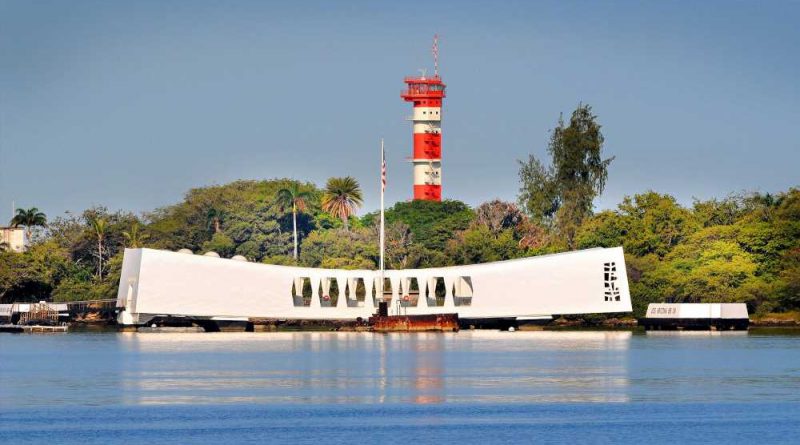 In honor of Memorial Day, the Pearl Harbor Aviation Museum, located on Ford Island in the middle of Pearl Harbor, is opening the Ford Island Control Tower on May 30, following a 10-year, $7 million restoration project.

The new Top of the Tower guided tour takes visitors up an elevator to the upper cab of the red-and-white-checkered control tower, where they can get a 360-degree view of Pearl Harbor from 168 feet high.

“The Ford Island Control Tower stands as a symbol of resilience and peace, standing watch over this hallowed ground,” said Elissa Lines, executive director of the Pearl Harbor Aviation Museum, in a press release. “It’s time for the world to witness Pearl Harbor from an aerial perspective.”

From the top of the tower, visitors can see the USS Arizona Memorial, Battleship Row, military bases and the Ford Island runway. An exhibit of historical videos and photos of the attack on Pearl Harbor are also on display.