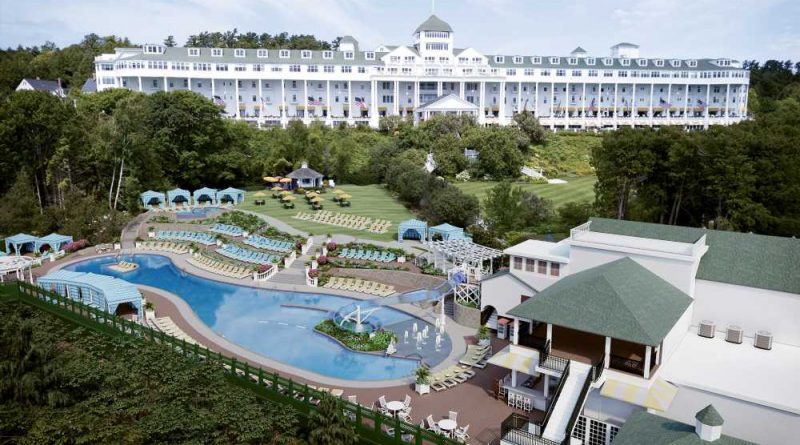 It was the scent of the island that welcomed me before I ever stepped onto the car-free streets of Mackinac Island. The lilacs were in bloom, and the air was perfumed with the sweet scent of the flowers as I made my way from Shepler’s Ferry to the dock with my son asleep on my shoulder.

We were greeted by baggage handlers, who seamlessly (and quietly) moved our luggage from the boat to wagons pulled by bicycles so as to not to wake my sleeping toddler. We immediately boarded a horse-drawn carriage destined for the green-roofed hotel at the top of the hill and began our weeklong retreat at the Grand Hotel in the same way visitors had done centuries before us.

My son awoke as we neared the red-carpet entryway, so his first view of the island was the stunning white pillars contrasted with the ebony horses that were pulling us nearer to the entrance.

The impressive sight of nearly 100 perfectly white, wooden rocking chairs lining the 660-foot front porch had the two of us in awe.

Life moves at a slower pace on Mackinac, and that’s by design. Motor vehicles were banned more than 120 years ago because they were scaring the horses, and they are still banned today on the island, which sits on Lake Huron between Michigan’s upper and lower peninsulas. 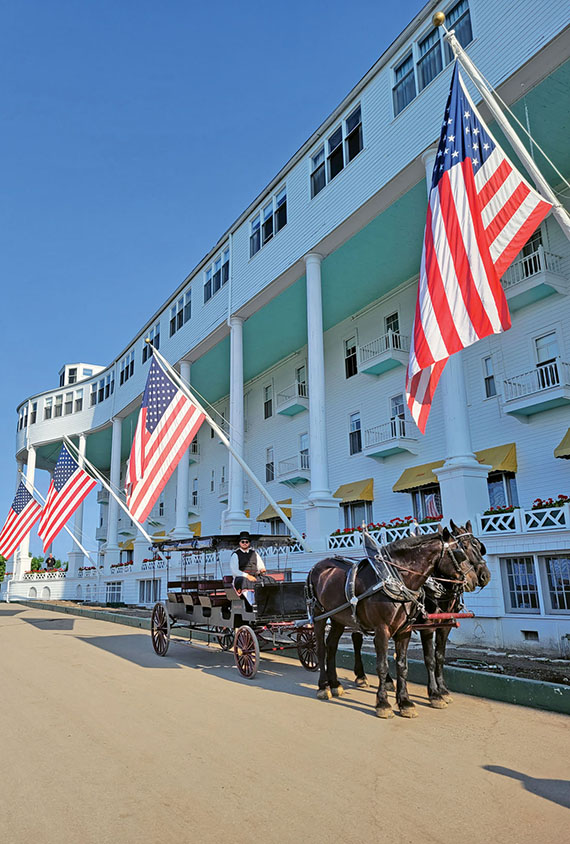 Horses and carriages share road space with more than 85,000 bicycles, and aside from that, walking is the only other way to arrive at the Grand Hotel.

The hotel opened in 1887, when rooms went for $3 to $5 per night and guests from all over arrived on the island via a lake steamer and railroad from Chicago; Erie, Pa.; Montreal; and Detroit (rates start at $429 per person now). Guests dressed in their finest as they arrived in horse-drawn buggies, and a staff of tuxedoed and white-gloved workers welcomed them from the footsteps of the Grand Porch. The hotel’s front porch at the time was the longest in the world, and the property says it remains so to this day.

It’s hard not to feel the history as you walk the grounds of the Grand Hotel. Mark Twain gave lectures here for $1 a seat, and agents of Edison Phonograph first offered once-weekly demos of their new invention. Countless movies have tried to capture the effortless elegance of this grand dame hotel, which is now writing a new chapter in its history.

Over the decades, the hotel has focused more on restorations and upgrades than major renovations, but this past year it underwent its biggest renovation project since 2001, when 52 rooms were added, the Grand Pavilion event space was built and electric boilers were put in.

During the pandemic, some of the hotel’s shops were replaced; the former space of Grand Jewelry & Co., for instance, is now occupied by Grand Kids, focused on catering to the needs and whims of the hotel’s youngest guests. Other shops were refashioned and rebranded. And a new casual dining option called Grand Coffee & Provisions was added. The grab-and-go shop offers breakfast and lunch items, along with craft coffees and teas. 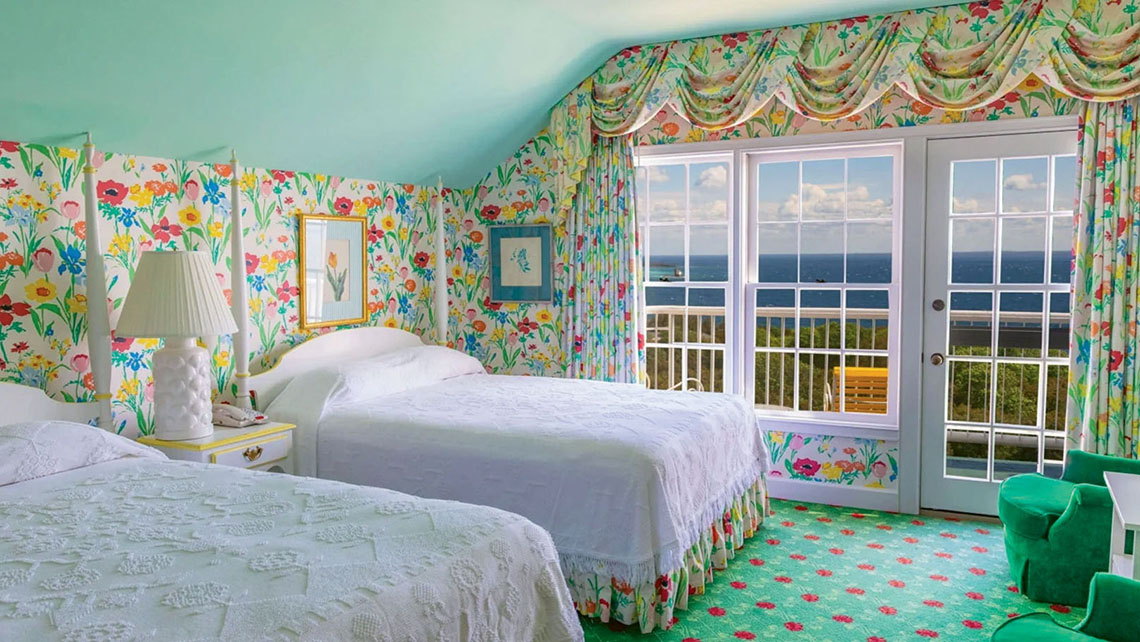 Most recently, Grand Hotel, now operated by Davidson Hotels & Resorts, partnered with designer Vern Yip of TLC’s “Trading Spaces” and HGTV’s “Design Star,” who helped with the design and renovations of some guestrooms and the iconic Esther Williams Swimming Pool.

Just in time for its 100-year anniversary, the pool’s face-lift included a new family-friendly area with a zero-depth entry, water-jet play area and twisty waterslide for adults and children alike. A large, heated whirlpool was added, as well, along with an infinity-edge, adults-only pool that looks out over the Straits of Mackinac.

The new pool area features new pool furniture on the deck, terrace and lawn as well as 15 reservable cabanas that come with food and beverage service for the duration of the reservation. The pool area more than ever has become a hub for families soaking in the warmth of this historical hotel, where days are spent splashing and lounging while nights are spent floating on the water for a sunset dive-in movie shown on an inflatable movie screen visible from the pool.

The new pool house includes a fitness center and bathhouse, with changing rooms, lockers and showers for guests to freshen up before heading to the new pool bar and kitchen for elevated cocktails and bites.

Additionally, this year nearly all the bathrooms in the hotel’s 388 guestrooms bathrooms were renovated.

The additions and modern upgrades will ensure that Grand Hotel remains grand for many years to come. But rest assured the things that truly make this a grand place — evening dress codes, horse-drawn transportation and evening sundowners on the Grand Porch — remain intact.

Books open for Eclipse at Half Moon in Jamaica