Arnaud Carnet was crossing Paris on his bicycle one day when something strange caught his eye: a dilapidated old urinal stationed at the foot of the high walls of the last operational prison in the city.

This graffitied, ripe-smelling structure was far from a standard street pissoir. Carnet discovered that it was in fact the last remaining 19th-century vespasienne urinal in the city. He decided he needed to save it.

“It no longer conforms to the comfort standards of today,” he says of the urinal (an understatement). “But it’s a piece of heritage and it’s in a terrible state in the middle of the boulevard – it’s not possible to just leave it like that.”

In January, Carnet submitted a proposal to restore the vespasienne to Paris’s participatory budget scheme, which allows residents to vote on how they want the city to spend €100m (£89m) – 5% of its capital budget.

The urinal is “part of the great Parisian history of public sanitation,” he says, though he admits he’s never used it himself. “The participatory budget is an opportunity to give it a second youth.” 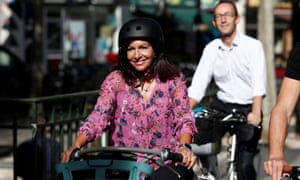 Carnet’s project was one of 430 that went to public vote between 6 September and 22 September this year. Sadly for him, the vespasienne was not one of the 11 major projects and 183 smaller propositions that earned enough votes to become reality. Instead, Parisians chose projects that ranged from better recycling facilities to upgraded cycling infrastructure to programmes to help women who are experiencing homelessness.

More than 140,000 people voted in the scheme, the sixth (and possibly last) time residents have been able to choose how the administration of mayor Anne Hidalgo spends a significant portion of its money.

As usual, while the quixotic propositions tend to garner attention during the voting stage, it is the serious improvements to the city that tend to get funded, such as the €1.5m plan to upgrade cleaning facilities that won more than 37,000 votes last year, or the decision to send funds to a temporary migrant camp built on the outskirts of the city at the height of refugee arrivals to Europe.

Paris’s deputy mayor for local democracy, Pauline Véron, says the vast majority of projects “aren’t bizarre or complicated – they’re serious. They can be original, a bit new or innovative, but they’re not harebrained.”

The scheme was launched when Hidalgo came to power in 2014. At €45 per inhabitant, Véron says Paris runs the largest per capita participatory budget in the world. Overall, more than 1,800 individual city improvements have been realised thanks to the public vote, Véron says. 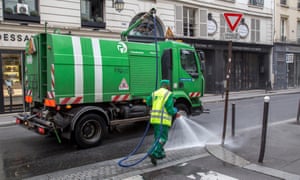 Thousands of proposals are submitted each year and must pass a feasibility study before qualifying for the vote. A plan to bulldoze Sacré-Coeur on the basis that it was an insult to the legacy of the 1871 Paris Commune was famously disqualified at this stage in 2017. (The city demurred not because the project would involve the permanent destruction of one of the most famous buildings in the world, but because the church belonged to the Archdiocese of Paris, and was hence outside its jurisdiction.)

Despite this, the Paris incarnation lacks the radical spirit of the Brazilian scheme, says Gilles Pradeau, who is writing his PhD on participatory budgets at the University of Westminster. He notes that while a large part of the Porto Alegre budget was decided by residents, “what is critical in Paris about the making of the city is not done through participatory budgeting”.

Still, the Paris scheme and one launched in Lisbon in 2008 have helped kick off a wave of imitators across Europe – similar projects are under way in Milan, Glasgow and Madrid. In France, the number of participatory budgets has doubled each year since 2014.

With city elections set for March next year, it is not certain that Paris’s participatory budget will survive if Hidalgo, who has not yet announced her candidacy but who is widely expected to run, does not win re-election. 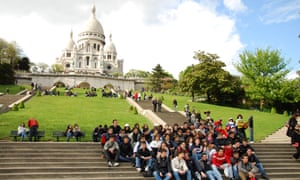 Véron says the scheme has been criticised by members of the rightwing Les Républicains party in the past. But those attitudes might be changing. A recent study of participatory budgets across France found that they were becoming increasingly popular across all political parties, with 23% administered by rightwing administrations in 2018.

Whatever happens in 2020, Véron says the budget will be an important part of Hidalgo’s legacy.

And if the legacy of the last vespasienne in Paris still hangs in the balance, public urination did get a boost this year: a €240,000 proposal to install designer urinals along the Canal Saint Martin will now go ahead, thanks to the votes of more than 2,000 impatient Parisians.

Tokyo’s tipping point: is the impenetrable city finally opening up?