On the evening of 13 November 1985, Luz Estrella Arías was at home with her young daughter in Rio Claro, a hamlet in Caldas in the heart of Colombia’s coffee region. When she heard the roar, at first she thought it was a truck overturning. Then she heard the screams.

“My first instinct was to stay in the house,” she says. “My husband had a prize cockerel that we couldn’t afford to lose. But then the water started coming in, so I grabbed my daughter and stepped outside. The water swept me off my feet, but I managed to grab a coffee plant and hang on.” She swings from one of the pillars of her porch, recreating the gesture. 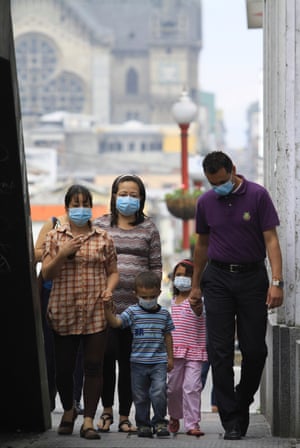 Arías was fortunate; her house was higher up the slopes of Rio Claro. More than 250 of her neighbours in the valley below weren’t so lucky – they were swept to their deaths by the water and rocks coughed up by the eruption of Nevado del Ruiz, a volcano 15km (nine miles) to the east. It took months to clear the debris and recover the bodies.

On the volcano’s eastern side, however, the damage was catastrophic. When a pilot telephoned then-president Belisario Betancur to tell him the town of Armero had been “wiped from the map”, the president told him not to exaggerate. But he wasn’t: two-thirds of the 29,000 inhabitants had died in the mudslide, the worst natural disaster in Colombia’s history.

Sprawled over a series of mountain ridges in the shadow of Nevado del Ruiz, this urban area faces a panoply of natural disaster risks that are unlikely to be matched anywhere else in the world. The city of Manizales, the capital of Caldas, experienced six major earthquakes in the 20th century, including one with a magnitude of 6.2, which killed 2,000 people in the neighbouring town of Armenia. Full eruptions of Ruiz like the one in 1985 are rare, but the volcano frequently belches ash that coats the city and closes the airport. The region’s mountainous terrain, meanwhile, creates a microclimate prone to torrential rains and ideal conditions for mudslides.

The city’s 400,000 citizens have learned to live with their precarious situation. Its founders were muleteers, operating between Bogotá and the Pacific coast, and caldenses – as the region’s inhabitants are called – were known for their hardiness. Spurred on by the bitter lessons of the Armero tragedy, they have now earned a new reputation: for good public policy

Manizales has become a global reference for disaster-risk reduction. On the walls of the Colombian Geological Survey office, a dozen plasma screens relay seismic activity, satellite imagery and webcam footage of the nearby volcano. With nearly 150 sensors and data points, Ruiz is one of the most closely monitored volcanoes in the world. 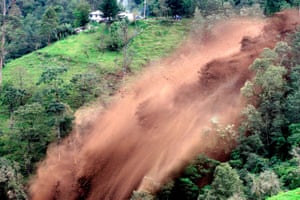 In the city’s outlying poorer neighbourhoods, meanwhile, work is in progress to stabilise the grassy hillside slopes with concrete, and to dig runoff channels to mitigate floods. The city has a mapthat evaluates risk down to individual buildings. Sensors also provide automated, real-time analysis of floods and earthquakes.

“In the event of a quake, potential damages to buildings is calculated automatically, allowing authorities to begin deploying resources to the most affected areas in a matter of minutes,” says Mario Salgado-Gálvez, a Colombian seismic risk specialist. “Manizales is recognised around the world for its innovative approach to preventing and responding to disasters.”

The city’s particular success is based on policy, rather than technology. Colombia already requires all municipalities to undertake thorough risk assessments and mitigation activities – but disaster-risk reduction suffers from a lack of political will. Governors and mayors tend to view visible projects, such as schools or sports stadiums, as better investments for their own political prospects rather than spending on more prosaic disaster resilience, which pays off at some undefined point in the future. Nearly two-thirds of the regional land-use plans required by Colombia’s national system have yet to be implemented. 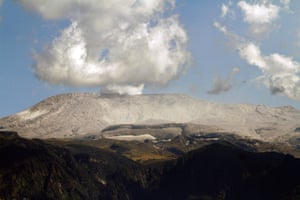 In Manizales, however, experience has bred community awareness.

“We’ve had to learn from our previous disasters,” says José Octavio Cardona, the city’s desk-thumping mayor, from a top-floor office that looks over the city towards the volcano. “Risk prevention has become part of our culture. Citizens understand the importance of investing in prevention.”

The city funds its projects through a variety of methods. There is an environmental tax. A cross-subsidised collective insurance premium is charged on properties, meaning higher-income sectors cover poorer groups. Tax breaks are also on offer to homeowners who reduce the vulnerability of their properties.

Each October the city holds “prevention week”, in which emergency drills are practised, not just for natural disasters, but for traffic accidents and fires, too. This year the focus is on training Caldas’s 60,000 schoolchildren – often the most vulnerable in a disaster – on how to react to earthquakes and landslides.

Complacency is the enemy. “Whatever we do is never enough,” says Cardona. In April 2017, intense rainfall caused more than 300 landslides and killed 17 people. Yet within a week, thanks to accurate warning and response systems, blocked roads were cleared and the city was functioning again. 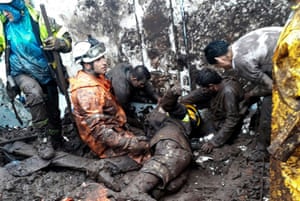 Nevertheless, reminders of the perils of unpreparedness are everywhere. One month previously, in the city of Mocoa in the country’s south, a similar storm resulted in one of the most deadly disasters in Colombia of the last decade, when landslides killed more than 250 people. Another 30,000 were evacuated and recovery efforts took close to six months.

Back in Rio Claro, the gutted shell of the church destroyed by the 1985 eruption is yet another reminder. Across the road, three black sirens have been erected to alert citizens in case of evacuation.

Arias now lives further up the mountain, in a new settlement, part of a relocation programme that has moved thousands of families out of flood-prone areas. She has been trained in how to respond to an emergency, and says she now feels far more prepared than she did in 1985. She thinks back to being reunited with her husband the day after the eruption.

“I thought he would be furious about the cockerel, but he just embraced me and told me the only thing that mattered was that I was safe.”