Though many people are heading to New York City to celebrate New Year’s Eve and the traditional ball drop, others are heading west to warmer weather and the Tournament of Roses.

Since 1890, the Rose Parade has been a New Year celebration in Pasadena, California. Floats full of beautiful flowers will be joined by marching bands and equestrian units in a spectacle fit to start the new year. This year, the parade’s theme is “Melody of Life” and the Grand Marshal is Chaka Khan.

The first Rose Parade may have had only 3,000 spectators, but you can expect thousands upon thousands more at this year’s event. We want you to have the best time, so check out our guide to the Rose Parade and start off your New Year’s right.

The 5.5-mile route will begin on Orange Grove Boulevard and head through downtown Pasadena on Colorado Boulevard, before turning north on Sierra Madre where it will end.

Where to Watch the Parade

Many people sit in the bleachers that are set along the parade route if they don’t have access to a rooftop or upper-level window that faces Colorado Boulevard. These grandstand seats, unfortunately, cost $65, which can be pretty expensive if you’re attending the parade with a family or group of friends.

Parade-goers can stand on the sidewalk along the route, but this space goes fast. Some people will find a spot along the route and sleep there overnight just to have a good vantage point. If this is of interest, keep in mind that Pasadena allows visitors to start staking their spots on December 31 at 11 p.m.

If you’re not one to sleep overnight on the parade route, try finding a good spot on the sidewalk near the end of the parade at the intersection of Sierra Madre and Villa Street on the morning of the parade.

If you find a sidewalk spot, you may want to bring a foldable chair so you don’t have to stand the entire time. Though take note that officials will remove your chair if there’s no one sitting in it.

You’ll want to bring snacks, as the parade moves quite slowly and will take several hours to complete. Officials will even allow a small barbecue as long as it’s not near buildings, is a foot off the ground and is accompanied by a fire extinguisher.

There are public toilets along the route and visitors use them quite freely. Bring a packet of tissues in case the toilets run out of toilet paper, as well as a bottle of hand sanitizer, too. How to Get to the Parade

The streets of Pasadena will be crowded so prepare your travel plan well in advance. Road closures will begin at 10 p.m. on December 31 and will include the parade route and side streets around the parade.

If you’re driving, take Walnut Street or Del Mar Boulevard instead of Colorado Boulevard. Take note that parking will be a madhouse and may result in long walks to get to and from the parade route.

Uber and Lyft will be expensive and difficult to access with so many spectators, but could be a better option than driving.

Perhaps the best option for parade-goers is to use the Del Mar and Memorial park stations, which are two blocks from the start of the parade. The Lake and Allen stations are four blocks away. This could be the most cost-efficient method, too.

Several bus lines will also be operating to and from the Rose Parade.

Skip the Parade, See the Floats

If you celebrate too hard on New Year’s Eve and can’t make it out to the parade by 8 a.m., don’t worry. The Rose Parade floats will be on display at Sierra Madre and Washington Boulevards between 1 and 5 p.m. on January 1st, and from 9 a.m. to 5 p.m. on January 2nd.

Just keep in mind that it will cost $15 to see these stationary floats after the Rose Parade. 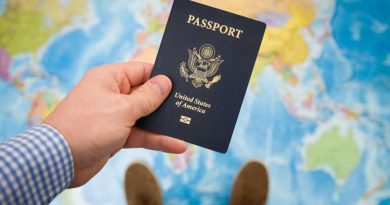 ‘We’ve become like a family’: innovative groups help refugees settle in US cities