In Hong Kong, religion is a grab-bag of whatever seems appropriate. Buddhism, Taoism and local folk religion are widespread and intermingled, leading to temples and shrines that are dedicated to great gods, minor deities and the most humble of saints. Here are nine you have to visit in Hong Kong.

Founded in 1906 by three monks from eastern China, the Po Lin Monastery sits high on Lantau Island. The temple and grounds are beautiful enough, but most people (monks aside) visit because of the main attraction: the Tian Tan Buddha, known to all as the Big Buddha. The name’s for obvious reasons: weighing more than 250 tonnes and sitting 34 metres (112 feet) tall, it’s the world’s largest outdoor seated bronze Buddha. That may be a lot of adjectives, but it’s an impressive sculpture nonetheless – if you’re not exhausted by the 268 steps it takes to reach it.

Built on a boulder

Nestled away around the back of the rapidly trendifying Tai Hang district is the Lin Fa Temple, built in the mid-1800s as Hong Kong’s population rose from fishing community to British colony. Lin Fa means “lotus”, so named for the shape of the boulder on which the temple both sits and is a part of: the rear of the temple melds with the rock itself, while the other walls form a curious half-octagon. When you’re done with your visit, sample a touch of new Tai Hang at Second Draft just around the corner, which serves fusion Hong Kong food and a wealth of locally brewed craft ales.

Banyans in the breeze 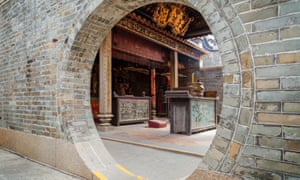 The street known as Stone Nullah Lane is split into two halves: one is a bustling market, the other an enclave of some of the city’s coolest bars and restaurants. But right at the top of this sloping street sits Pak Tai Temple, rising above the chaos. Overhead, two vast banyan trees provide relief to those who have just slogged up the street in the height of summer. Hong Kong’s largest temple complex is dedicated to Pak Tai, a god who ensures that good triumphs over evil. The temple dates back to 1863, but the copper statue of Pak Tai that locks eyes with you as you enter is at least two and a half centuries older. 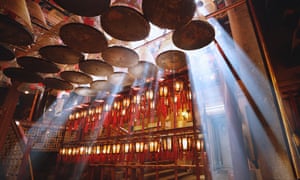 The charming Man Mo Temple (124-126 Hollywood Road, Sheung Wan) is named in honour of two deities: Man Tai, the god of literature, and Mo Tai, the god of war. The pair were worshipped in imperial China by scholars seeking to do well in the all-important civil service examinations, and the temple is still frequented by students looking for that extra boost to their exam grades. This small but beautiful temple, built in 1847, is particularly set apart by its covered inner courtyard, in which coils upon coils of incense hang, their smoke drifting lazily towards the heavens. 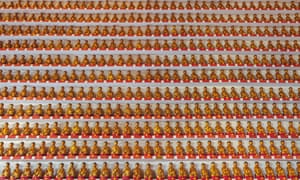 Getting to the Ten Thousand Buddhas Monastery (220 Pai Tau Village, Sha Tin) is half the fun. It’s a short walk from Sha Tin MTR station to the steep temple path that runs up the hill and is flanked on either side by thousands of life-size gold-coloured arhat saints. Each is unique and many are very odd indeed, engaging in everything from curious gurning to displays of extraordinary superpowers. The temple itself dates back to the 1950s. In the main hall, close to 13,000 Buddha statues occupy little niches along the walls, leading up to the preserved and gilt-coated body of the Yuet Kai, the man who built the temple. 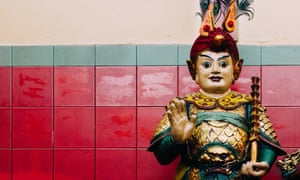 The Tin Hau Temple in Yau Ma Tei is a little dose of serenity in the middle of the confusion of Kowloon. The shrine is one of many dedicated to the goddess of the sea, Tin Hau: back in the day, before the city’s extensive reclamation, it actually used to sit by the coastline. The temple is nice, but what’s truly captivating is the public square in front of the temple, which lies shaded by several huge banyan trees. Life is always playing out in the square, with shoppers taking a break from a busy day, or a clump of elderly men gathering and yelling out helpful (or otherwise) advice to those playing Chinese chess. Nearby is the beautifully retro Mido Cafe (63 Temple Street, Yau Ma Tei), whose tiled floors and green-framed windows could have come straight out of a Wong Kar-wai movie. 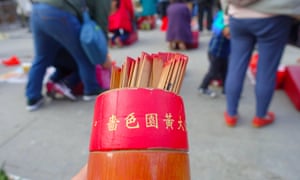 Busy with tourists and locals alike, the Wong Tai Sin Temple is a grand construction where wishes are said to come true. The devout – and those just having a punt – come to practise kau cim, a method of fortune-telling in which a question is posed while shaking a single numbered bamboo stick out of a cup full of them. The first to hit the ground is then taken to a fortune-teller, where for a modest fee your stick will be interpreted, and your divination provided. 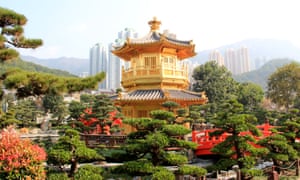 The large Buddhist temple and picturesque grounds that make up Chi Lin Nunnery (5 Chi Lin Drive, Diamond Hill) and Nan Lian Garden (60 Fung Tak Road, Diamond Hill) opposite sit in the centre of the Diamond Hill district. They make for a curious contrast to the residential blocks that tower over the serene bridges, still lakes and artful rock gardens. It’s extraordinarily peaceful in a city that’s hardly renowned for its tranquility. The buildings in the complex were crafted entirely from wood – without a single nail at all. Make time to grab a bite at Chi Lin Vegetarian restaurant, located beneath a waterfall in the gardens, which specialises in Buddhist vegetarian cuisine.

If you want to see how day-to-day worship takes place in Hong Kong, then stay away from the big temples and keep an eye out for the little shrines. The doorway of almost every single ground-floor shop will have a small shrine to the earth god, Tudi Gong, who watches over the land. That selfsame god is worshipped at the tiny Sam Yee Kwan Temple at the top of Wo On Lane in the heart of Lan Kwai Fong’s nightlife district. More of a shrine than a temple, its origins are lost to time. Ponder them over a beer at the Baby Buddha bar, which overlooks the spot. 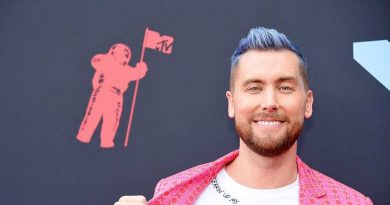 On board the Trans-Siberian Railway for a centenary ride

Nordic walking: a pilgrims’ route from Oslo to Trondheim