Home » Family holidays » ‘Paris is where I learned, like Hemingway, to be poor and happy’

I moved to Paris in 2011 and that summer I broke both of my elbows. With two full-arm casts, I couldn’t cook, so I ate lots of filled baguettes on a garden bench. I used to watch a group of elderly locals play pétanque most afternoons at a courtyard in Montmartre, and I still go to watch from time to time. I love that Parisians play pétanque: it makes me feel like I’m living in a big French village. 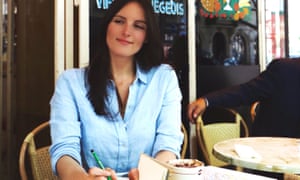 Paris still has eight working vineyards. My favourite is one I discovered while wandering around the Butte Bergeygre, a small neighbourhood in the 19th arrondissement that feels like a hill village. I was so taken with the view that I nearly missed the vineyard right under my nose, sloping up the hill. It only produces 130 half-litre bottles a year, so it doesn’t go on sale, but most of the city’s vineyards open for the Fête des Jardins in September, and let you wander through the vines and even sample the wine. 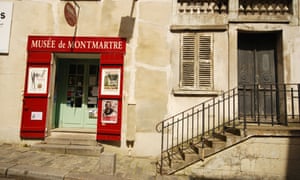 My book, Don’t be a Tourist in Paris, aims to help visitors find the real city. One chapter is called “Anywhere but the Louvre”. I like small, strange museums that feel like someone’s time-capsule home. Musée Edith Piaf, for example, is in an eccentric little Belleville apartment, filled with the singer’s belongings, including letters, her black dresses, books and records, which play softly in the background. It’s as if she’s just out of sight. The Musée de Montmartre let’s you imagine living a humble existence in an artist’s studio in the belle époque. 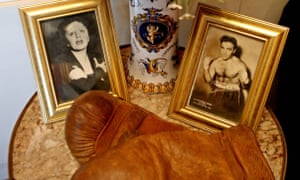 Not far from there is a kitsch little brocante that turns into a fairy-lit bistro by night.You sit on secondhand furniture, maybe catch an impromptu guitar set. It’s called Eva Pritsky and it’s my favourite place for a glass of wine before going salsa dancing at nearby Studio de l’Ermitage. Bohemian Belleville has some exciting new restaurants, too. Try a six-course tasting menu (€60) at Dilia or adventurous sharing plates from a talented British chef at Le Grand Bain.

I probably shouldn’t say this, but you can go behind closed doors in Paris. Many hide stunning courtyards and unusual architecture. Buildings all have entry keypads, but in office hours, to allow deliveries, they typically don’t require a code. Just press the main button and you’re in. It’s like secret agent sightseeing, which is probably a good way to describe my book. 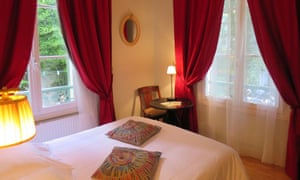 Hotel Eldorado is a cheap bohemian hideaway not far from Montmartre. Doubles cost from €60 room-only and there’s a secret garden restaurant. For something more romantic, try the peaceful Hôtel des Grandes Ecoles (€135 room-only). It feels miles from a city but is in the Latin Quarter, Ernest Hemingway’s old stomping ground.

Paris is where I learned, like Hemingway, to be poor and happy. It oozes history and tells so many stories of simpler times. There’s a lot less showing off here: you never feel like you’re missing out on the latest trendy bar opening. Even the young and hip frequent old mom-and-pop shops and family bistros. We’re nostalgic in Paris, which suits me. I’m forever chasing forgotten stories, and Paris has plenty.

All New TODAY Cafe to Open at Universal Orlando