Home » Family holidays » Parkrun tourism: 10 of the best routes in the UK and worldwide

From 13 runners meeting in Bushy Park, south-west London, in 2004, to five million members worldwide in 2018, parkrun has become a global phenomenon. There are now more than 1,700 of the free, weekly running events in 23 countries, with numbers continuing to rise. Beyond joining local races, there’s an increasing number of “parkrun tourists”, who plan trips in order to tick off unusual and spectacular routes from Singapore to South Africa.

There are even unofficial clubs with their own lingo to denote their achievements: the Alphabeteers, who tick off parkruns for each letter of the alphabet; the Cowell club (100 or more different events); Fielding club (250 different UK events), Freyne club (250 different global events); Yorkshire Pud-done (all the runs in Yorkshire and the Humber); East-Did-Lands and West-Did-Lands (all the parkruns in the east or west Midlands); and Going for Bailey (attempting to run your first 100 runs at 100 different events).

Now tour operators are getting in on the action. Exodus has incorporated parkruns in to several of its adventure holidays, including Sicily’s Aeolian Islands and Etna (eight days from £1,199); Port Elizabeth via the Garden route to Cape Town (12 days from £1,399), and Treviso and the Prosecco hills in Italy (4 days from £459).

All parkrun events, which are managed by volunteers, stay true to the original aim of being free and inclusive. “Unlike traditional running events that may require pre-registration, entry fees and cut-off times, at parkrun it is free to participate and speed is not important,” says Chrissie Wellington, head of health and wellbeing at Parkrun. “The popularity continues to grow by empowering local communities to implement a permanent mixed-gender, multi-generational health intervention that appeals to a broad cross-section of society. Particularly those for whom physical activity and volunteering is not the norm.” 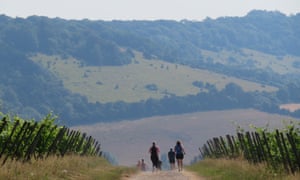 This parkrun takes place around the rolling vineyards of Denbies Wine Estate, in a county that is fast becoming one of UK’s biggest wine producers. The first half is mainly uphill, the second back down with views across the vineyards to Box Hill. Afterwards runners can head to the estate’s Conservatory Restaurant (where parkrunners get 10% off). 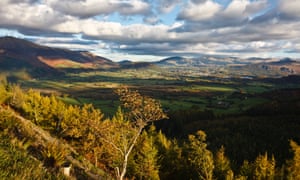 Nicknamed “Beauty and the Beast”, this route rewards runners with spectacular views after a 210-metre ascent. Whinlatter is one of England’s only true mountain forests, with a route though Douglas fir trees. With a red squirrel reserve and osprey nesting in the valley, it’s also a great area for spotting wildlife. 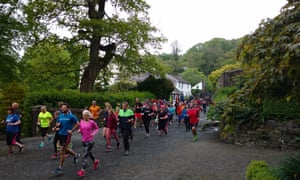 The park’s landscape is breathtaking and varied, with rugged cliffs and sandy beaches giving way to hills and woodland, and a coastal path stretching 186 miles. In a valley at the eastern end, Colby Woodland Garden, near Amroth hosts a parkrun, with three laps along trail paths through the meadow and forests. 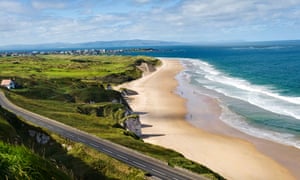 When it started in September 2012, this was the first beach parkrun in the world running entirely on sand. The out-and-back route starts in the town and heads out along the along the wide sandy beach of Whiterocks. Views on the outward run include Dunluce Castle ruins, the Giant’s Causeway headland and the Skerries, a small group of uninhabited islands around a mile from the coast. The group usually congregate at the watersports centre for tea and cake post-run.

The first parkrun to launch outside London, this route laps the beautiful urban park close to the university campus three times. It’s popular with visitors and locals as one of the oldest parkruns but also for its volunteers, including George Webster, 18, who’s become something of a local celebrity in the parkrun world. George, who has Downs syndrome, started as a token collector and has now completed 56 parkruns. He is also a “parkrun star”, acting as an advocate for their life-changing impact and encouraging others to get involved. 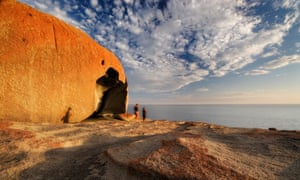 Australia’s third-largest island is home to an abundance of wildlife, including wallabies, koalas, seals and the eponymous marsupials which vastly outnumber the human population of 4,700. The island, in the state of South Australia, is a 45-minute ferry ride from the mainland port of Cape Jarvis. The coastal parkrun, which launched in 2017, starts and finishes at the tidal pool in Kingscote, the island’s biggest town. 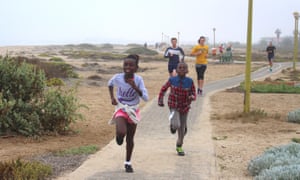 With the waves of the Atlantic on one side and golden Namib Desert sand on the other, this is a flat course popular with locals and visitors. The town is one of the largest in Namibia, with a well-kept promenade, wide roads and German colonial architecture, and was one of the first places in the region outside South Africa to host a parkrun. 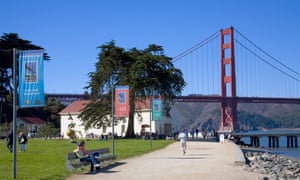 The parkrun team here say they’ve seen an increase in tourists from the UK, Australia and beyond, thanks to the views the route offers. On the first mile, runners see San Francisco Bay and Golden Gate Bridge, depending on the fog. On the return leg, there are views to Alcatraz, the Palace of Fine Arts, and the San Francisco skyline, including the futurist-looking Transamerica Pyramid, the second-tallest building in the city at 259 metres. 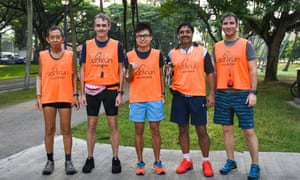 The first country in south-east Asian to host a parkrun, Singapore now has three. East Coast Park was the first, with a beach park route along a manmade sandy shore. Runners here can enjoy a post-event picnic under the palm trees or a dip in warm Singaporean Strait waters. The route starts at 7.30am rather than the usual 9am, to avoid the humidity, and weaves along the coast between Buddhist monks and dog-walkers. 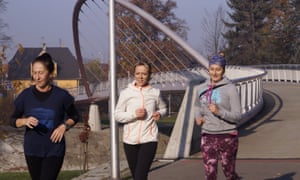 Taking in two countries in one run, this route starts and finishes in the Polish town of Cieszyn but crosses into the Czech Republic along the way. The city was divided between the countries in 1920, following a short border war, with Cieszyn the larger neighbour of its Czech sister city, Český Těšín. The city parkrun here straddles the River Olza, which forms part of the boundary between the two countries. Another two-for-one run is the Severn Bridge parkrun from Wales into England and back, which launched last year.

• This article was amended on 7 February to state that Singapore has three parkruns instead of two. 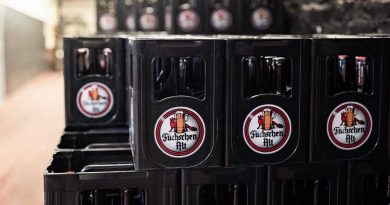 How a German Brewery Saved 1,500 Gallons of Beer That Were About to Expire