Start the Tolkien Trail at the hamlet of Hurst Green, home to three pubs and no shops, and head north towards the 500-year-old Stonyhurst College, which schooled Sir Arthur Conan Doyle, Gerard Manley Hopkins and at which JRR Tolkien stayed numerous times throughout his life. The area around the college is said to have inspired the Shire, the land of the Hobbits. The five-mile circular route features the so-called Cromwell’s Bridge, which the New Model Army crossed to meet the Royalists at Preston in 1648. Magnificent views of Pendle Hill, famed for its witches, and Clitheroe Castle also star in this magical walk.
Chris 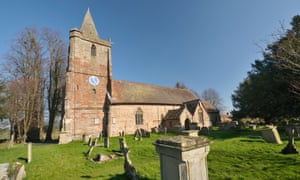 Six poets, including Robert Frost, Edward Thomas and Wilfred Gibson gathered around the Gloucestershire village of Dymock just before the outbreak of the first world war. They walked, talked and wrote, inspired by the rolling verdant countryside. One of them, Edward Thomas, only started writing poetry in December 1914 and had written nearly 150 poems before he died at the Western Front in April 1917. In 1990, a descendent of his opened two eight-mile Poets Paths, which start at the village and pass by the poets’ cottages. Reflecting on past times, we ambled by black and white cottages and apple orchards soothed by birdsong.
Maria

Estuary amble, Firth of Forth 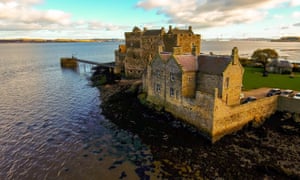 The linear walk from Blackness to North Queensferry allows you to visit sites from very different periods of Scottish history: Blackness Castle is a spectacular 15th-century fortification on the Forth estuary; Hopetoun House is a stunning 17th-century stately home and the Forth bridges highlight amazing engineering from the 19th, 20th and 21st centuries. We took the train from Edinburgh to Linlithgow then the bus to Blackness Castle. From there, we followed footpaths for about seven miles to Queensferry before walking across the Forth Road Bridge and taking the train from North Queensferry back to Edinburgh.
Graham Dean 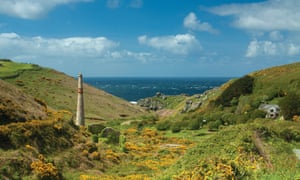 From St Just Square to Pendeen Watch, this is often called the Tin Coast walk. Cutting down into Kenidjack Valley, as painted numerous times by Kurt Jackson, the walk ascends to the coast path from the valley bottom and takes in all the drama, tragedy and history of Botallack, Levant and Geevor mines, more beautiful granite cliffside crags and zawns (narrow inlets) and blank-eyed engine houses than you can shake a stick at, before ending at the lighthouse at Pendeen Watch, where the rugged western coast swings north towards St Ives. Astonishing.
Chris Sawle 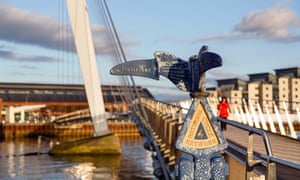 From the 1770s through to the mid-19th century, my home town of Swansea was one of the world’s leading producers of smelted copper. There are evocative reminders of the city’s past on a gentle, four-mile return walk along the leafy banks of the River Tawe to White Rock, site of one of many smelting works. Cross over the Sail Bridge opposite Sainsbury’s and walk along the side of the Tawe on cycle route 43. You will pass ruined wharves, abandoned kilns, and remains of the original dock. Work is under way to protect the area as a site of special scientific interest and develop it into an industrial heritage park.
• whiterocktrails.org
Louise 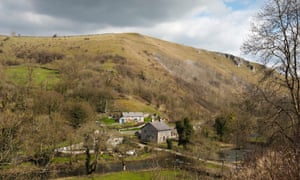 The steep valley of the River Wye, near Tideswell in Derbyshire, is a beautiful wooded landscape but, in the late 18th century, it was one of the birthplaces of the industrial revolution. This five-mile walk, from the Monsal Head car park, passes through disused railway tunnels and over bridges with dramatic views, and visits Litton Mill, once notorious for poor working conditions, including child labour. The mill nestles in Millers Dale, and has now been converted into apartments, but it still has a strange atmosphere, at odds with its surroundings, and it gives a fascinating insight into the ebb and flow of technological change.
Noelle 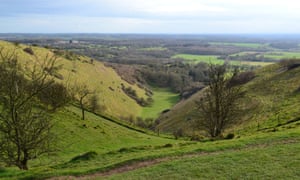 The Devils Kneading Trough and Wye Crown sit on the North Downs chalk escarpment above attractive Wye village, just a few miles from Ashford and an hour’s train ride from London. The North Downs Way national trail opened in 1978 and follows closely the route between Winchester and Canterbury Cathedral where pilgrims travelled in ancient times to pray at the shrine of Thomas Becket after his brutal murder at the hands of four of King Henry II’s knights. A little further on, the Devils Kneading Trough national nature reserve plunges a deep and dramatic scar in the landscape created by the last ice age. A glorious four-mile circular walk with views to Dungeness and even Rye.
Peter Morris

A piece of Portugal, New Forest 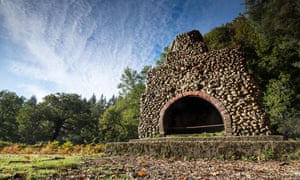 The peaceful three-mile beech-lined walk from Millyford Bridge car park near Lyndhurst hides an unexpected secret. After crossing tumbling streams and perhaps spotting deer and New Forest ponies, you will suddenly come upon the Portuguese Fireplace. This moving and unusual monument is all that remains of the site of a camp occupied by a Portuguese army unit during the first world war that, with Canadian troops, helped produce timber for the war effort after the locals had gone off to fight. The Forestry Commission have retained this fireplace from the cookhouse as a memorial to the men who lived and worked here.
Rod 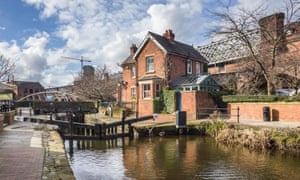 Two thousand years in three miles – a walk along the Rochdale Canal offers an extraordinary snapshot of the city’s history. It mostly follows the towpath in the open but there is a long tunnel near Piccadilly station and you walk along colourful Canal Street. Plenty of opportunities en-route to leave to explore the surrounding streets or seek refreshment. Starting at lock 92 Castlefield, just below the Roman fort, you’ll see the Beetham Tower, a Victorian grade II-listed former power station and modern apartment blocks. After lock 82, walkers come across the magnificent Royal and Murrays’ cotton mills and, on the other side, the New Islington regeneration area, including a new stretch of canal and the striking Chips building.
Jenny Harkison 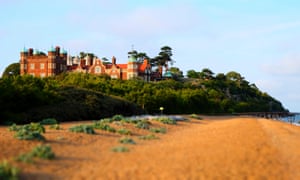 Landguard Fort was the site of the last opposed seaborne invasion of England. In 1667, a Dutch force was repulsed here by the Royal Marines in their first land battle. This six-mile walk from the fort to Bawdsey Manor takes in sea views, modern docks, history and plenty of pitstops for tea. Pass along the Felixstowe promenade, perhaps stopping for cake and a beverage at The Alex. Ideally time it so that you can walk along the beach near low tide (road alternative available) past the picturesque beach huts. You will pass four imposing Martello Towers, built between 1805 and 1812, to resist a potential invasion by Napoleon. Either stop at Felixstowe Ferry for further coffee and cake, or take the foot ferry across the River Deben and finish at Bawdsey Manor, where in the 1930s Robert Watson-Watt carried out the research that led to the creation of the UK’s vital radar defence during the Battle of Britain.
Tim