The collection is breathtaking – true colour photographs commissioned by the banker and philanthropist Albert Kahn in the early 20th century and taken all over the world. The idea was to create an archive of the planet, and it is considered one of the world’s most important collections of early colour photographs. The colour makes views from a hundred years ago very fresh, and yet somehow alien. Few people, colourful clothes, countryside without much construction. Some places have not changed, for instance Mostar’s bridge (now reconstructed) looks just as it did 100 years ago. Exhibits change regularly enough and every time I was taken by how remarkable the collection is. The Japanese gardens attached to the museum are gorgeous as well.
• €4/€3, albert-kahn.hauts-de-seine.fr
Amaury 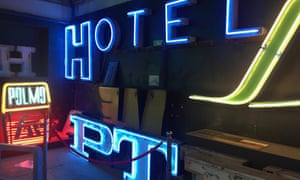 Unexpected enlightenment in a derelict-looking backstreet warehouse! While entrepreneurs in the west were using neon to entice customers to buy beer, cigarettes, hamburgers and sex, during the cold war the Polish state was using neon to lift the spirits of workers from the drab streets. Have your retinas bleached and bask in the warm incandescence of arty propaganda in this unique museum in the suburb of Praga.
• £3 neonmuzeum.org
Martin Charlesworth 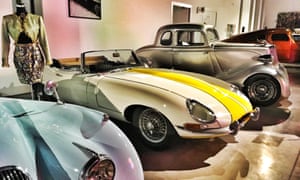 Often known simply (but misleadingly) as the Automobile Museum, this hidden gem combines the history of automobile design with that of haute couture fashion, alongside works of contemporary art inspired by them. In a restored tobacco factory, a stroll along the seafront from the city centre, it treats both cars and clothing as works of art, and locates them in their social history. From rare Bugattis and Ferraris to Chanel and Prada, from the belle époque to art deco and hot rods, allow a good couple of hours to admire this beguiling collection of treasures.
• €9.50/€5, museoautomovilmalaga.com
Helen Colley 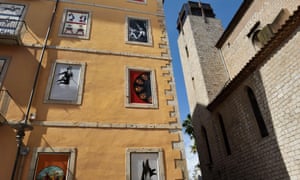 This place offers a fascinating journey through the history of cinema, starting on the top floor with early moving picture gizmos like interactive zoetropes and cameras. As you work down from the top floor to the bottom, the whole of cinema history is covered. It is packed with posters, technology and short films. Some of the most fun are the ones showing how special effects have been created over time. Even the outside of the museum is an amazing smorgasbord of film reels and vintage cinema art.
• €6, children free and free to all on the first Sunday of every month, catalunya.com
Elizabeth Heaney 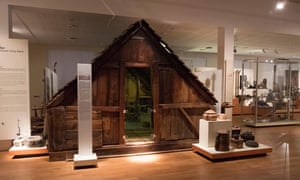 This absorbing museum’s permanent collection is a wide-open window on the country’s surprising cultural history, comprising archaeological artefacts and interactive displays. These include Viking boats, Celtic jewellery, Christian iconography, Danish royal paintings and photos of the 1975 women’s strike. More curious items include the 900-year-old preserved remains of the Lady In Blue and a log cabin depicting the interior of an early Icelandic home. Apparently settlers buried their food in winter and covered it with excrement to survive. You’ll look at the locals in a whole new light.
• £12/free, thjodminjasafn.is
Amy 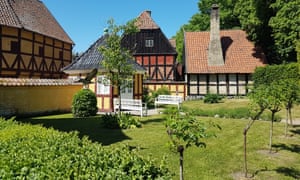 The European city of culture in 2017, Aarhus is fast becoming one of the best cities to visit on the continent – yet it’s still not on many people’s radars. Our highlight was Den Gamle By (Old Town), which covers life from the 1500s to the 1970s. You can spend days there, meandering from the 18th-century apothecary and 19th-century bakery to the 1970s sexual health clinic and basement jazz bar. And the beer and Danish open sandwich in the sunny terrace cafe were spot on.
• €19/€10dengamleby.dk
Laura King 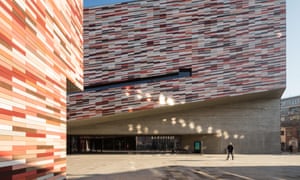 As the crowds flock to the more famous sights, cross the bridge and head inland to the M9 museum in Mestre for a different take on Italy. While so many Italian museums focus on its ancient and medieval past, M9 takes us on the rollercoaster ride that was 20th century Italy. Interactive displays connect us with the political, economic and social upheaval that was experienced from Trapani to Trieste, world wars to the European Union, abject poverty to economic boom, and emigration to immigration. It is an Italy unseen by many and offers a richer understanding of what makes it such a fascinating country.
• €14/€10, m9museum.it
Steve Bassett 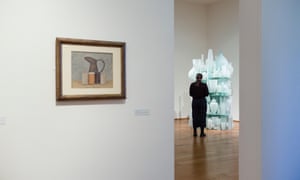 This outstanding museum houses permanent collections from the second world war to the present day, but its real strength lies in works from the heyday of Red Bologna in the 1970s, when political revolution was in the air and art “took to the streets and walls of the city”. The second time I visited it had a remarkable exhibition on the politics and art of Italian filmmaker and writer, Pier Paolo Pasolini. And not least, it has a stylish cafe bar where you can sip an afternoon espresso while perusing its art and poetry books.
• €6/€4, mambo-bologna.org
Olivia arigho-stiles 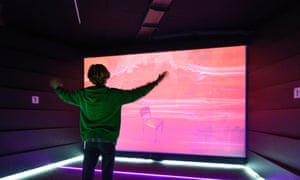 The House of Music will bring out the child in everyone as sound and music are brought to life through interactive exhibits which show off classical composers, street noises and visual demonstrations of wavelengths. You can also conduct an orchestra, have Mozart write your name in music, compose a waltz using dice and walk up a piano staircase. We found ourselves running between the exhibits as the magic of the music took over. This museum is great for families and the inner child in all of us.
• €14/€10/€6 hausdermusik.com
Ellie C 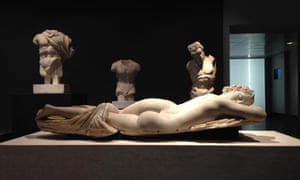 Walking into a 2,000-year-old room lifted from a Roman palace and covered in perfectly preserved paintings depicting a garden full of different birds and trees is about as close as you can actually get to time travel. The museum also contains possibly the best collection of Roman frescoes and mosaics in the world. Some of the mosaics are so fine they look more like paintings. All of that is in only one of the three floors. Often overlooked by visitors to Rome but mind-blowing.
• €10, museonazionaleromano.beniculturali.it
Richard 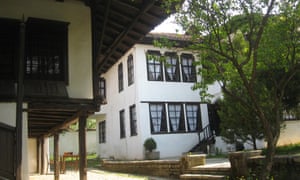 Expecting dusty pots and rugs? Not so in this charming museum in two gorgeously preserved Ottoman houses in the capital of Europe’s youngest country. Guides will give you an enthusiastic tour around the elegant former living spaces – from the “room of fire” kitchen to the accommodation offered to guests at any hour of day or night, in accordance with strict Albanian rules of hospitality. Such traditions apparently die hard and the English-speaking guides will also pick walnuts and mulberries for you in the museum’s gardens.
• Entry free, museu.ms
Elizabeth Gowing 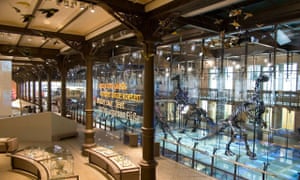 More than just the home of the EU, Brussels has an impressive 93 museums. The dinosaur gallery in the Museum of Natural Sciences is the largest in Europe and great fun for children and adults alike. The highlight for my nine-year-old was an incredible 30 fossilised iguanodon skeletons in lifelike poses. Sand trays give the chance to try your hand at being a palaeontologist, while a simulation allows you to challenge a virtual pachycephalosaurus. Tours available in English and there are discovery trails for children.
• €7/€4.50, naturalsciences.be
Kevin Munday

My Family Is Trapped In Paradise During The Coronavirus Pandemic, But It's No Vacation

Cuba bans all tourists and imposes draconian rules amid coronavirus pandemic
We and our partners use cookies on this site to improve our service, perform analytics, personalize advertising, measure advertising performance, and remember website preferences.Ok