Home » Holiday guides » Disneyland reopens April 30. Here’s what the park has been updating while visitors were away. 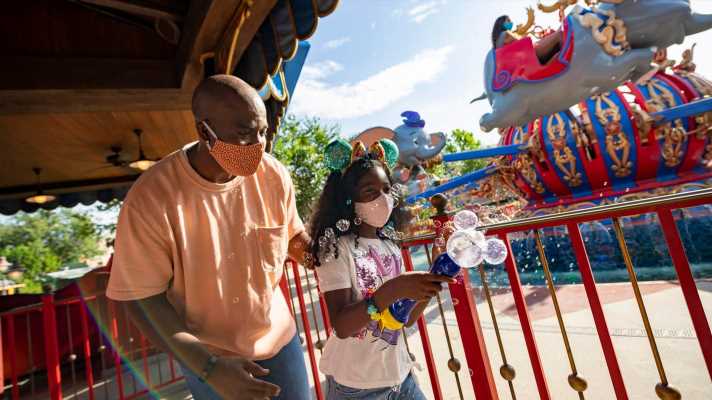 Though forced to shut its doors a year ago due to the coronavirus pandemic, Disneyland has hardly been Dormantland.

From the installation of a (prince) charming finale in an original attraction to endowing guests with web-slinging powers, Imagineers have been busy updating some rides and creating new ones since Disneyland and Disney’s California Adventure Park closed in March 2020.

The spread of COVID-19 slowed but did not stop progress on construction, and now that California has given Disney the OK to reopen as of April 1, the parks will reopen April and welcome back California guests April 30.

Here is what’s happened while you’ve been away.

Urban renewal: Toontown is getting a much-needed boost with Mickey and Minnie’s Runaway Railway, due to open in 2023. Riders board a train that whirls out of control through a cartoon landscape in this trackless ride. The attraction features a blend of animatronics and projections to immerse guests in a make-believe world fraught with cartoonish dangers, from  getting caught in a tornado to going over a waterfall. The ride, Disney’s first to be based on its eponymous rodent, opened a year ago in Disney World.

From fright to delight: It used to be Snow White’s Scary Adventures, a dark ride fraught with dangers that would send even the bravest of toddlers screaming for (and through) the exit. Now it’s Snow White’s Enchanted Wish, a cheery attraction that’s been sprinkled with large handfuls of pixie dust. There’s new music, laser projections and a gem-studded mine where each of the seven dwarves could be called Happy. While the old version ended with a witch’s scream, Enchanted Wish ends on a princely kiss, which may send purists of the original 1955 attraction screaming toward the exits.

Honey, we forgot the kids: a child-free holiday in Umbria

Thinking of going camping with kids? Here’s are some tips