Bokado is a restaurant overlooking the stunning Bahía de la Concha. It’s great for dinner (the summer tasting menu costs €47pp and includes seared Iberian pork, langoustines and wild bonito) or for a drink on the terrace watching the sun set over the sea. The people behind Bokado also run the restaurant and cafe at the San Telmo museum and style themselves as “pioneers in miniature cuisine”, with dishes such as squid croquettes (€2), crispy octopus (€5) and steak skewers (€2). The museum is in the old town and is a must-see. It celebrates Basque heritage through archaeological finds and more than 6,000 paintings, sculptures and photographs, including the 11 Sert Canvases (housed in San Telmo church), which illustrate the most important events in Basque history.
• Both at Plaza Zuloaga, +34 943 573 626, bokadosantelmo.com; santelmomuseoa.eus 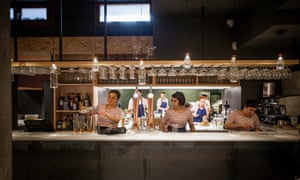 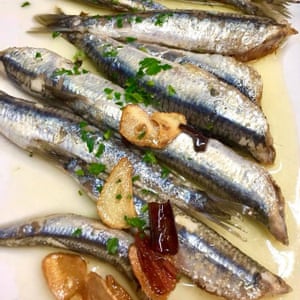 Bar Antonio is a classic. Humberto Segura and his team take pride in their use of exceptionally fresh ingredients, so there’s nothing that has been sitting around since the morning. There are a few tables in the downstairs dining room but my preference has always been to stand at the street-level bar with a beer and the house-cured anchovies (€19), which is the restaurant’s speciality. It also has a great list of hot pintxos that are made to order – go for the crayfish ravioli first (€19).
• Calle Bergara 3, +34 943 429 815, antoniobar.com 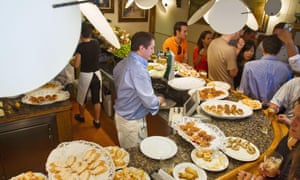 Heading out and about for a few rounds of pintxos [the Basque take on tapas] and wine is something that can’t be missed while in our city – and this place is probably my favourite bar in San Sebastián. It’s a family-run establishment in the Parte Vieja neighbourhood that uses seasonal and local ingredients. Packed with locals at the weekend, the pintxos on the bar – which is laden with all manner of dishes – and the ones ordered from the kitchen are both fantastic. I always order the crab tartlet (tartaleta de txangurro, €3). There’s also an extensive selection of wines (rioja and Ribera del Duero) and cava.• Calle San Jeronimo 21, +34 943 422 575, ganbarajatetxea.com 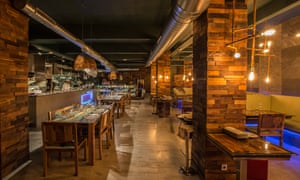 Chefs Aizpea Oihaneder and Xabier Diez picked up and moved neighbourhoods (from Antiguo-Igeldo to Gros) with their beloved Xarma. The pair have kept the name but revamped the style and concept – again, that’s been done in the contemporary industrial vein. What was once a fine-dining restaurant has been turned into a characterful, lively spot with an open-plan kitchen and great pintxos at the bar. Xarma’s Kutixi six-course tasting menu costs €45 – starting with bacalao and ending with caramel mousse with peanuts and almond nougatine; or simply just savour the truffle of morcilla (€8.50).
• 1 Miguel Imaz Kalea, +34 943 142 267, xarmacook.com 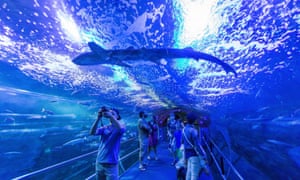 Built in 1928 in one of San Sebastián’s most picturesque spots – the harbour, right next to the old town – the Aquarium doubles as a maritime history museum, with displays of historic ships and the early exploration of the new world, when the Basques were sailing further and further afield, fishing for cod and hunting whales. Important marine species are displayed in its 31 aquariums, including the Oceanarium, with a 360-degree tunnel, where you can observe 40 species of fish swimming overhead – including two sand tiger sharks.
• Plaza de Carlos Blasco de Imaz 1, aquariumss.com 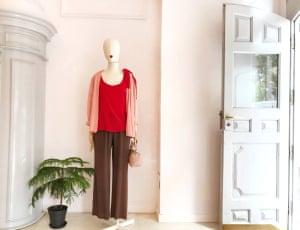 Casa Munoa is a third-generation jeweller with its own workshop. It sells original pieces, such as the Donostibay pendant, designed in the form of the city’s bay with Santa Clara island depicted in green glass, as well as vintage jewellery and decorative accessories. For clothing, check out Minimil. Founded by Contxu Uzkudun in 1977, the company has been directed and managed exclusively by women, setting “a benchmark in the defence of women’s rights and autonomy at work”. This is a great local label whose influences come from the landscapes, culture and colours of Euskadi [the Basque country], including the distinctive txapela, a beret. Just beautiful, and very wearable.
• Munoa, Calle Aldamar 28, casamunoa.com; Minimil, Calle Garibai 3, minimil.es 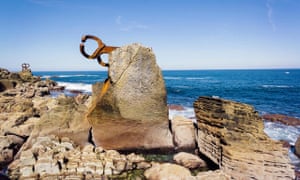 Eduardo Chillida was a local sculptor whose work has been exhibited throughout the world. His art consists mainly of large, abstract interpretations of the human form, cast in steel. Although the sculpture park dedicated to his works (Museoa Chillida Leku) is closed for renovations until the autumn, one of his works, The Comb of the Wind, a collaboration with Basque architect Luis Peña Ganchegui, is installed on rocks at the western end of La Concha bay. It is a perfect spot to view the graceful urban sweep of San Sebastián as it meets the wild sea. 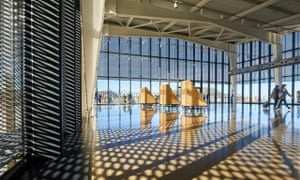 A one-time tobacco factory, Tabakalera is now an international centre for contemporary culture. There is a library, children’s activities, exhibition rooms and theatres, a rooftop terrace that overlooks the city, and a boutique hotel, the One Shot. It’s also right next to Cristina Enea, one of the city’s most beautiful parks, which over the summer hosts Tabakalera’s Ud-Ha! festival of open-air concerts, cinema and performing arts, with deckchairs and hammocks.
• Andre Zigarrogileak Plaza 1, tabakalera.eu, doubles from €170, hoteloneshottabakalerahouse.com 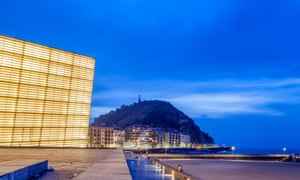 Opened in 1999, the Kursaal building stands proud against the sea on the jetty at Zurriola beach. It was designed by Rafael Moneo to resemble two large rocks. It’s a venue for concerts, conferences and the San Sebastián International Film Festival, which takes place every September.• Avda. de Zurriola 1, kursaal.eus

BA, Iberia and Vueling and easyJet fly from the UK to Bilbao, an hour from San Sebastián.

Hotel Okako (doubles from €120 room-only, ) is only a few minutes from the city’s old quarter.

The International Film Festival is on from 21-29 September; Tamborrada, the noisy drum festival takes place from 19-20 January; the annual gastronomic festival, Gastronomika, runs from 8-10 October.

Looking for a holiday with a difference? Browse Guardian Holidays now to find a range of fantastic trips

Air Travel Is Often A Humiliating Nightmare For People With Disabilities 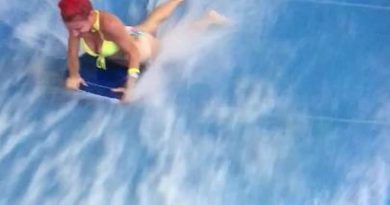