Overtourism, a problem plaguing popular and iconic destinations around the globe, is to be the focus of an upcoming forum in Washington D.C.

Scheduled for September 27, the event “Overtourism: Seeking Solutions” will bring together government and travel industry experts who will share their experiences, insights and approaches to addressing the growing impact of global tourism.

The gathering is being hosted by The Center for Responsible Travel (CREST) and George Washington University’s International Institute of Tourism Studies and coincides with World Tourism Day.

“Tourism’s exponential growth in recent years has led to chronic overcrowding, which is degrading natural and historic sites, impacting the well-being of communities, and compromising the visitor experience,” said CREST in a statement.

During an interview with TravelPulse, CREST’s Executive Director, Martha Honey, said the first-time event is aimed at “collecting intelligence” about the issue of overtourism, particularly from those in Europe who have been most significantly impacted thus far.

“The alarm has first and foremost been raised by many European cities, places such as Barcelona, Venice and Amsterdam,” said Honey. “They are not only in the forefront of experiencing overtourism, but they are also in a leadership position in terms of talking about solutions.”

“There is a lot we can learn from Europe,” added Honey. “But there other places that are being impacted as well such as the Great Barrier Reef and Iceland. Our idea is to bring together representatives from key destinations so we can hear what they are going through and how they are trying to address it.”

Scheduled speakers for the upcoming event include representatives from Barcelona’s city council; the Iceland Ministry of Industries and Innovation and the city of Charleston’s Department of Livability and Tourism. There will also be speakers from some of the industry’s top tour operators including G Adventures.

The keynote will be delivered by Albert Arias Sans, head of Strategic Tourism Plan for the Barcelona City Council.

Barcelona is one of the prime examples of a destination struggling with growing waves of tourists. The city has been the site of several protests tied to the increasing number of visitors. While about 1.6 million call Barcelona home, the city is visited by close to 32 million each year.

Venice meanwhile has tried adopting a variety of measures to deal with overtourism, including an unpopular decision to install turnstiles Piazzale Roma, a bus terminal and main point of entry to the city.

These are just some of the efforts likely to be discussed at the upcoming forum.

Overtourism: Seeking Solutions will take place from 9 a.m. until 5 p.m. and can be live streamed for those who cannot attend in person. 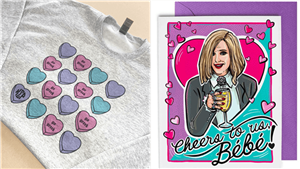 Lads squeeze themselves through tiny hole to reveal something awesome