The peninsulas of the Rough Bounds of Lochaber in the north-west Highlands stretch out into the Atlantic like the fingers of an outstretched hand, pointing out towards the Small Isles of Rum and Eigg, and Skye’s Cuillin mountains. The lochs that separate them include the deepest freshwater and deepest seas loch in Scotland. Parts of the area are notoriously wild and inaccessible, sparsely populated and more forested than most of the Highlands, with northern birch woods, temperate rainforests of stunted sessile oak, and even some relic fragments of the great Caledonian pine forest.

My book, The Last Wilderness, recounts a year of exploring the area, on foot and alone. Much of my walking inevitably went off-trail and involved multiple nights of wild camping, but here is a well-established route that can either be readily managed as a day walk or enlivened by an overnight stay.

Ardnish is a small uninhabited peninsula – uninhabited perhaps for the first time in millennia, for there are mysterious pre-Roman vitrified forts on an offshore island and the footprints of boathouses for Viking longboats. Most conspicuously, though, the shores are fringed with a succession of abandoned crofting villages. The landscape is rugged and wild, but you are constantly reminded that this was once people’s home, and as with most places that have gone to ruin, a sense of history and near-forgotten lives hangs heavy in the air. 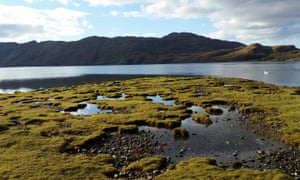 The nearest settlement is Lochailort, midway between Fort William and Mallaig on the West Highland Line. It is a tiny village, small enough that it is a request stop only for the train, and has no services save for one hotel, the Lochailort Inn (doubles £90 B&B), the one place offering food, drink and accommodation for miles around. The trail begins from a layby two miles west of the village on the Road to the Isles (A830), just past Loch Dubh. The walk from here is a seven-mile return journey that is steep in places, and can get boggy in others.

The marked trail leads down into birch woods, veering right before turning to cross a footbridge over the railway line, and then an even shonkier footbridge over a stream on the valley floor. Then you begin a stiff climb to the tops. As you rise through the autumn birch woods, keep a look out for the flocks of fieldfares and redwings that have just arrived ravenous from Scandinavia and are feasting on the rowan berries. These flocks may amount to thousands. As you climb you will get fine views across Loch nan Uamh. Just opposite is the Prince’s Cairn, marking the spot where Bonnie Prince Charlie made landfall in 1745, and from where he beat a hasty retreat the following year after his defeat at the Battle of Culloden and the collapse of the Jacobite rebellion. He would never set foot in Britain again. 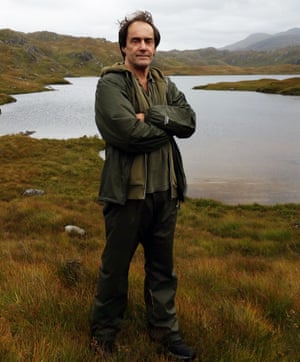 After a long uphill climb, you finally crest the ridge onto the open tops and can see the trail stretching into the distance, winding through open moorland and between outcrops of rock. Though the route is boggy in places, it is mostly made of slabs of stone and the way ahead is always visible. A lot of man-hours were expended on constructing this route, well over a century ago. Autumn sees the start of the red deer rut, so you may hear stags bellowing across the hills. And look out for eagles – both golden and sea eagles are resident in the area.

The trail leads to a mountain loch, Doire a’ Ghearrain, which is a cerulean blue in fine weather. From here it is all downhill, loosely following a stream that leads to our destination. There are fine views west out to sea and to the Sgurr of Eigg and the mountains of Rum. Crossing the burn by stepping stones, the path leads down through a superb ancient oak wood to a coastal plain once used for grazing by the crofters, now very reedy and wet underfoot, and finally to Peanmeanach bay and the ruined village.

The abandoned village consists of seven blackhouses in a line on a grassy ridge that backs the dunes of a fine white sand beach. One has been renovated as a bothy, and it is possible to stay here, though you should take care to abide by the bothy code – no large groups and leave things as you find them. There is no guarantee that it will not already be full, so if planning to stay overnight come equipped for wild camping. The other houses are all roofless shells – they would once have been thatched with reeds. They are simple drywalled stone with tiny windows and doorways, and all have elegantly bevelled corners to deflect the onshore winds. 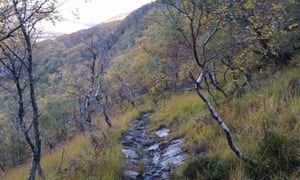 In the 1841 census, these seven houses accommodated 48 people. It is hard to imagine how they all fitted in, and probably with their livestock too. A century later, there was just one person remaining. The final resident, Nellie MacQueen, lived in the house that is now a bothy, and was the daughter of the former postmaster and the former schoolmistress. She finally moved on during the second world war, unable to survive on wartime rations; one candle a week was simply not enough to see her through the long nights of a Scottish winter. It is said she returned for a visit just once, 40 years later, and walked the length of the village tapping each house with a stick and calling out the names of the people who had once lived there. 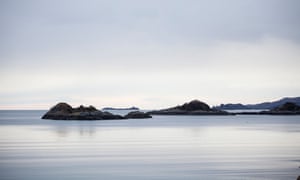 This whole area was deeply affected by the Clearances. On the larger peninsula of Knoydart, not far to the north, every last one of its crofting population was evicted by the laird to make way for sheep farming – almost a 1,000 people, who mostly emigrated to Canada. On Ardnish the residents were not evicted as the land was deemed too marginal, and rather it became a dumping ground for people evicted from elsewhere, so that the population swelled to numbers that were simply unsustainable in a place where people were already living a hand-to-mouth existence.

It was poverty that killed this community, exacerbated by a succession of blows over the course of a century – the collapse of the herring fisheries, the crash in the price for soda ash which was extracted from dried kelp, the potato blight, and the first world war. One by one, people gave up and moved away, either taking the opportunity for subsidised emigration or to seek work in the cities of the lowlands. Finally, all that was left was the empty shells of the places they had once called home. 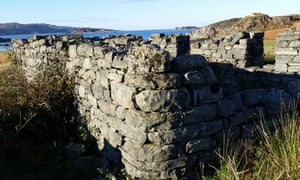 If you have time, explore some of the peninsula’s stunning wild coastline. Look out for otters on the shore, and for seals and even dolphins out on the bay. If you stay overnight, the red deer descend from the hills during the hours of darkness to feed on the low ground, and seem to lose all fear of man. If you are camping here in autumn you can expect a restless night, surrounded as you are by the echoing roars of the stags just feet away from you. It just adds to the otherworldliness of this extraordinary place.

Dream ticket: the night train from Cologne to Vienna 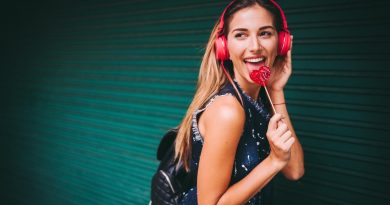 If You’re Alone On Valentine’s Day, These Tips Will Help Your Loneliness