If it seems like prices of holiday flights change every time you look, new data from Hopper is here to confirm you’re not alone.

The data is part of Hopper’s 2018 Holiday Travel Index, which utilized historic price information from as far back as 2014 to determine how often the price of these tickets change and when travelers should book for the best deals.

When it comes to Thanksgiving flights, Hopper found that flights on some of the most popular routes will see an even greater number of changes.

For example, flights to the most popular cities of Los Angeles and New York will change as many as 211 times and 203 times, respectively. Orlando flights will see price changes 171 times, while Fort Lauderdale will see 162 flight price changes, and Las Vegas will see 155.

The routes where passengers can expect to see the least number of changes in flight prices include Charlotte, Salt Lake City, St. Louis, Indianapolis, and Kansas City.

When it come to price, current round-trip averages for domestic Thanksgiving flights are at $288, dropping $100 in price since August. Looking at 2017 data, Hopper found that September tends to offer the best deals, though prices tend to stay fairly stable throughout October as well.

For this reason, Hopper recommends booking by the week of Halloween to avoid price spikes in November, with the biggest savings offered on flights departing Thursday, Nov. 22 and returning Wed., Nov. 28.

Meanwhile, flights to some of the most popular Christmas destinations will see ticket prices change more than 200 times.

Meanwhile, the routes with the fewest price changes include Charlotte, Nashville, St. Louis, Oakland, and Hartford.

The current average for domestic Christmas flights is $320 round-trip, and Hopper found that mid-October brought the best deals in 2017.

Hopper recommends booking Christmas flights before Thanksgiving flights as they tend to rise more steadily. Either way, travelers will want to have both flights booked by Halloween to avoid overpaying.

The biggest savings on Christmas flights can be found on trips departing Tuesday, Dec. 18 and returning Thursday, Jan. 4, though the next cheapest day to fly back for those who can’t stay through the new year falls on Dec. 27.

While keeping up with all of these fluctuations can get tricky, setting up airfare alerts can help travelers make sure they don’t miss out on a great deal when it arrives.

This can be done through apps like Hopper, which will send notifications when a trip’s price drops to the best rate, and DealRay, which sends real-time alerts and notifications on sales or mistake fares. Price alerts can also be set up through websites like Google Flights, Momondo, and Skyscanner.

Moments in history quiz: where in the world 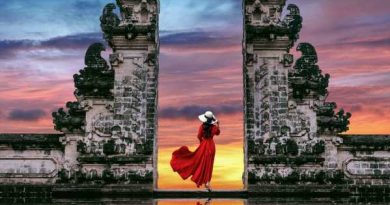