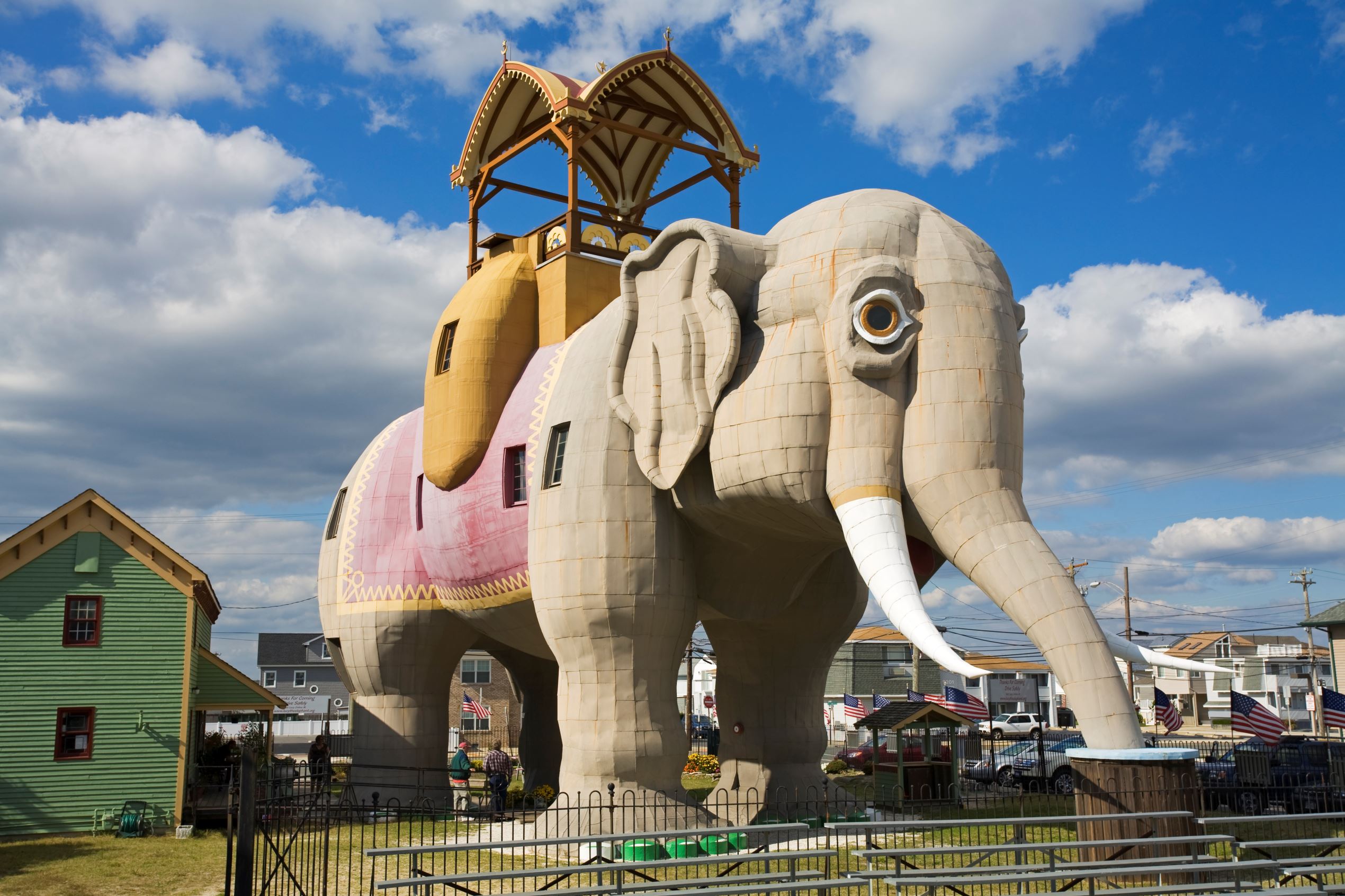 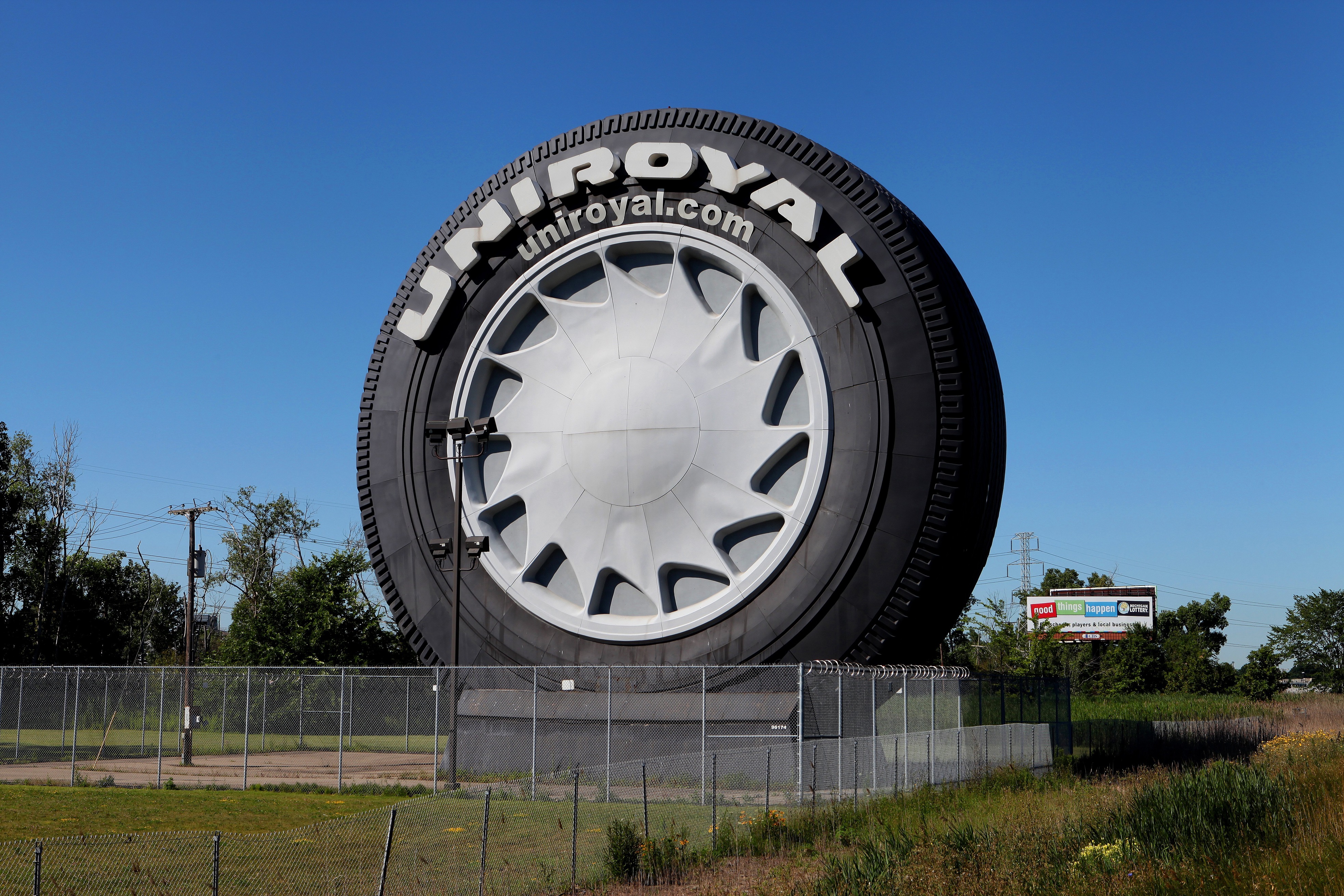 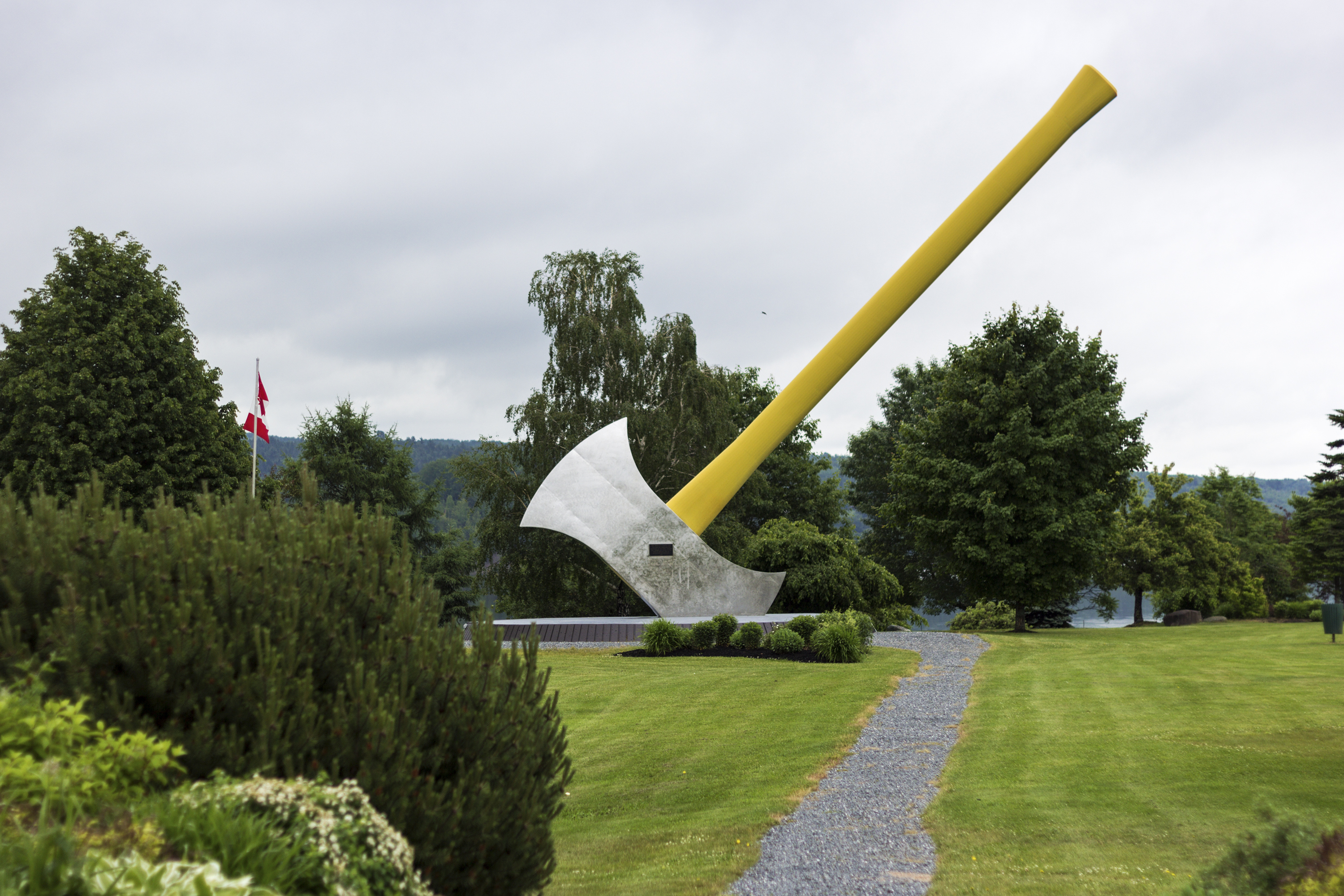 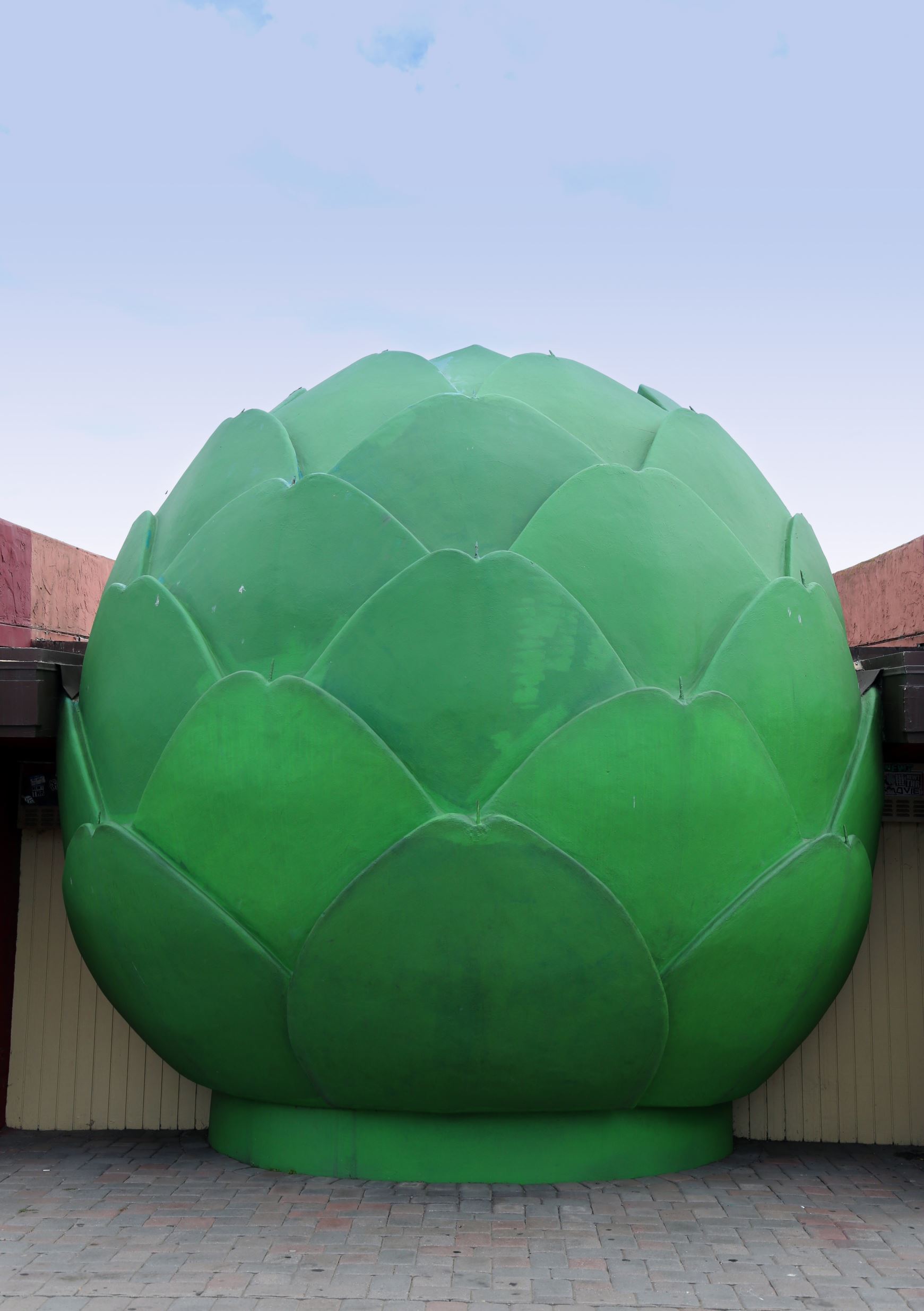 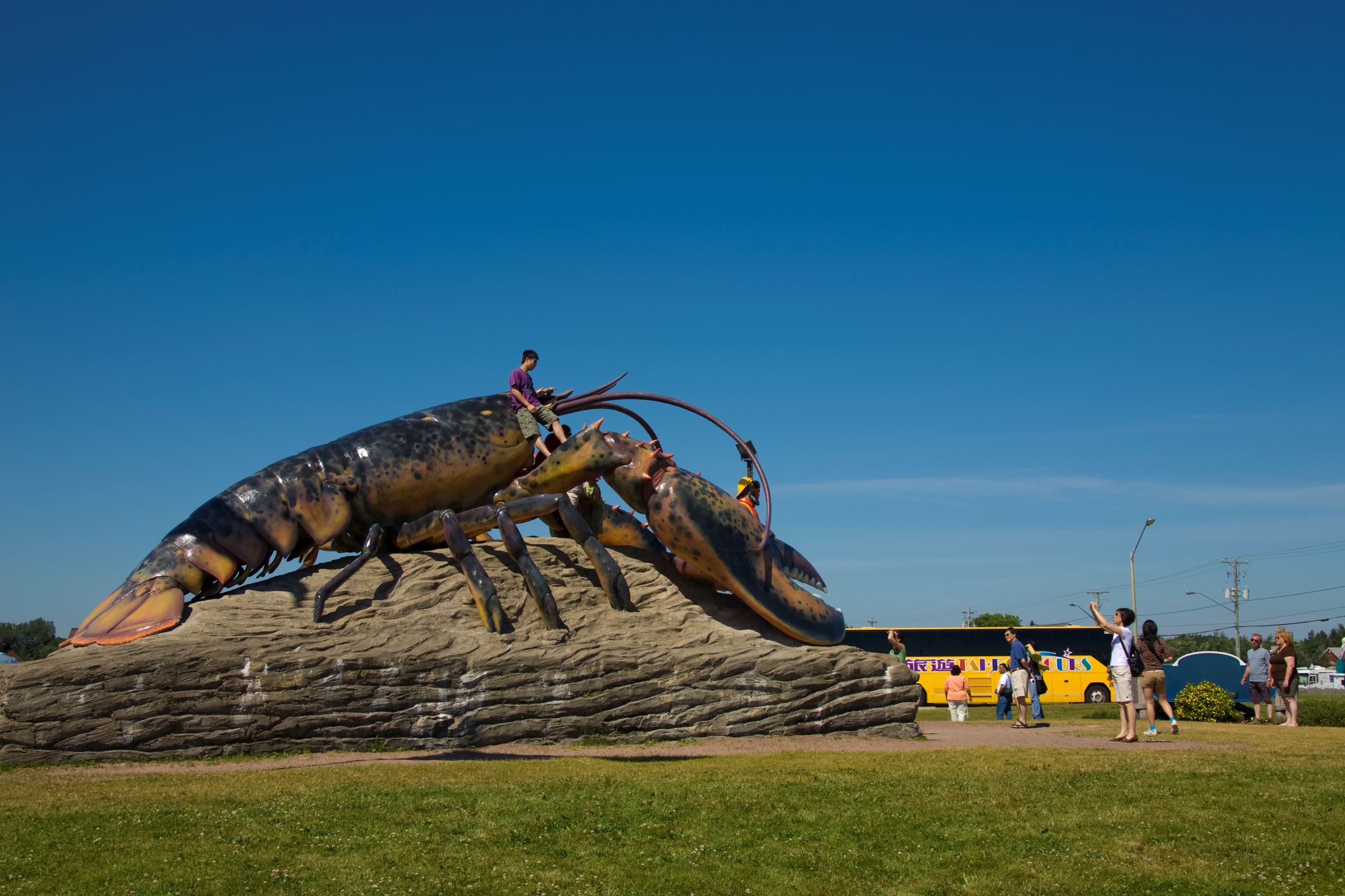 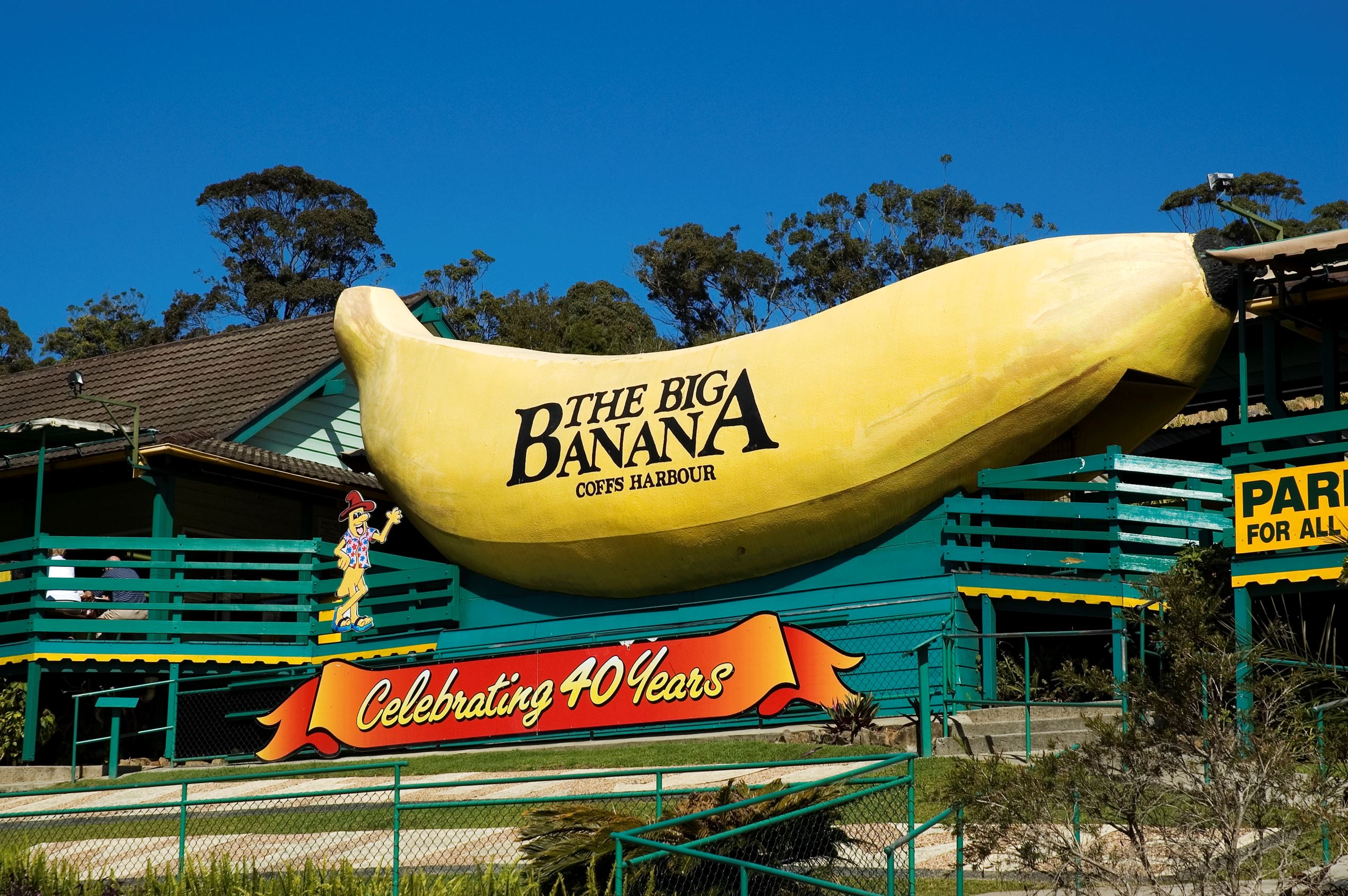 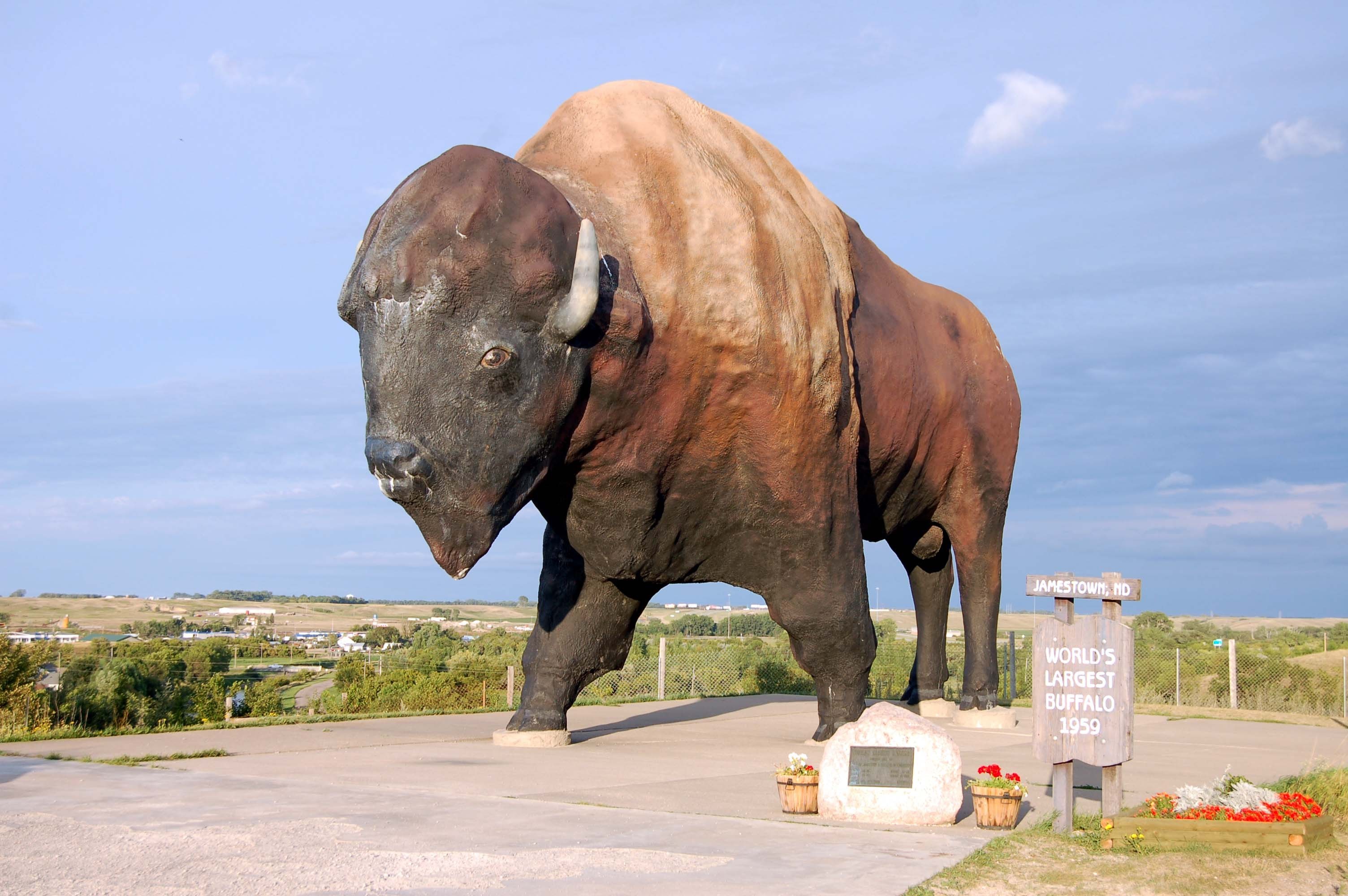 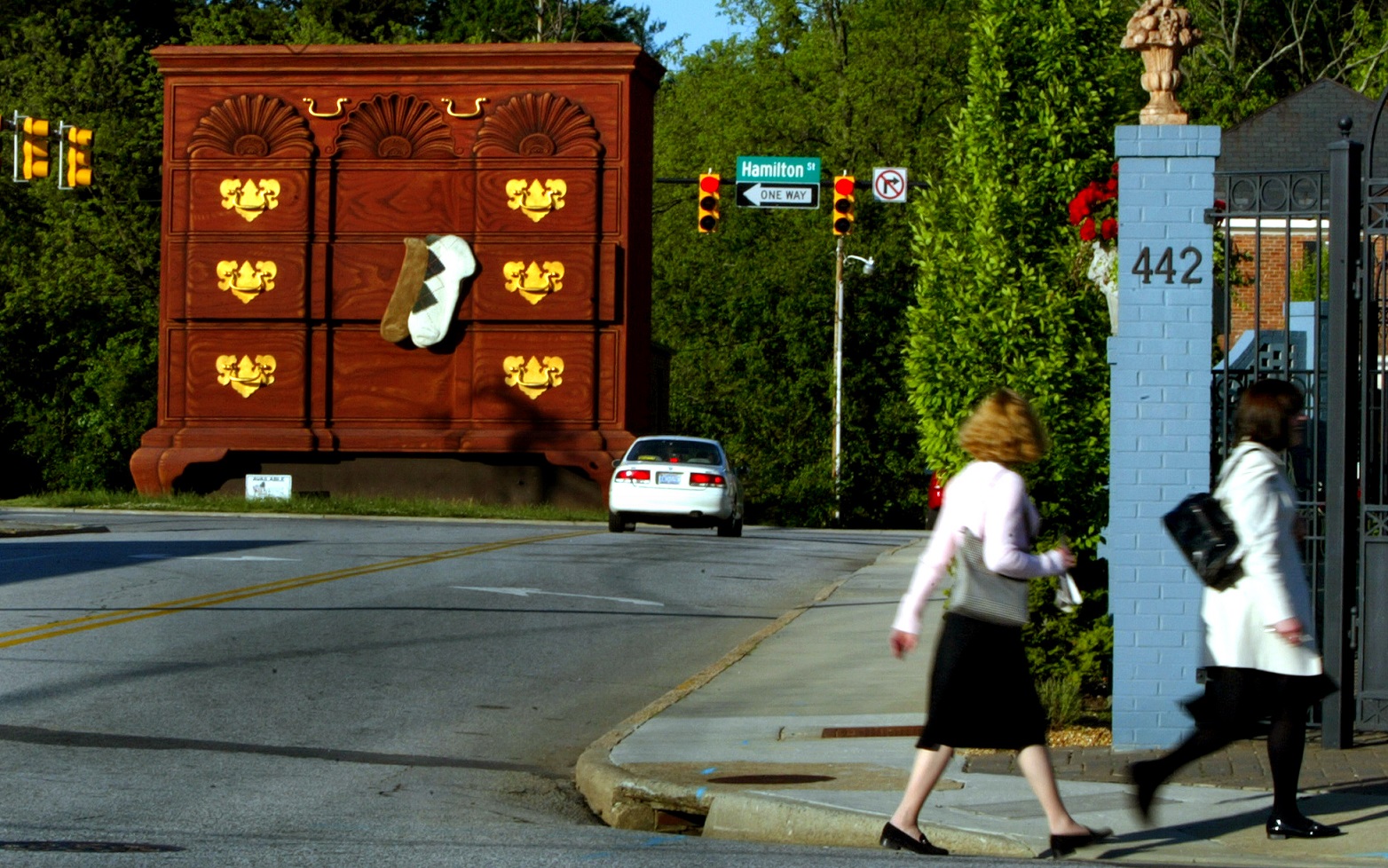 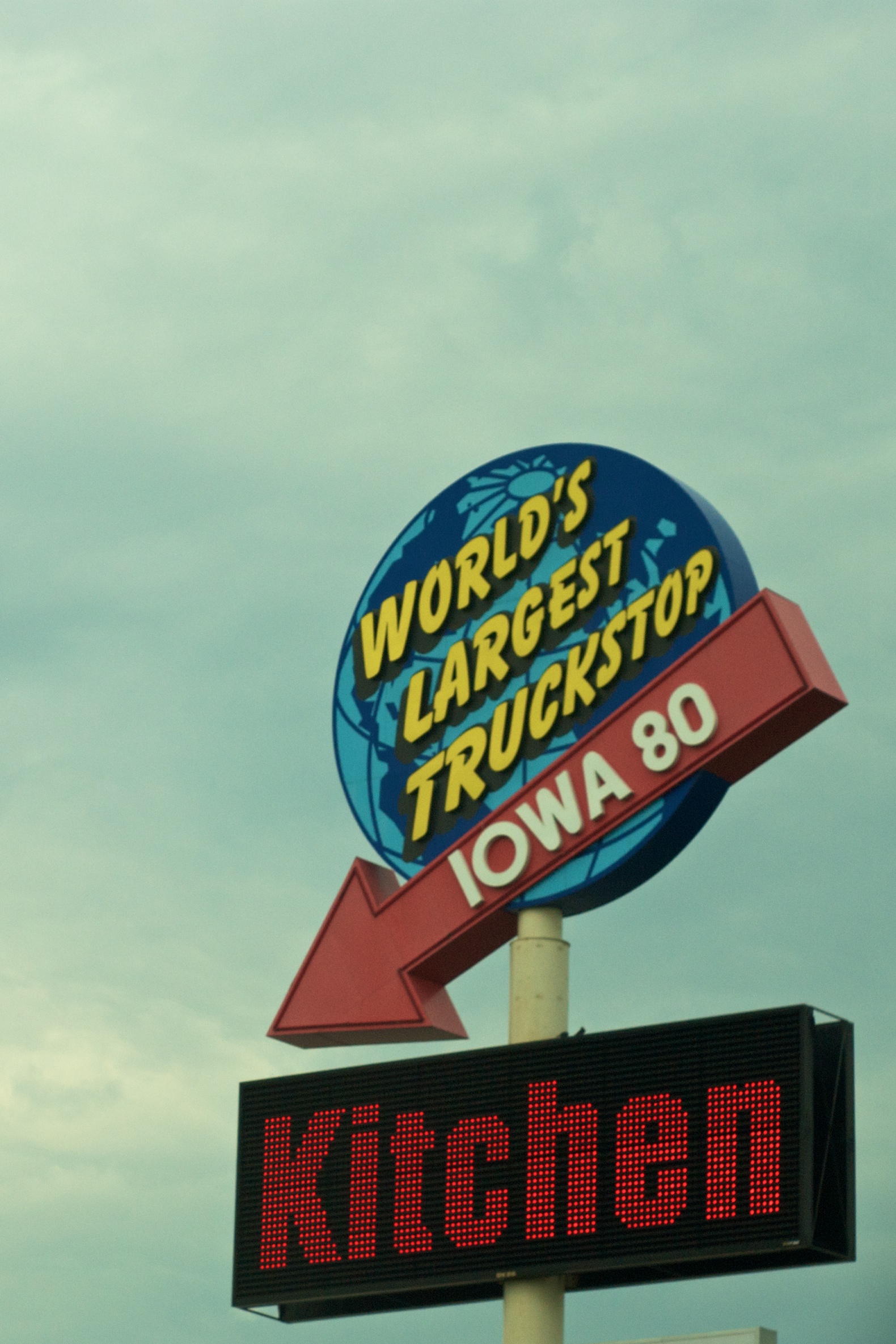 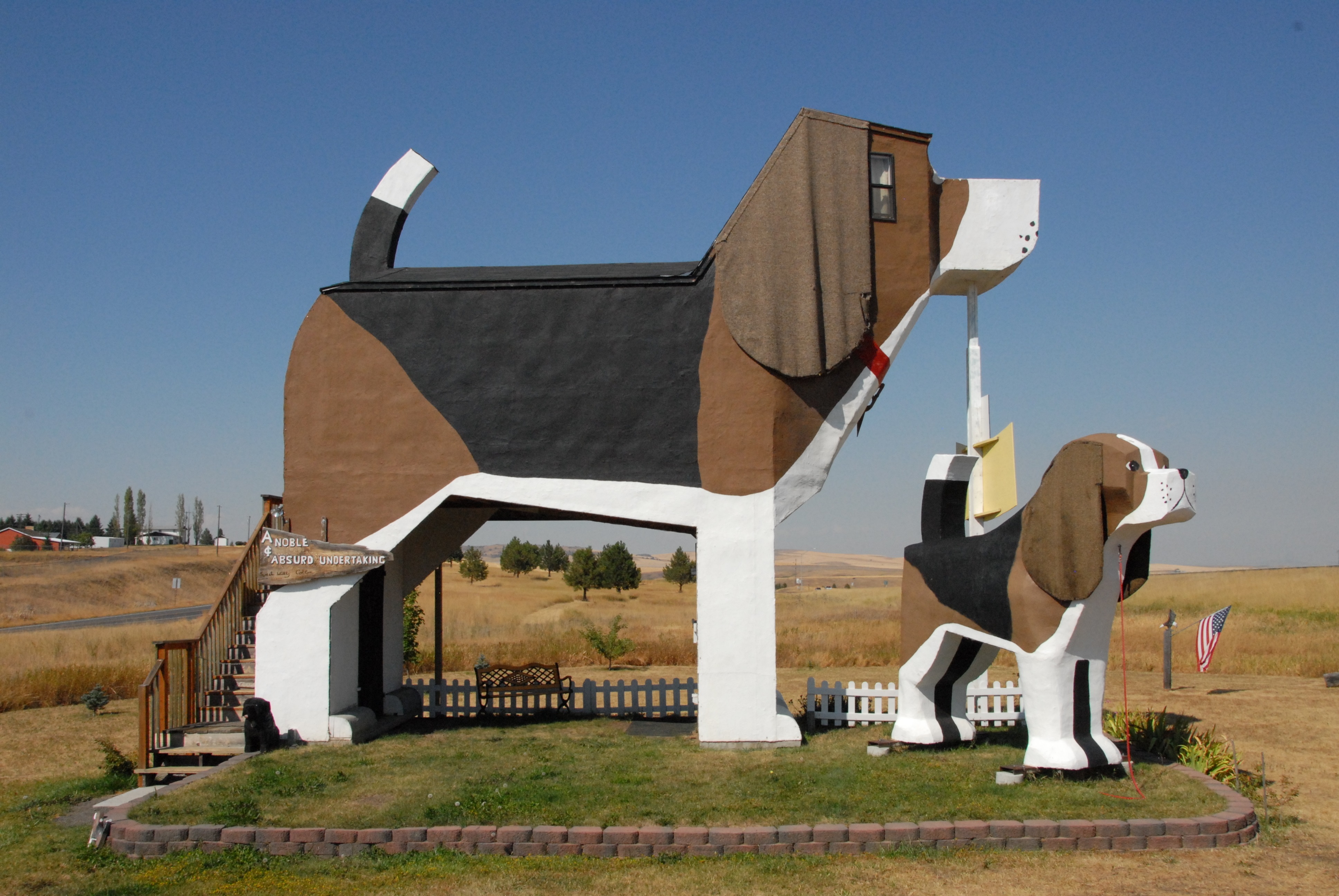 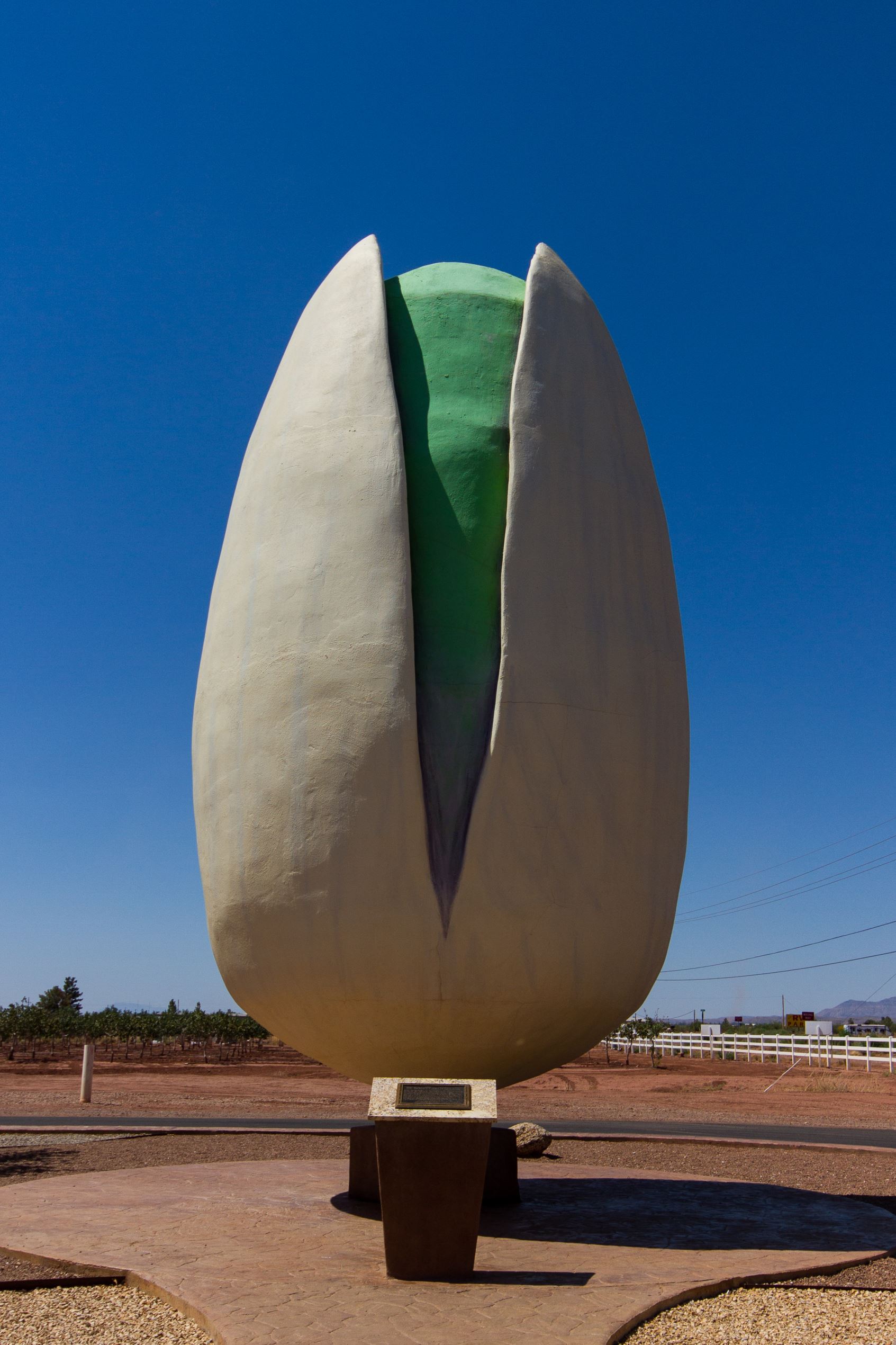 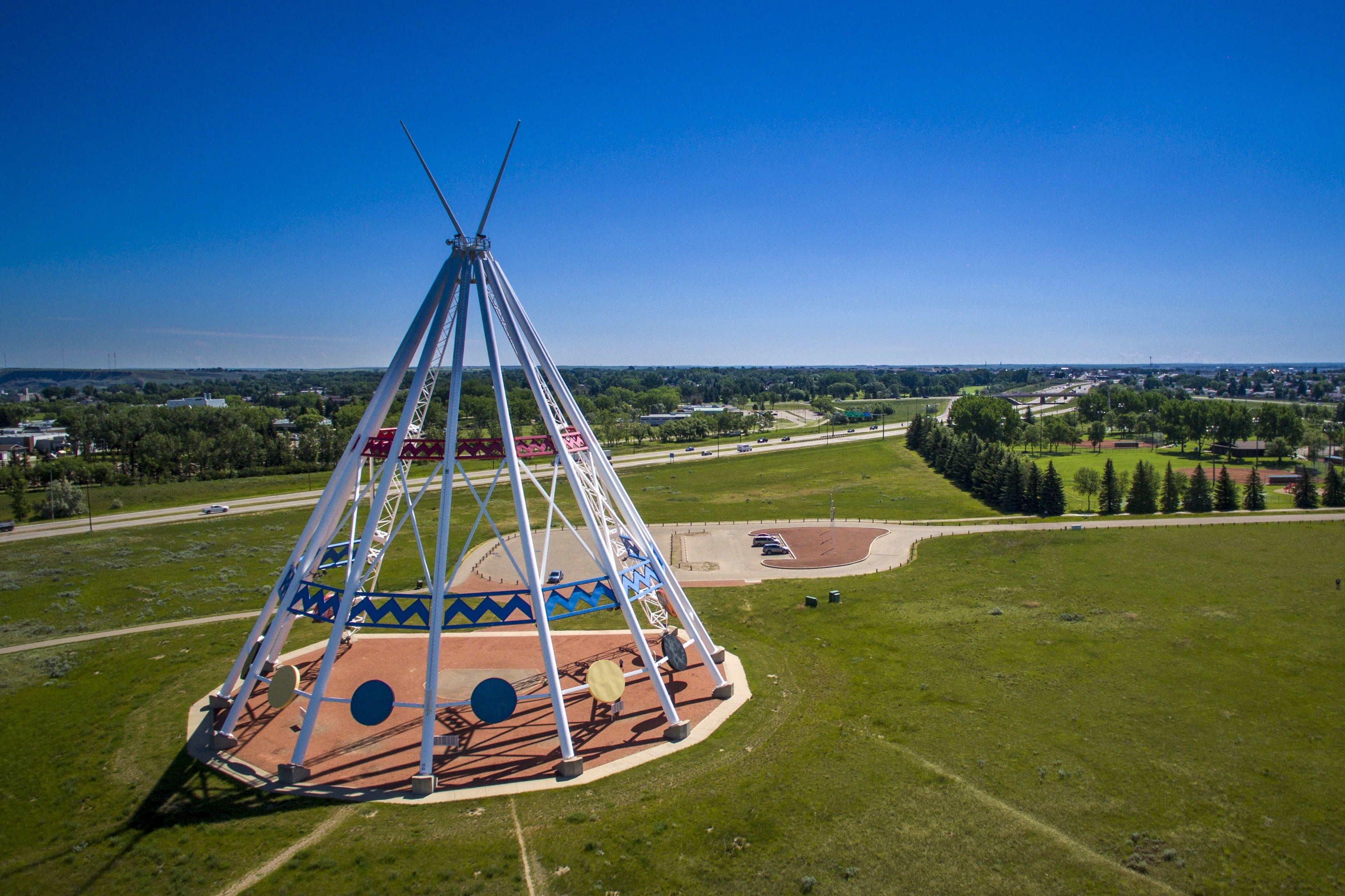 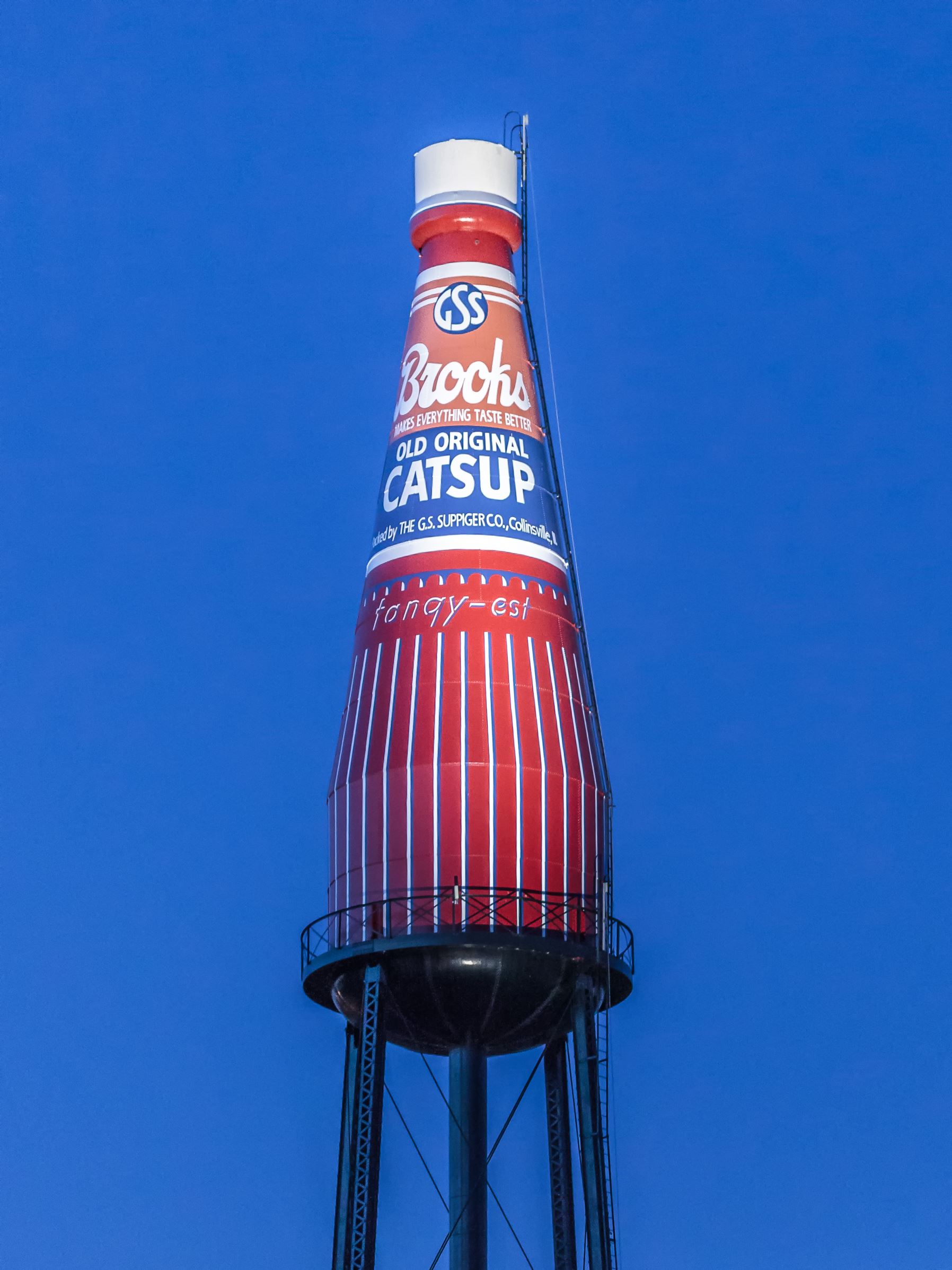 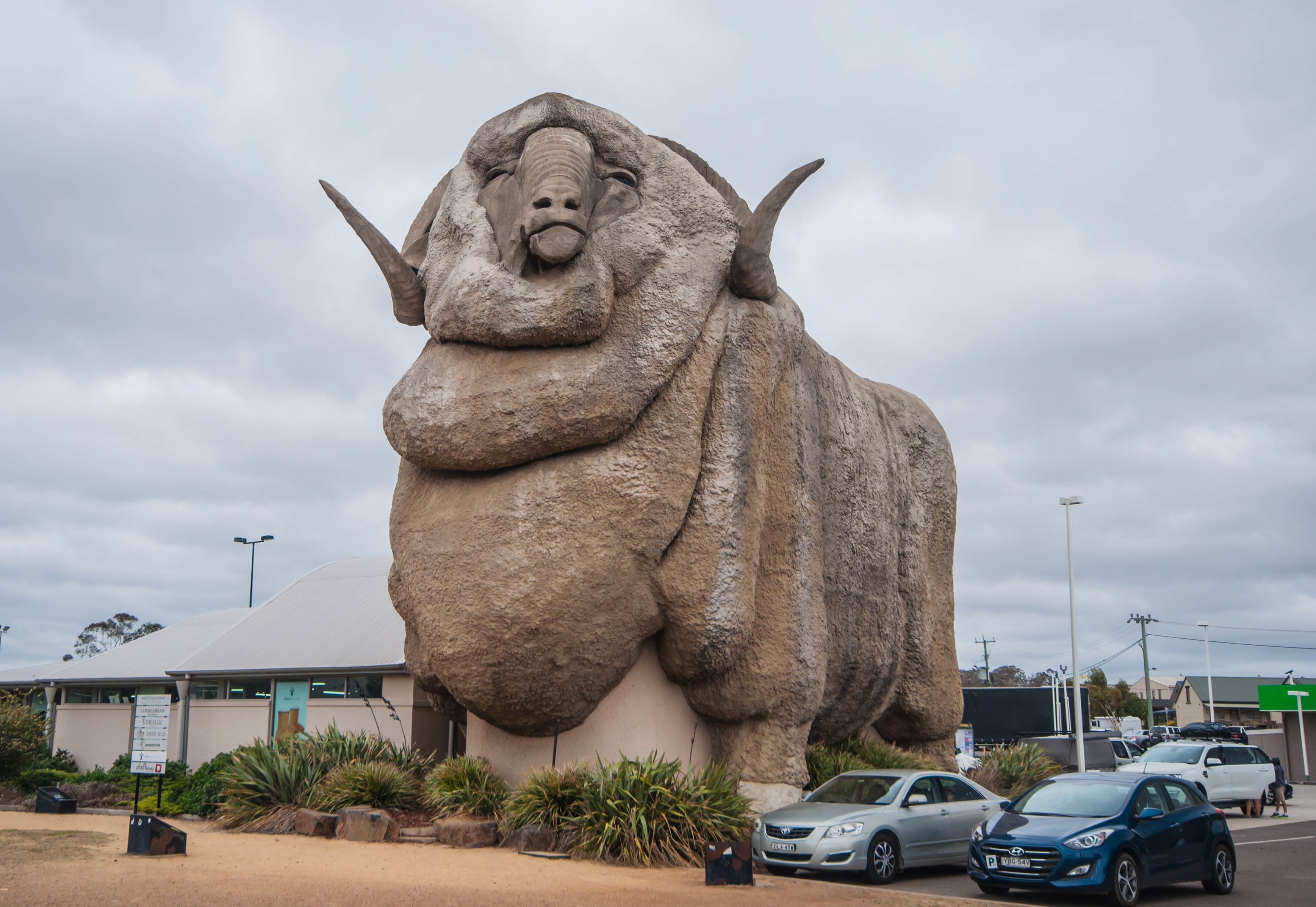 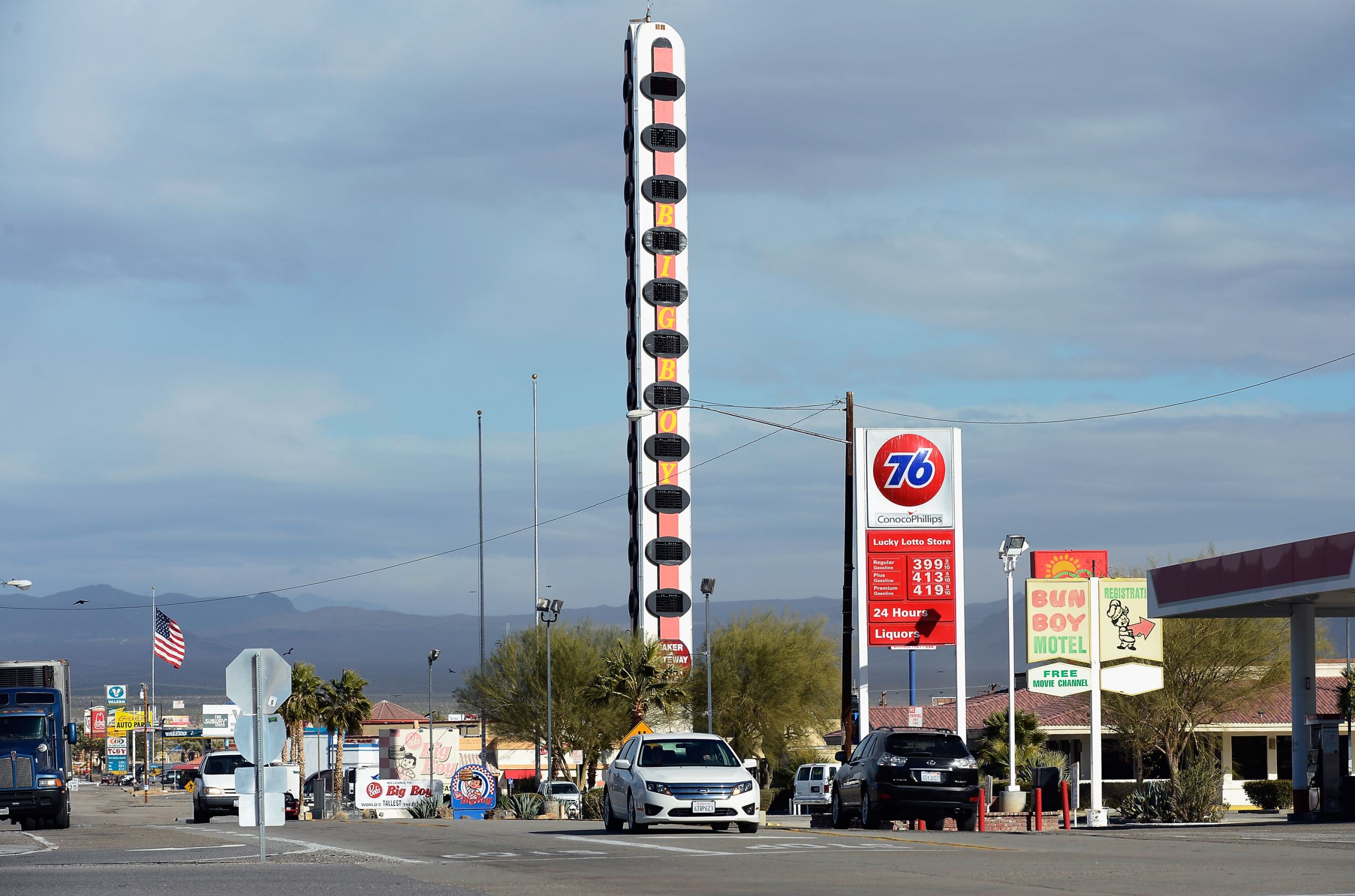 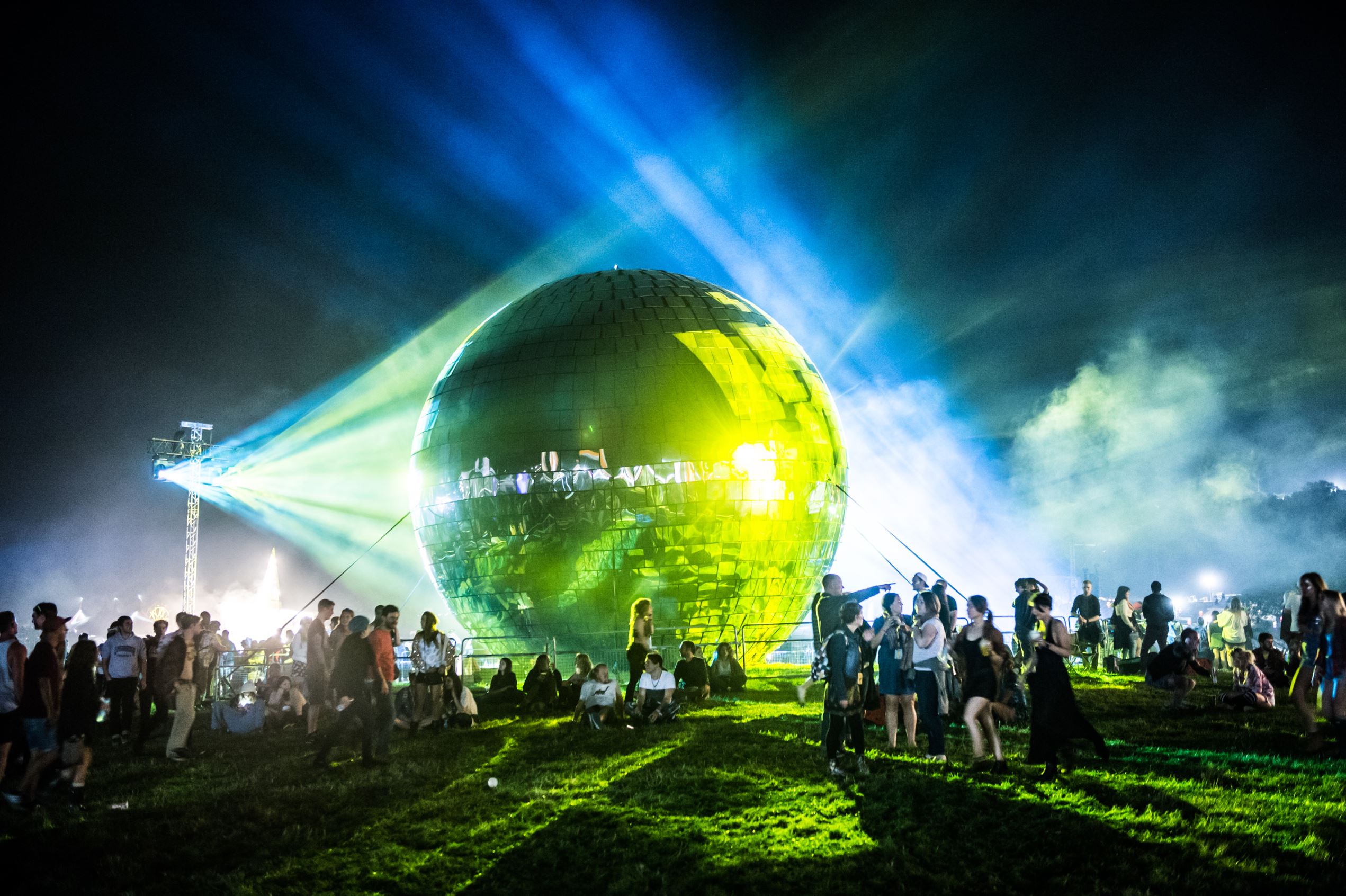 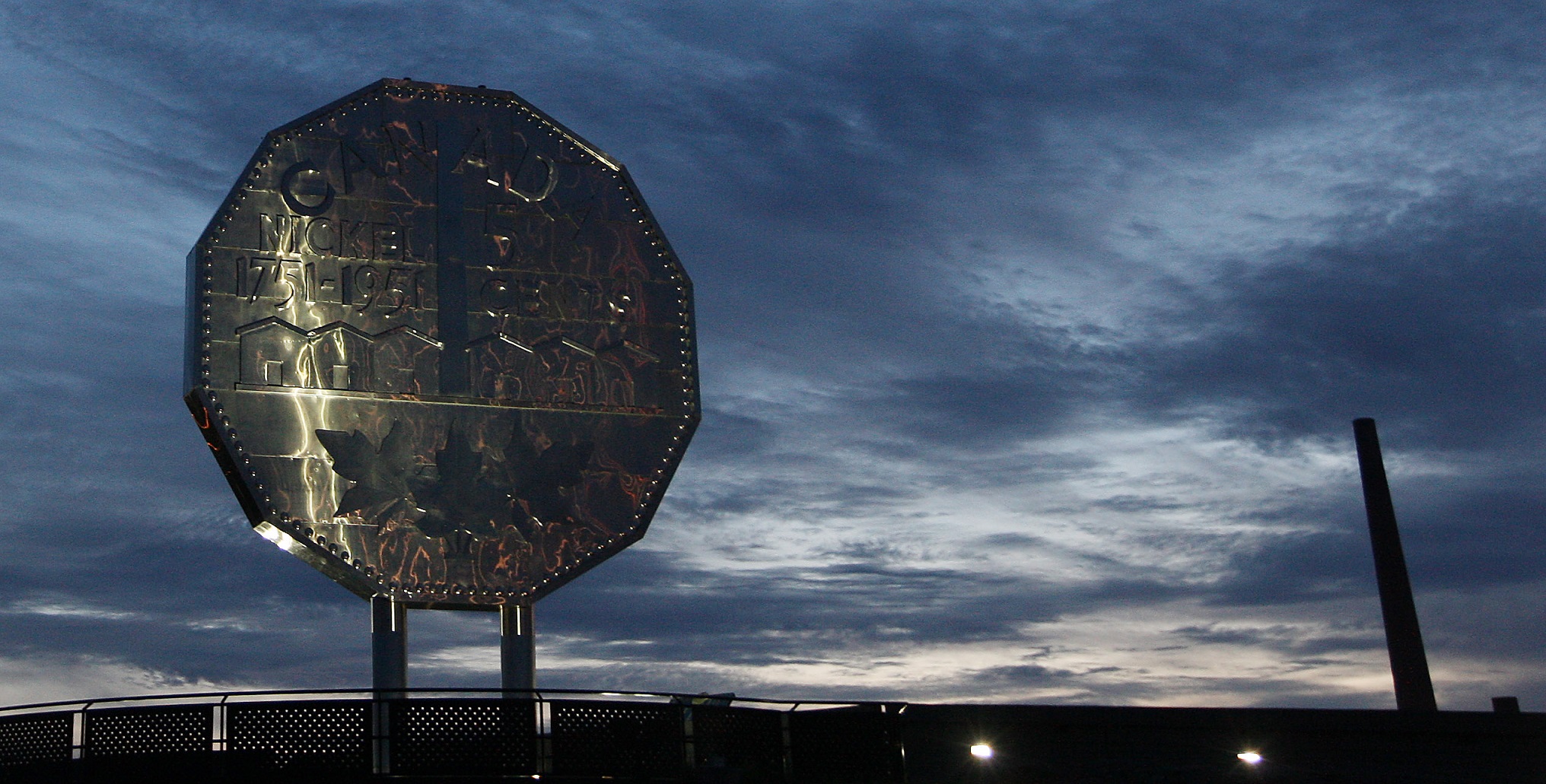 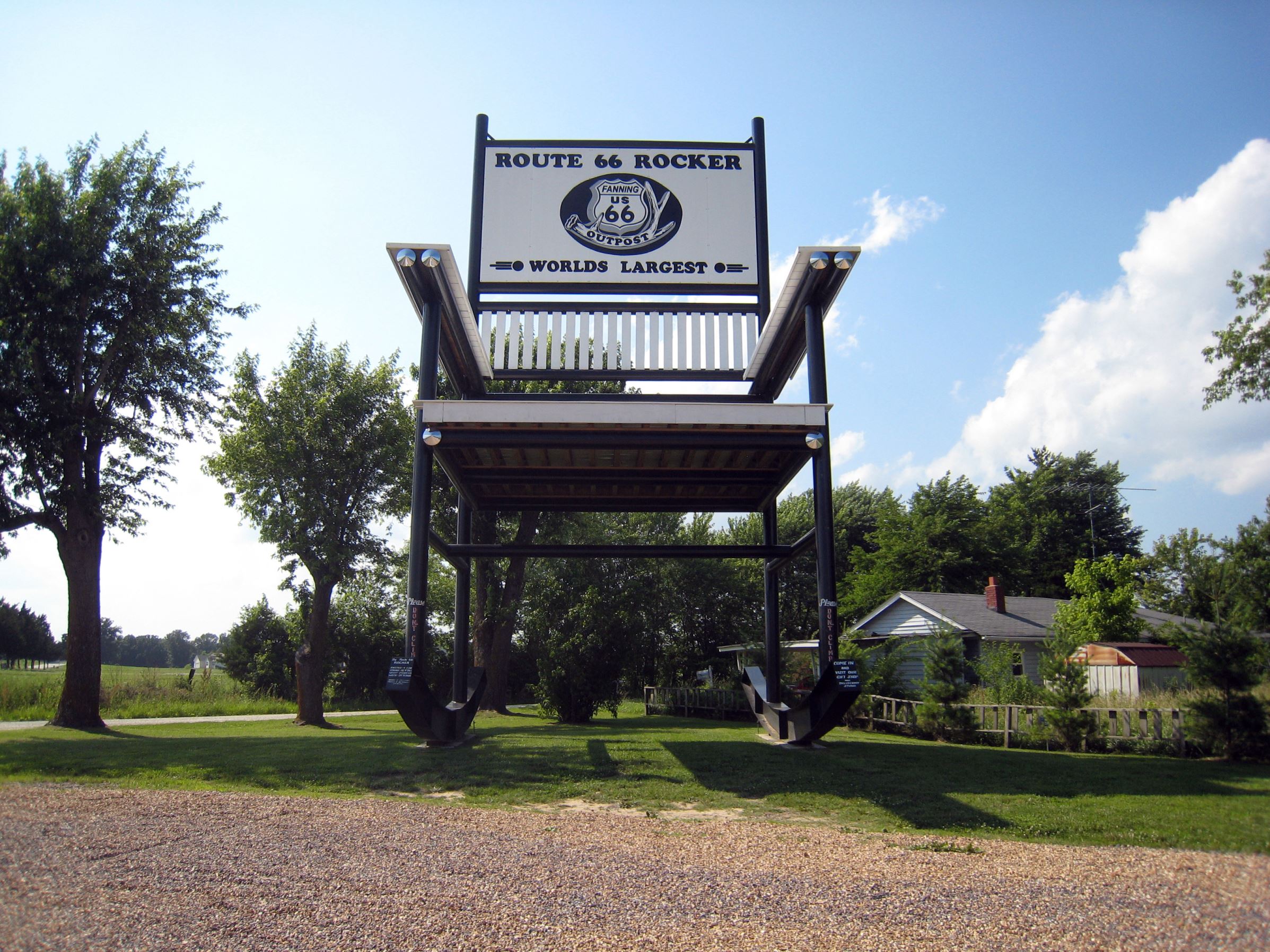 The wooden structure, named Lucy the elephant, is touted as the first-ever “world’s largest” structure which was constructed in 1881.

The giant Uniroyal Tire sits along the I-94 and is a leftover from the 1964 New York World Fair where it was a Giant Tire Ferris wheel with gondolas.

The axe was built in 1991 to symbolize the importance of the forestry to the region. The town is aptly nicknamed the Forestry Capital of Canada.

This record-setting artichoke was created in 1963 in the self-proclaimed “Artichoke Center of the World.”

Built in 1990, it was designed by naturalist sculptor Winston Bronnum, who was famously known as the “Godfather of Canadian Art.”

One of the very first of Australia’s “Big Things,” The Big Banana was initially constructed in 1964 to attract visitors to a roadside banana stand. The site has now become a full-fledged water theme park.

The world’s largest chest of drawers was built in 1926 to draw attention to High Point as the home furnishings capital of the world.

Built in 1964, the Iowa 80 truck shop is more than four times larger than an average truck shop.

The wooden structures, called Sweet Willy and Toby, were made by a local chainsaw artist couple. The larger one, Sweet Willy, is a bed and breakfast named the Dog Bark Park Inn with the entrance at the back, while the smaller sculpture is 12 feet (3.65 meters) tall.

Made from five yards of concrete and done in about 35 gallons of paint, this roadside attraction, built in 2008, has been blessed by a priest.

The Saamis Teepee was constructed for the Calgary 1988 Winter Olympics and was moved to its current location later. It’s a tribute to the country’s native heritage.

The water tower was built in 1949 in the shape of a catsup bottle for the G.S. Suppiger catsup bottling plant.

The giant concrete merino ram has been nicknamed Rambo by the locals and is an actual building housing a gift shop, wool display and lookout point where the sheep’s eyes are.

It was built to commemorate the record temperature of 134 degrees Fahrenheit (57 degrees Celsius) in the nearby Death Valley in 1913. The landmark is up for sale due to its high running costs.

The largest disco ball measures 33.1 feet (10.3 meters) in diameter and was built in 2014 for Desert Island Disco at the Isle of Wight, U.K.

The world’s largest dinosaur, with 15.6 feet (4.6 meters) length, is almost four times the size of a real T-Rex.

The giant rocker initially swayed back and forth but due to safety concerns, it was welded to the ground. 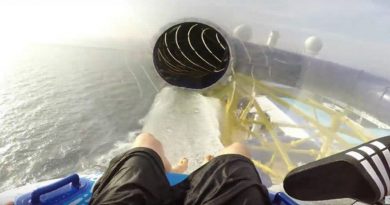 WATCH: Would you ride this terrifying see-through waterslide with trippy light show

Around the world in a day, without leaving Shenzhen – a photo essay