It is one of the world’s most famous beaches, thanks to its starring role in Danny Boyle’s film of Alex Garland’s bestselling novel, and is often referred to simply as “the beach”. However, this summer Maya Bay, on the Thai island of Koh Phi Phi Leh, will be closed to tourists as authorities attempt to reverse decades of damage done to the region’s marine environment.

The closure will take place from June to September, during the island’s low season, in order to give its coral reef time to recover. While similar measures have been introduced on other Thai islands – in 2016 local authorities closed Koh Tachai – it is the first time tourists will be forbidden from visiting Maya Bay.

Maya Bay gets up to 5,000 visitors a day, with most tourists travelling by boat from Phuket or Koh Phi Phi. Much of that tourism has been spurred by the film The Beach, released in 2000 and starring Leonardo DiCaprio. It is a movie that, ironically, tells the story of a backpacker on a quest to find the perfect, untouched beach. 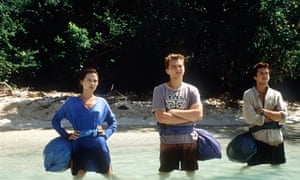 Almost 80% of Thailand’s coral reefs have been destroyed, according to Thon Thamrongnawasawat, deputy dean of the faculty of fisheries at Kasetsart University in Bangkok, with the primary causes being beachfront hotels, boat anchors and plastic waste being dumped in the sea.

Speaking to Deutsche Welle, Thamrongnawasawat said that while temporary closures can help to an extent, the “ideal solution” would be for the bay to be closed permanently. Thon has long been outspoken about the need to protect Thailand’s marine parks and has warned about the risk from tourism. During a visit to the bay in 2016, he described the beach as being so densely crowded he was left speechless.

Those familiar with the region are aware of overcrowding at the bay. Sam Clark of Experience Travel says the tour operator ceased suggesting its guests go on boat trips to Maya Bay “long ago”.

“While it’s a very pretty bay and recognisable from The Beach, visiting it with a flotilla of boats and hordes of other tourists rather detracted from the magic,” he said. “If the bay needs to be closed to allow for recovery time in the low season, I can only welcome that.”

Clark added: “The Thai authorities have the benefit of seeing what unchecked development over a 40-year period did to regions of Spain and other places, so they can hopefully learn from that.” 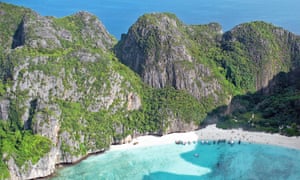 Luke Finch, 27, visited Maya Bay last Christmas, considering it a “bucket list” destination, not least because he counts The Beach among his favourite films. To avoid the crowds, he took one of the earliest boat trips, arriving at Maya Bay at 6.30am.

“By the time we were about to leave, more and more boats were streaming in and the noise levels beginning to grow,” he said. “I was pleased to be heading elsewhere, and it was only 7.15am.

“I don’t think it’s drastic enough just closing it for three months. The numbers need to be permanently limited. I’m sure people would still go if they charged a premium to visit.”

Kaushambi Bakshi, 31, a digital media worker from India, visited in 2013, and was also inspired by the film.

“It was very busy, as I went during peak tourist season but my husband and I had prepared for a swarm of tourists, so it wasn’t that rude a shock,” she said.

“The downside was that we did find litter floating around at many spots in the sea. But overall, the beauty was too breathtaking and made us slightly less bothered about the crowds.”

Tourism is important in Thailand with some reports estimating it accounts for 18% of the country’s GDP. Visitor numbers have tripled since 2004 and in 2017 exceeded 35m arrivals.

First look: a tour of the restored Auckland Castle 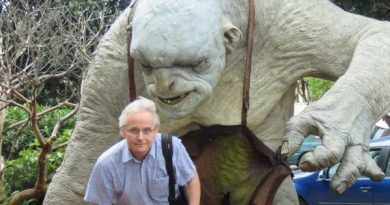 Where to go on holiday in 2020: the alternative hotlist