When it comes to immersing yourself in the culture of Thailand, no experience quite rivals that of the country’s colourful and breathtaking festivals. From moonlit festivities along the glorious coasts, to boating excursions across the turquoise seas, to golden lantern ceremonies, each festival is a unique and cherished part of Thailand’s culture.

To help you decide which of Thailand’s festivals you most want to experience, here are a list of some of the country’s most prestigious and memorable festivals that are guaranteed to be the pinnacle of your luxury vacation.

Celebrating the start of Buddhist lent, the Candle Festival is held within the Northeast regions of Thailand, and is renowned for being one of the most beautiful and spectacular festivals in the country. Marking the beginning of the rainy season, where buddhist monks retreat into the temples for three months of reflection, for this quarter of the year there is no electricity within the province, and as such candles are placed around the temple to give warmth, heat and comfort to the monks within.

In order to light the way for the monks, the candles themselves are large and often scale at least two metres tall. Built in Wat Chayaporn, and covered in stunning intricate patterns, these wax artworks are balanced in wax Buddhist lotus flowers and paraded through the region of Ubon Ratchathani in celebration. Held in regard as some of the most beautiful candles in the world, since 1927, a candle competition has been the highlight of the program for many. Once judged all of the candles are then displayed during an eclectic and colourful parade, where everyone celebrates to the beat of Northeastern traditional dance and music.

A hallmark event that’s guaranteed to take your breath away, this festival is culturally rich and burns brighter than the sun.

When thinking of Thailand, people tend to envisage the beautiful white sands of the country’s coastal line, or the bustling streets of busy Bangkok, or even the lush terrain of the rainforests. However what doesn’t always immediately spring to mind is the country’s illustrious royal family. Whilst Queen Sirikit might not quite have the same profile as the Windsors, she has had a strong influence on the architecture of Thailand, and is incredibly significant and important to the country’s culture. Every year on 12th August, the people of Thailand celebrate their Monarch’s birthday in style, creating a beautiful festive tradition that truly incorporates the beauty and the culture of this exquisite country.

Paying tribute to Queen Sirikit, the buildings are bedecked in grand decorations to honour her, with the most splendid being in Bangkok, where many buildings and streets are adorned with coloured lights, flowers and even portraits of the Queen. During her birthday, flags, festivals and parties take place across the whole of the nation, as the country is swept up into a party frenzy that lasts both through the day and well into the night.

An unforgettable festival, the Queen’s birthday is the perfect way to experience the beauty and the culture of this great nation.

If you can’t make the illustrious candle festival, then don’t worry too much as you may be able to catch the Long Boat Racing Festival instead. Marking the end of the Buddhists Rains Retreat, this traditional boating celebration happens all over the country, with some of the biggest boat races taking place in Ayutthaya, Phichit, Phitsanulok and Narathiwat.

A culturally significant festival that represents how historically, people had to travel in boats between districts after the rainy season, it’s an age old tradition that’s been around for 600 years. Seen as raising morale and encouraging bravery, the sporting event involves numerous races and test of endurance, where winners are given cups and awards to celebrate their illustrious achievements. Whilst competitive, this festival is all about community spirit and is often accompanied by music, celebrations and festivities that truly bring this event to life.

The Rap Bua Festival literally translates as ‘the ritual of gifting and receiving lotus flowers’, and that’s exactly what this festival celebrates. A beautiful and unique ancient Buddhist tradition celebrated by the locals of the Bang Phli District in the Samut Prakan province, it’s a significant cultural event that showcases the locals generosity.

Celebrated in the month of October, the highlight of the festival is undeniably the majestic barge procession, where a replica of Luang Phor Toh Buddhist is sailed across the waters of the Samrong canal. As locals stand and watch along the banks, they throw lotus flowers around the barge into the river as a mark of their respect and adoration. Custom also decreases that those who throw lotus flowers before the image of Luang Phor Toh will be granted a wish. Centuries ago, men and women traditionally would wish to meet their soulmate at every Rap Bua festival, however over the years, many have broken away from this particular tradition and now wish for whatever their heart may desire.

Undeniably one of the most beautiful and breathtaking festivals of all, the Loi Krathong festival is celebrated across the whole of the country, where thousands of candles and lanterns are lit across the night sky.

An unforgettable sight, perhaps one of the most iconic and memorable celebrations is held in Chiang Mai, where thousands of lanterns are released by locals and travellers alike who all come together to fill the night sky with their light. Alternatively other regions across Thailand choose to create floating baskets (otherwise known as a krathong) that are fashioned from banana leaves, flowers and incense sticks, which are then let loose to float across the waters of the regions.

Symbolising new beginnings, couples traditionally use this festival to wish for a happy life of marriage together as they release their lantern or their basket together at the same time, whilst others may place coins within their krathong as an offering to Buddha and the water spirits.

If you’re looking to capture a picture perfect memory, make sure that you the Loi Krathong festival is a priority for your luxury adventure to Thailand.

With so many beautiful and culturally significant festivals to choose from, no matter when you choose to holiday around Thailand, you can be sure that you’ll be experiencing something truly unforgettable and extraordinary.

Andrew Bezhenar is the Founding Partner and Director of Berkeley Travel. Berkeley Travel are specialists and connoisseurs in creating bespoke getaways to compliment your lifestyle and tastes; curating tailor-made luxury holidays for clients around the world.

The best ski resorts for families

10 of the world’s most luxurious airport lounges 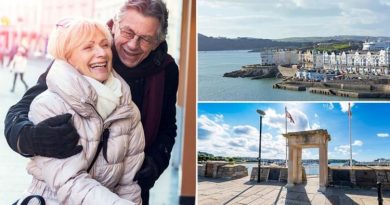 Plymouth walks: Top two walks around Plymouth to stride out on this winter