Air travelers faced disruptions this week from a new round of wintry weather.

A developing storm system was expected to spread a mix of snow, rain and icy weather across a large swath of the United States this week. The system was forecast to move out of the Southwest on Monday and across the Great Plains by Tuesday.

By Wednesday, a mix of rain and wintry weather was expected to overspread the Midwest and Great Lakes region and move into the Mid-Atlantic, where several inches of snow appeared possible in Washington and Baltimore. The delay-prone airports near New York City and Philadelphia also could see flight disruptions Wednesday as cloudy, windy and wet weather moves across the region.

The problems looming later this week follow a rough weekend in the Midwest, where wintry weather made a mess of air travel on Sunday. More than 850 flights were canceled nationwide, with many of those coming at Chicago’s busy O’Hare and Midway airports. Cancellations lingered there Monday as carriers tried to get back on schedule. United was waiving fees for Monday travelers flying through O’Hare.

This week, Southwest Airlines had already started waiving rebooking fees ahead of the new storm. It’s likely that other carriers would do the same as forecasts solidified.

Southwest does not charge change fees, but the waivers allowed most customers ticketed to fly through the covered airports to make one change to their itineraries without paying a recalculated fare.

Travelers scheduled to fly this week should keep an eye on the weather, especially if their itineraries include flights through airports in the Great Plains, Midwest and Mid-Atlantic. 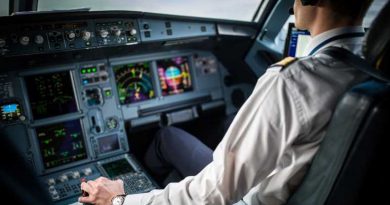