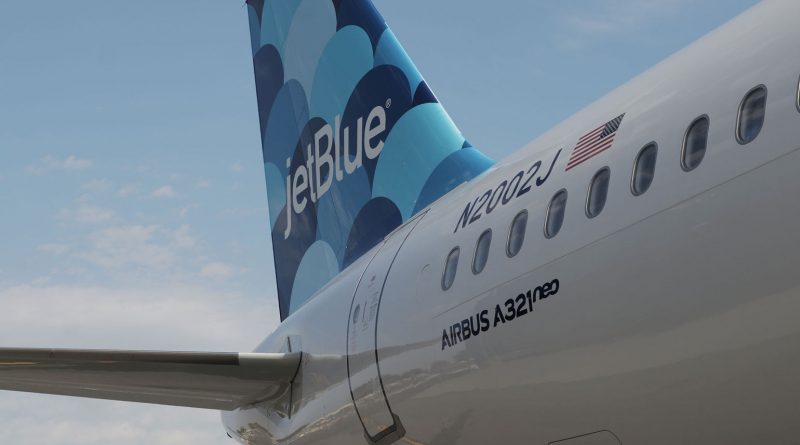 “We are seeing incredible revenue momentum,” JetBlue CEO Robin Hayes said during a presentation at the J.P. Morgan Industrials Conference.

JetBlue now projects revenue for the first quarter will be down 6% to 9% from 2019, compared to its January projection of down 11% to 16%.

Outgoing American CEO Doug Parker said that domestic leisure demand is higher than it has ever been.

“Demand for travel is really strong. That I believe,” said Parker, who advised investors to go big on the U.S. airline sector, especially the Big Three network airlines of American, United and Delta.

American now forecasts that first-quarter revenue will be down 17% from three years ago, compared to a prior projection of down 20% to 22%.

United, Delta and Southwest made similar forecast upgrades. Delta now expects to reach 78% of 2019 revenue during the first quarter compared with its January projection of 72% to 76%.

“Business traffic is booming,” United chief commercial officer Andrew Nocella said at the conference. We still have a long way to go. But we have made so much more improvement than we thought.”

The carrier said business revenue has reached approximately 75% of the pre-Covid level.

Still, high-cost fuel has led carriers to dial back how much they plan to fly.

And JetBlue expects to fly 1% less capacity than the March quarter of 2019, which is the low end of its earlier capacity forecast of down 1% to up 2%.

Southwest, which holds hedges on 65% of the fuel it expects to use this year, has made a modest capacity adjustment. The carrier now expects first-quarter capacity to be 10% lower than 2019, compared to earlier guidance of down 9% to 10%.

In her conference presentation Tuesday, Southwest CFO Tammy Romo said that the carrier’s fuel-hedging strategy gives it a significant advantage right now over other U.S. carriers.

Based upon March 10 crude oil prices, the carrier estimates it holds fuel hedges worth $883 million for the remainder of this year.

The advantage Southwest is gaining from hedging is evident when comparing its estimated first-quarter fuel costs to competitors. Southwest expects fuel costs per gallon in the fourth quarter of $2.25 to $2.35. That compares to per-gallon estimates of $2.99 by United, $2.89 by JetBlue, $2.80 by Delta and between $2.73 and $2.78 by American.

Airlines that don’t hedge fuel say that hedging costs money over the long-term, as they have to pay fees associated with hedges and they get locked into higher jet fuel prices when the value of crude falls.

Airline stocks were surging Tuesday on the carriers’ bullish demand reports, with American, Delta, and United stock each up close to or above 7% in early afternoon trading.