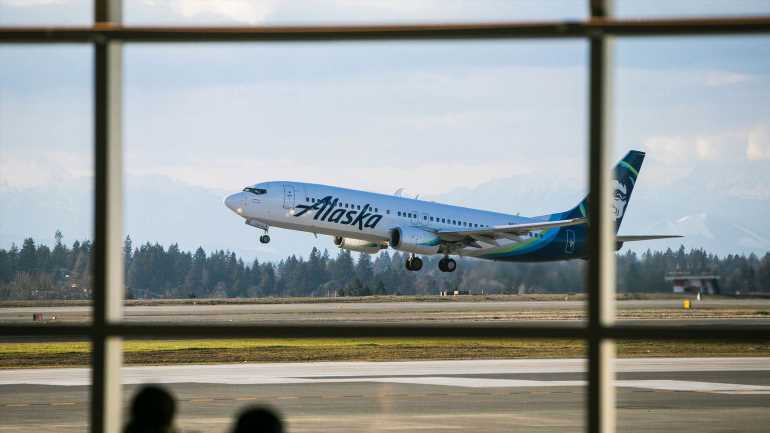 Alaska Airlines has cut its capacity outlook for the first half of this year due to rising jet fuel prices.

In a regulatory filing Tuesday, the Seattle-based carrier said it now expects its first-quarter fuel cost to be $2.60 to $2.65 per gallon versus its earlier expectation of $2.45 to $2.50 per gallon.

As a result, the airline now expects to fly 3% to 5% less capacity in the first half of 2022 compared with 2019. In late January Alaska projected first half capacity to be flat to slightly up from the 2019 level.

Alaska is shielded from a potentially larger fuel cost impact because it is hedging approximately 50% of its anticipated fuel consumption this year, CFO Shane Tackett said during the Raymond James Institutional Investors Conference on Tuesday.

According to the U.S. Energy Information Center, U.S. jet fuel hit an average price of $2.86 per gallon at the end of last week, up from $2.16 at the end of 2021, as the war in Ukraine continues to drive a surge in crude oil prices.

Alaska is the first U.S. mainline carrier to report that it is adjusting capacity due to the fuel price jump.

DOT Refuses Request by JetBlue, Spirit to Suspend Some Flights