Delta is breaking its own records for operating without cancellations.

According to data issued by the airline Delta logged what it calls its 90th “brand day” of the year last Friday, already matching all of the 2017’s brand days, just nine months into this year.

A brand day is a day when both sides of Delta’s operation, mainline and Delta Connection, run without a cancellation, which the airline described as no small feat given that an average of 5,500 flights depart each day across the system.

Since hitting that record on Friday, Delta employees have achieved two additional “brand days” bringing the total to 93 days when the airline maintained 100 percent system completion.

The brand days record for 2018 comes on the heels of Delta Connection achieving its own 100-day cancel-free milestone earlier this month, which the airline said is due in large part to regional partners continuing to close the gap and meet operational metrics, bringing consistent reliability.

“It’s an incredible achievement and nothing short of impressive, especially given the operational challenges we’ve experienced this year, including several nor’easters, hurricanes and typhoons, and countless disruptive thunderstorms in several major hubs this summer,” Gil West, Delta’s CEO, said in a statement.

More than 130 million people have flown Delta so far this year. During this past summer, the airline flew about 60 million customers, including nearly 662,000 in one single day. Even with such a busy summer season, Delta recorded 36 brand days and a completion factor of 99.34 percent.

The airline noted that its record completion factor achievement was made possible by every division across the company, particularly Delta’s cross-company task force, which is charged with reducing the impact of irregular operations.

The team, which was assembled to analyze opportunities for improvement during and after irregular operations, has significantly enhanced how the airline recovers from operational disruptions and reducing cancellations.

“From tightening turn times in major hubs by keeping crews with the same airplane to improving technology throughout the operation, contributions from teams across the company have proven fruitful in getting the airline, and its customers, moving as quickly as possible,” said Delta.

The airline said another component of its brand day success is its close coordination with ATC Centers, specifically in the Northeast.

“The OCC team has made strides in working a better flow of arrivals and departures into the crowded New York airspace during convective weather in the summer season,” said Delta. “A better balance means fewer constraints in and out of busy airports and major hubs during weather events, reducing delays and the chance that Delta flights, specifically Delta Connection flights, have to cancel as a result.”

Delta was also recently recognized for having the best airport lounge in North America. The Delta Sky Club at Seattle-Tacoma International Airport was named “North America’s Leading Airport Lounge 2018” for the second year in a row by the World Travel Awards, based on votes from travel and tourism professionals and consumers across the globe.

However, it’s not all good news for customers flying Delta. The airline also recently announced that it is increasing checked bag fees. 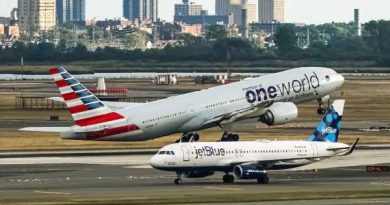