A New York City-bound Delta Air Lines flight was left stuck on the tarmac in Memphis for nearly two hours this week due to a combination of severe weather and an alleged dispute with the airline’s fueling contracting company, according to FOX13.

“It’s just been crazy, sitting here for two hours waiting to get fuel when there were obviously trucks that could have brought us fuel,” passenger Kelsey Beagle told the news station.

“You know, I understand if you have an issue that you obviously want to be seen and heard, but the pilot has no control over that, the passengers don’t have control over that, we don’t even know what the issue is so it just seems silly that they’re possibly doing this on purpose when it won’t do anything but make people upset,” she added.

Beagle said that the flight crew informed passengers that the delay was the result of a dispute within the fueling company but the airline called it a “staffing issue.”

A Delta spokesperson apologized to customers for the delay in a statement to FOX13, confirming that “weather impacting the northeast and a staffing issue with the fuel contracting company” was to blame.

The carrier said no other flights out of Memphis were impacted. 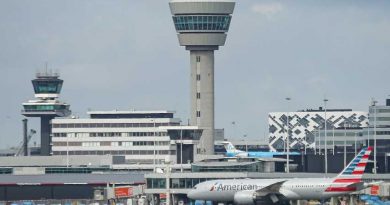 What next for Bugatti and Lamborghini as new boss takes the wheel?