easyJet has said it expects profits of between £570-£580 million for the full year, at the top end of its previous guidance.

The low-cost carrier has been able to take advantage of the collapse of Monarch and airBerlin, while rival Ryanair has also been beset by strike action.

“easyJet expects to deliver a strong performance in both quarter four and the full year, driven by better-than-expected growth in passenger and ancillary revenues, as well as reduced losses at our Tegel operation,” said Johan Lundgren, easyJet chief executive.

“This has been achieved despite higher costs caused by disruption due to third party industrial action and severe weather.

“However, we have benefited from a number of one-off events in 2018, including the bankruptcies of Monarch and Air Berlin, as well as Ryanair cancellations.”

Passenger numbers for the full year (excluding Tegel) are expected to increase by 5.4 per cent to circa 84.6 million, driven by an expected increase in capacity of 4.2 per cent to circa 90.3 million seats which was lower than originally planned due to the level of external disruption.

Load factor for the full year is expected to increase by one percentage point to 93.6 per cent.

Total revenue per seat (excluding Tegel) operations at constant currency for the full year is expected to increase by circa 6.5 per cent.

Total revenue per seat excluding Tegel operations at constant currency for the second half is expected to increase by circa five per cent, at the high end of previous guidance.

Total reported revenue (including Tegel) is expected to be circa £5.9 billion.

easyJet is progressing well with implementing its operational delivery and building its market presence in Berlin, while flying an inherited inefficient schedule that had the biggest impact in the peak summer season.

Headline losses for Tegel operations for the year are expected to be around £115 million for the full year, an improvement on previous guidance.

easyJet expects to have flown around 4.9 million seats during the financial year and load factors remain strong, at circa 85 per cent for the fourth quarter, highlighting positive customer uptake.

easyJet also expects a further reduction in non-headline costs for the year to circa £45 million.

The carrier expected total loss for Tegel operations has now improved to be in line with its original guidance of around £160 million. 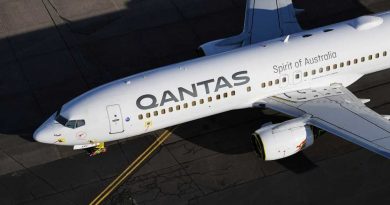