Memorizing this guy’s face just might be your ticket to a free airline or hotel upgrade.

Gilbert Ott, a frequent flier and blogger who runs the travel-tips website ‘God Save the Points’, is resurrecting an extraordinary offer to exchange his first- or business-class seats with fellow passengers who spot him at the airport, or even just out-and-about during his travels.

Ott first piloted the notion two years ago with his viral “Catch Me if You Can” social media campaign, in which he invited travelers to swap their economy-class seats with his first of business-class ones if they recognized him at an airport as he was jetting around the globe. The 2017 contest resulted in Ott upgrading around 40 people, but this year’s version promises to be even better, as he’s partnered with Capital One Venture and other providers who’ve supplied him with extra giveaway perks to hand out.

Ott told the Daily Mail, “The fun thing this time around, is thanks to Capital One Venture, I have things people can get off me even if they’re not flying. Find me in a city, take my hotel suite for the night. Even if someone’s already found me, I’ve been generously plied with goodies, tickets and other things.’ 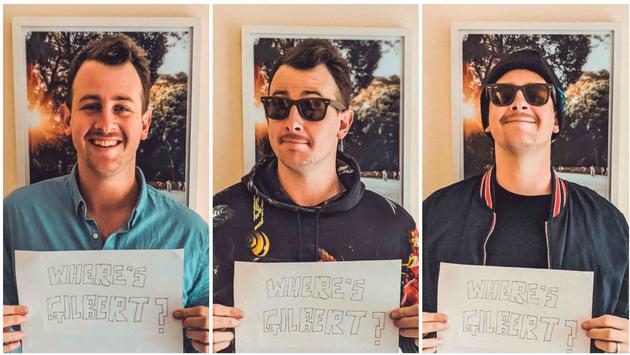 The 32-year-old travel blogger, who lives between New York and London, explained that the public will need to stay sharp if they’re keen to swap with him. He won’t be hiding in any lounges pre-flight, he said, and you may find him loitering around the gate area, at check-in, security or pretty much anywhere else; but, once he’s boarded the plane, you’ll have lost your chance and the premium seat is all his.

Ott explained that the motivation behind his lifestyle giveaway contest is twofold: it promotes his site and he enjoys being able to make people happy and gift them some awesome experiences they may otherwise never have. Plus, it invites followers to engage in a fun kind of game via social media, which everyone loves. 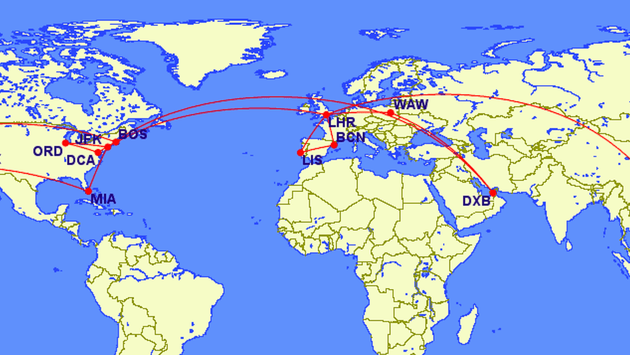 He told the Daily Mail that, at first, “It was purely a promotional stunt, inspired by something I’d heard Richard Branson often did at Virgin Atlantic, swapping his luxury seat with another passenger to make their day. I figured if he could do it, I probably could too, and if it got some extra eyeballs to my website, why not?!”

The 2019 #WheresGilbert social-media upgrade challenge kicks off today, November 30, continuing through December 11, 2019. Ott’s itinerary for the allotted time period will be taking him on long-haul treks throughout Europe and the USA, with a brief stint in the Middle East and Asia, so keep your eyes peeled, wherever you may be.

Ott plans on dropping clues as to his current whereabouts daily on social media, so participants should watch out for #wheresgilbert hashtag.

Saudi Arabia’s flyadeal ‘in a holding pattern’ over Boeing deal