Over one hundred years ago, on December 17 1903, brothers Orville and Wilbur Wright changed the face of transportation forever when their Wright Flyer took to the skies at a speed of 48km/h just south of Kitty Hawk in North Carolina, travelling 37 metres in 12 seconds to become the first ever aeroplane flight.

There was a similar feeling of history being made this week, as the DP World-backed Virgin Hyperloop One (VHO) completed its first test run in the Nevada desert, when the two-person vehicle made a 500-metre journey in just 15 seconds.

Virgin has previously said that the ground-breaking technology will be capable of transporting close to 45 million passengers per year in the region at speeds of over 1,000km/h. And that the hyperloop will have the ability to connect all Gulf cities within an hour from each other, with zero direct emissions, using solar panels which cover the tube. 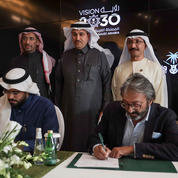 Late last week, VHO and Saudi Arabia’s Ministry of Transport announced a partnership to conduct a pre-feasibility study on the use of hyperloop technology to transport passengers and cargo

Josh Giegel, the co-founder of Virgin Hyperloop and chief technology officer, was one of the first two passengers to test the technology, which was originally proposed by eccentric US tech magnate Elon Must in 2012.

He told Arabian Business: “We talked about Kitty Hawk. Our flight was longer than the Wright Brothers’ first flight. It took 67 years from that flight to get to the first 737 and we’re trying to do that in less than ten.”

He added: “I think this is going to be big. My son just turned two and my goal with him is to have him at some point say, ‘hey dad, how did you get around before Hyperloop?’ If you look at how the transformative nature of transportation has been, you look at Spanish ships, you look at Roman roads, the trans-continental railroads, the aeroplane, even the internet.

In pictures: First passengers travel safely on a hyperloopSuperfast travel is one step closer to realisation in the Middle East 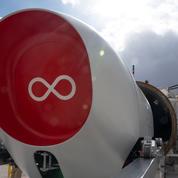 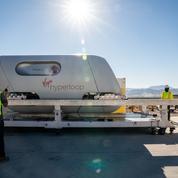 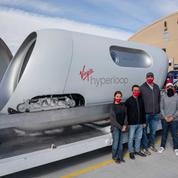 “Every time we got people connected, there’s been a massive amount of GDP growth that follows. And you look at what built the United States, what built a lot of these countries, was the railroad, interstate systems and whatever that might be.

“That’s fine, but that was 100 years ago. That technology is old technology. Imagine if I gave you a communications device from 100 years ago, it would be Morse code on a telegraph wire or maybe Marconi’s wireless. But at the end of the day, we don’t live in that same time, but our transportation does.” 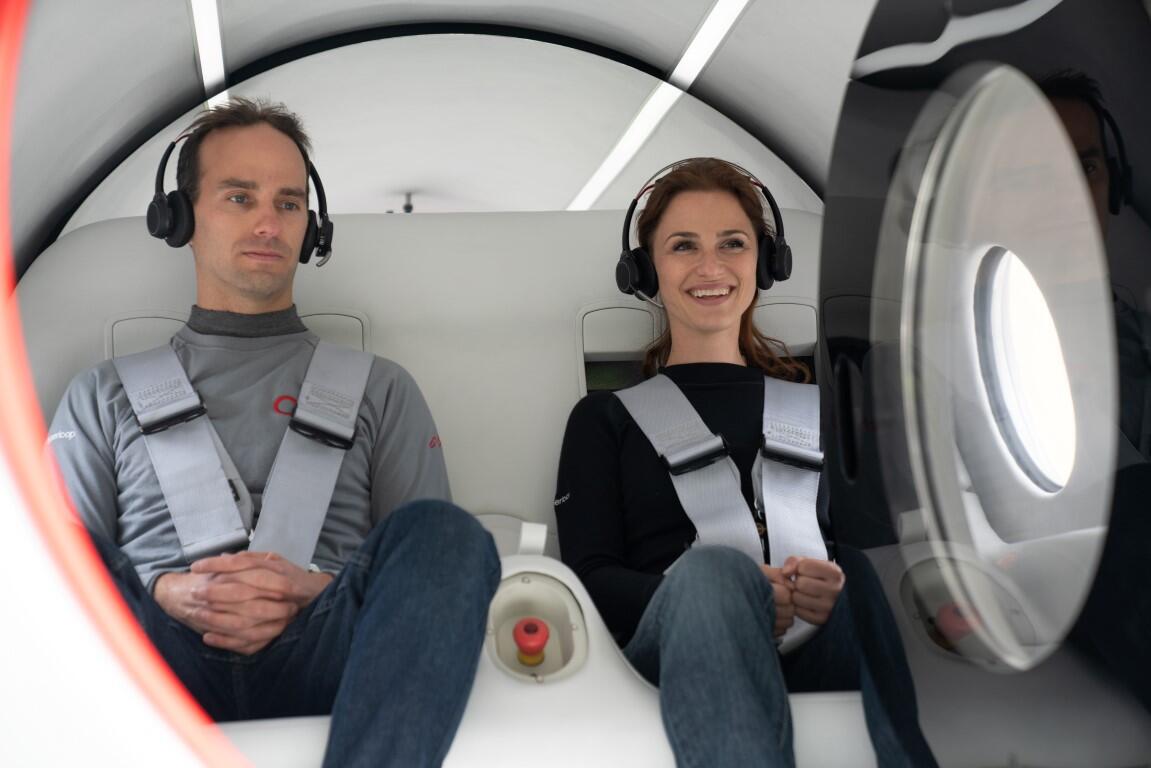 Josh Giegel, Co-Founder and Chief Technology Officer, and Sara Luchian, Director of Passenger Experience, were the first people in the world to ride on this new form of transportation

The maiden voyage for Giegel and his colleague Sara Luchian also proved a landmark moment for the former, a mechanical aerospace engineer, who quit his job with SpaceX back in 2008 to devote his time and efforts to this futuristic-style mode of transportation.

He explained: “It was pretty incredible. Six years ago, almost to the day, I was sitting in a garage thinking about designing and building a team and a company that could build Hyperloop. We built a team and designed a product and I sat in a Hyperloop yesterday (Sunday).”

There are currently 1,500 people on-site in the US as part of the testing procedures, all operating under strict health and safety guidelines as a result of the current global Covid-19 pandemic. And while Giegel would be forgiven for having a few nerves ahead of launch, he revealed his anxieties were not caused by concerns about his new technology. 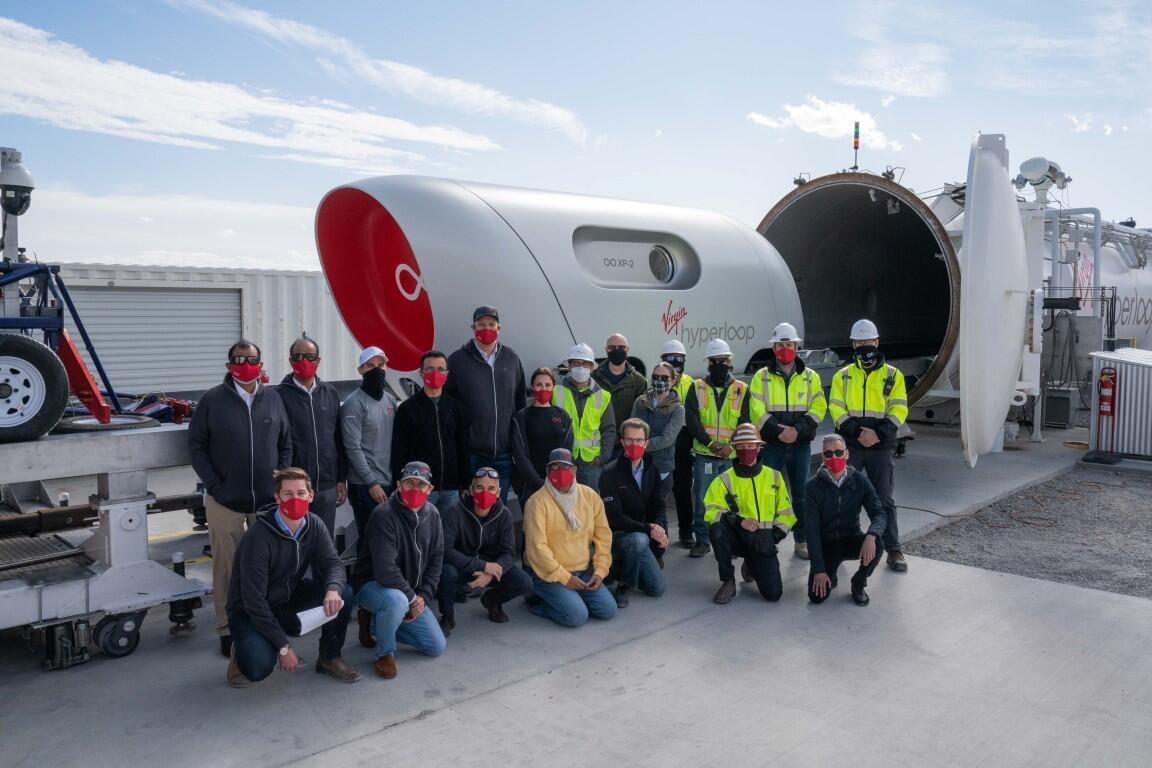 There are currently 1,500 people on-site in the US as part of the testing procedures, all operating under strict health and safety guidelines

“I had some nerves. We’ve had a lot of (coronavirus) testing. I’ve probably had more things shoved up my nose in the last two weeks than you could possibly imagine,” he said.

“That was my biggest set of nerves. Yesterday (Sunday) morning I was most anxious when I was sitting there waiting the 15 minutes for the test results to come back. Luckily everything went smoothly, but I was just excited.”

Once brought into regular use, the pods will be able to transport up to 28 people at a time, Virgin has said, with larger models for moving goods also in development.

In describing the short journey, Giegel said: “I’ve probably spent a couple of hundred hours looking at test data. You can look at it, you can try to understand what it would feel like, you can try to do all these things, but once you get into it, it really exceeded my expectations. It was more comfortable than I thought it was going to be, it was smoother, it was quieter than I thought it would be.”

Virgin’s Hyperloop has raised more than $400 million, largely from company CEO Richard Branson and the logistics company DP World, which is owned by the Dubai government.

VHO’s clean energy solution supports the goals of the UAE’s federal ‘Energy Strategy 2050’, to increase the contribution of clean energy in the total energy mix from 25 percent to 50 percent by 2050 and reduce carbon footprint of power generation by 70 percent, saving AED700 billion ($191bn) by 2050.

The Virgin Hyperloop One Centre of Excellence (CoE), if approved, could create more than 124,000 high-tech local jobs and drive a $4bn increase in Saudi GDP by 2030, according the study. 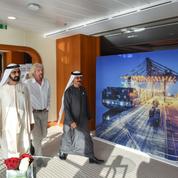 CEO Jay Walder told Arabian Business: “DP World has been a huge supporter of what we’re doing. They recognise the power of this for mobility and logistics.

“We continue to have discussions in the GCC as well and I’m pretty confident something’s going to happen soon. I think the excitement is really palpable, we’re really excited about it. But let’s hold our powder, that’s for another day.”

US Warns Commercial Flights About Dangers of Flying Near Iran