A Texas man was arrested when his flight landed in Tennessee Sunday night after he allegedly groped a female passenger while she slept.

According to The Associated Press, 30-year-old Alfredo Vela IV was on a Southwest Airlines flight to Nashville International Airport when he reportedly beginning rubbing a woman who fell asleep next to him.

In the police affidavit, the victim claims she spoke briefly with Vela before falling asleep. When she woke up, she found the man rubbing her back and accused him of touching her chest, inner thigh and trying to put his hand up her shirt.

When the plane landed in Tennessee, police arrested the man and charged him with felony sexual battery. Vela admitted to scratching the woman’s back, but refused to comment about the accusations after he was arrested.

Vela was booked into the Davidson County Jail, but posted his $5,000 bond and was released from jail.

US approves sale of Chinooks to the UAE in $830m deal 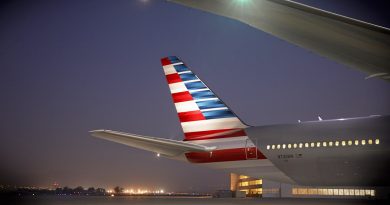