An Israeli businessman was denied a flight with Kuwait Airways after asking for a kosher meal.

Shmuel M. booked business class tickets from Munich, Germany, to Colombo, Sri Lanka, with Kuwait Airways in November 2018. He contacted the airline to ask about a kosher meal on the flight, and after doing so, the airline asked him if he held an Israeli passport.

After replying yes, the airline told Shmuel M. that they would not be able to accommodate him on the flight, and he would need to speak with the airline’s lawyers for further information.

This anti-Semitic move by Kuwait Airways has prompted Shmuel M. to sue the airline with the help of The Lawfare Project. They have filed the case at the Landshut District Court which covers Munich International Airport. The hearing will most likely take place later this year.

Kuwait Airways has not replied to the claims writ, though this is not the first time that they’ve denied an Isreali national on their flight. In 2017, the airline denied Mandy Blumenthal from purchasing a ticket on their airline from London to Bangkok via Kuwait.

She was trying to purchase the ticket at Heathrow Airport, but when the Kuwait Airways agent saw her Israel passport, they told Blumenthal, “Israeli passport holders are not permitted to travel on Kuwait Airways.”

Kuwait Airways justified its discrimination with an old Kuwaiti law that bans Kuwaiti citizens and companies from doing business with anyone from Israel. In Blumenthal’s case, Kuwait Airways was found at fault and made to pay substantial damages and costs to Blumenthal.

Brooke Goldstein, the Executive Director of The Lawfare Project, representing the plaintiff, said: “Time and again Kuwait Airways has shown itself to be a bigoted airline with a bigoted policy that should have no place in a modern liberal democracy. An airline that kicks Israelis off planes should be kicked out of Germany.”

“When a Jewish passenger is denied the right to travel after requesting a kosher meal, in Germany of all places, then anyone who respects the values of equality, fairness and the rule of law should be appalled.”

Nathan Gelbart, The Lawfare Project’s German counsel, said, “If Kuwait Airways wishes to continue operating in Germany then the message should be clear: carry everyone or carry no one. There can be no discrimination against Jews on German soil. As long as we permit an airline to advertise flights for everyone except Israelis it is a stain on the moral fabric of our country.”

Other lawsuits by The Lawfare Project against Kuwait Airways in the U.S. and Switzerland has prompted the airline to cancel their NYC to London flights and inter-European flights, rather than allow Israel nationals to fly on their planes. 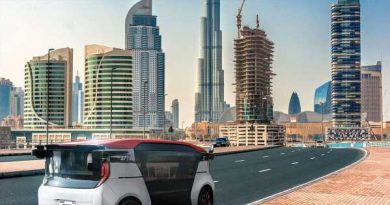 GM-backed Cruise will offer driverless service in Dubai in 2023

‘I would do nothing different’: Former Etihad CEO James Hogan says he has ‘moved on’

FlyArystan prepares for launch in Kazakhstan