Home » Transport » Southwest Under Investigation for Weight and Balance Calculations

Today, the Wall Street Journal broke the news that Southwest Airlines has been under investigation by the Federal Aviation Administration for a year. The investigation, which began in February 2018, is focused on the airline’s aircraft weight and balance calculations.

“Since that time, the FAA has directed the development of a comprehensive solution to the methods and processes used by Southwest Airlines to determine this (weight and balance) performance data,” FAA spokesman Gregory Martin said in a statement. “The FAA will not close its investigation until it is satisfied that Southwest’s corrective actions are consistent and sustained.”

The Wall Street Journal’s findings rely on internal FAA documents and interviews with unnamed FAA officials. The report found that as many as one-third of Southwest’s daily flights could have been operating with inaccurate weight data during certain periods when baggage handlers manually counted bags instead of using computerized scanning.

In this instance, “weight” is the total weight of the bags, cargo and passengers, while “balance” is how it is set up in a plane. The weight and balance calculations are critical to the speed of the plane taking off and landing, the amount of fuel an aircraft can carry and how it operates throughout a flight. Planes that aren’t properly balanced and weighed can have problems with stopping and taking off.

Southwest claims there’s no evidence to support that they’ve been operating under inaccurate weight data, and Brandy King, a Southwest spokeswoman claims they’ve added safety margins into the system “to allow for the possibility of discrepancies and to assure performance limitations are never compromised.”

She also claims the airline’s approach to calculating weight and balance is working. After approval from the FAA, the airline switched to a new system in August 2017 in an effort to improve reliability and accuracy, adding more changes in 2018. They also plan to start scanning each bag as its loaded onto a plane in 2019, a process other airlines use.

“While no system can ever be perfect, our weight and balance program is a proven, reliable system with checks and balances installed to ensure safe operations by any measure or standard,” King said in a statement.

The Wall Street Journal says the FAA investigations began after allegations were raised by a whistleblower and the FAA received multiple safety complaints on a hotline. Southwest, on the other hand, says it voluntarily alerted the FAA about the baggage weight discrepancies. The Journal said, “the FAA told the carrier ‘there have been numerous reports of ground operations personnel and/or flight operations personnel not following Southwest Airlines procedures for entering correct and complete weight information’ before takeoff. One early document called it a “high-risk concern.”

“The inaccuracies prompted swift FAA responses, and were considered serious enough to require Southwest to physically audit the number of bags unloaded daily from 25 percent of its flights,” the Journal added. “That sample was later reduced, at Southwest’s request, to 15 percent. The airline continues to provide daily status reports to the agency.”

All of this comes at a bad time for the airline as it tries to get its Hawaii flights off the ground and just recently declared an “operational emergency” as more than double the usual number of aircrafts have been grounded due to what they say are “random mechanical issues.”

Britain to invest $30m in logistics hub at Omani port 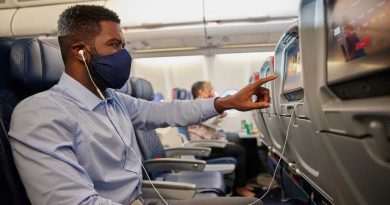