Apple co-founder Steve Wozniak said on Tuesday that he has “lost faith” that self-driving cars are going to see widespread use in the near future.

Speaking at Mastercard’s “Connecting Tomorrow” event in Barcelona, Wozniak said that he still does not believe that the artificial intelligence systems needed for self-driving vehicles would be able to cope with the realities of driving on roads alongside manually operated vehicles.

“They have to drive on human roads. If they had train tracks, [there would be] no problem at all,” he said. “I don’t believe that that sort of ‘vision intelligence’ is going to be like a human.”

As an example of where he believes self driving vehicles will struggle, Wozniak pointed to the possibility of impromptu signs being put up by police near roads.

“Artificial intelligence in cars is trained to spot everything that is normal on the roads, not something abnormal,” he said. “They aren’t going to be able to read the words on signs and know what they mean. I’ve really given up.”

Around the world, a number of companies and governments have begun experimenting with and testing a variety of self-driving vehicle concepts. In Dubai, for example, the Roads and Transport Authority (RTA) has announced plans to transform 25 percent of trips in the city into driverless trips by 2030.

However, plans to implement autonomous vehicles around the world were dealt a severe blow in early 2018 after a fatal incident in which an autonomous Uber vehicle in Arizona struck and killed a pedestrian, causing the company to halt its self-driving car programme.

In his remarks on Tuesday, Wozniak – who remains on Apple’s employee list despite leaving day-to-day work there in 1985 – said that for a time he thought that “Apple would be the company that makes a car without a steering wheel, back when I thought such a thing was really going to happen.”

“Then Apple supposedly gave up the hardware…to develop the software to self drive cars,” he said. “Apple gave that up.” 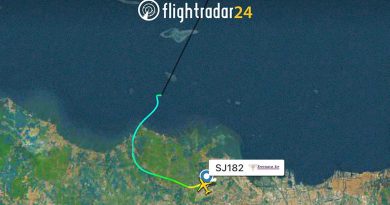