A former NBA player is suing United Airlines for $10 million after an altercation with a flight attendant on July 13.

Eric Murdock, who played in the league for nine seasons, accused the attendant of “race-baiting” when he tried to switch seats on Flight 1537.

According to the lawsuit filed in New York Eastern District Court , Murdock, who is black, asked the flight attendant, a white woman, if he could move to the empty emergency exit row so he and his son could sit together. The two were on a plane to Newark Airport in New Jersey after attending a conference in Las Vegas. The flight attendant said that row costs a premium price but did not specify how much, according to court documents.

Before takeoff, a passenger was about to claim the seat but offered to switch with Murdock instead. The former point guard accepted the offer, but the flight attendant did not. She told him to return to his seat and claimed the row must remain empty.

About 30 minutes later, the flight attendant allowed a white woman to sit in the seat she allegedly told Murdock had to be empty.

Later, after Murdock returned to his assigned seat, the flight attendant went down the aisle offering beverages to passengers. When she approached Murdock, she asked if he was “going to boycott” drinks, according to court papers. The 1991  first-round draft pick did not respond.

Murdock, 50, and Williams were both escorted off the plane by security after it landed and were later questioned by armed guards from TSA. Neither of them were charged.

United Airlines told USA TODAY they cannot comment on the incident and are looking into the allegations: “At United, we proudly hold ourselves to the highest standards of professionalism and have zero tolerance for discrimination of any kind.” 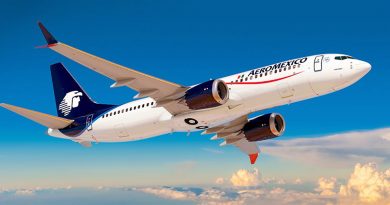 American Airlines Will Start Flying to Morocco, Poland and Tel Aviv Next Summer