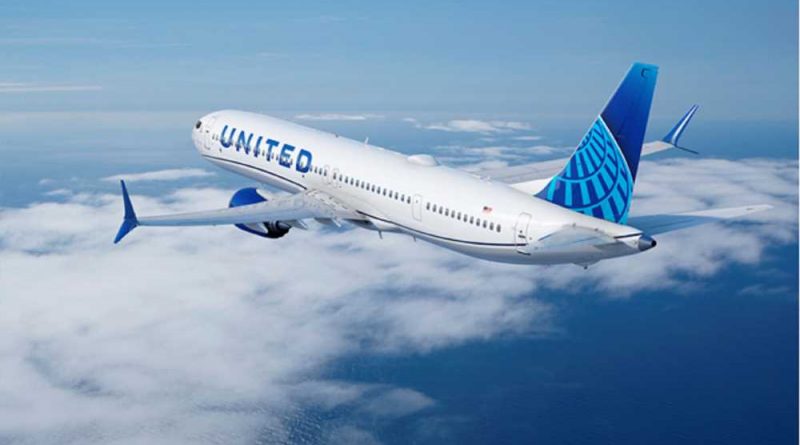 NEWARK — With its order earlier this week of 270 single-aisle, mainline aircraft for delivery by 2026, United plans to increase its premium product offerings for domestic travel.

By the time its fleet renewal is complete, United will have grown its total inventory of domestic first class and Economy Plus seats by 75% compared with 2019 levels. The carrier is betting that the addition of so many more premium seats will give United a leg up with business travelers.

Still, with business travel  still deeply addled by the Covid-19 pandemic, so much expansion comes with risk.

But airline industry analyst Bob Mann of R.W. Mann & Co. said that United can find demand not only from market recovery but by stealing from competitors.

“I think they are targeting Delta in the premium space,” Mann said.

Product differentiation, indeed, is a major emphasis of the fleet upgrade, United CEO Scott Kirby told investment analysts during an event at the Nasdaq stock exchange on June 29.

Among other items, United will have seatback screens on every domestic mainline seatback by 2025, to go along with high-speed WiFi. The Panasonic entertainment systems have 2,800 hours of content and Bluetooth connectivity. High-speed WiFi is to be supplied by Viasat. Each seat will offer power outlets.

Industry analyst and blogger Jason Rabinowitz also sees United’s cabin improvement strategy as an attack on Delta, which has worked over the past decade to position itself as the premium U.S. carrier. Delta has seatback screens on nearly its entire domestic mainline fleet while American has removed the systems from most of its single-aisle aircraft.

“United is once again ready to compete for the premium high-end traveler,” Rabinowitz said. “They think — and they have the data to prove it — that if you have seatback entertainment screens, passengers will like everything else onboard better.”

Meanwhile, United’s announcement that it will provide consistent, fully connected interior configurations on all narrowbody planes by 2025 represents United’s most substantial initiative yet to differentiate itself on product.

United’s largest-ever aircraft order includes 150 Boeing 737 Max 10s, 50 of the smaller 737 Max 8s and 70 Airbus A321neos, with deliveries set for between 2023 and 2026. Those orders, combined with the order book United had prior to the expansion announcement, means the carrier is expecting to take delivery of nearly 500 narrowbodies by 2026.

Over the same period, United plans to retire 300 narrowbody and regional planes, including 200 of the approximately 300 single-cabin, 50-seat aircraft it currently uses in its United Express regional network. The upshot will be an airline that emerges from the fleet renewal with 30% more available seats in its U.S. network than it has today.

But, explained chief commercial officer Andrew Nocella, United is underutilizing those hubs by flying so many 50-seat aircraft and not having robust enough connecting schedules.

As of July 2019, Nocella said, United averaged just 104 seats per North American departure, compared with a combined average of 114 for Delta and American. Furthermore, just 10% of United’s connecting banks (flight clusters airlines schedule in and out of hubs several times per day to facilitate efficient connections) at its mid-continent hubs in Denver, Houston and Chicago have 70 or more departures, the number Nocella says is necessary to reach critical mass.

As it increases its fleet size, United plans to add approximately 100 flights per day in each of those airports over the next several years, enabling it to bring 65% of connecting banks to 70 or more departures. In addition, approximately 33% of United’s domestic departures are on one-class, 50-seat planes. But that figure will drop to 10% by the end of the fleet renewal. By then, United will have stopped flying 50-seat aircraft between large cities, and the remaining single-class 50-seaters will be used only on appropriate routes, Nocella said, such as between Denver and small Mountain West towns like Cody, Wyoming.

Another advantage to the renewal project: The fleet of overall larger planes will reduce United’s costs per available seat mile by 8% excluding fuel, the company estimates.