A woman who was asked to stop breastfeeding her son as her flight was preparing for takeoff is standing up to the airline.

According to the Daily Mirror, 36-year-old Kelly Edgson-Payne said she was feeding her son Lex when a male attendant on her easyJet flight informed her she could not breastfeed during takeoff, forcing the mother to remove the child in the middle of a feeding.

Edgson-Payne was flying from London to Spain in August with her husband and four children when the incident took place. She was forced to cover up quickly, but her breast continued to leak milk due to the abrupt stop to the feeding.

“It’s just absolutely crazy that I was told that I couldn’t feed him — crazy, and really embarrassing for me,” Edgson-Payne told the Daily Mirror. “I find it really disappointing that an airline I trust, and who we fly with all the time, actually broke the law in discriminating against me as a breastfeeding mother.”

After the embarrassment, Edgson-Payne reached out to easyJet Customer Services and was informed she could breastfeed on flights as long as it was done discreetly. She is now chastising the carrier for “not seeming to know the law about breastfeeding.”

An easyJet spokesperson released a statement in response to the incident:

“EasyJet supports breastfeeding and customers flying with easyJet can breastfeed at any time during the flight. It is not our policy to ask mothers to be discreet and we make this very clear in our training.”

“This flight was operated by another airline on our behalf and while they should follow easyJet policies we are sorry this did not happen on this occasion. We have followed up to ensure this does not happen in future.” 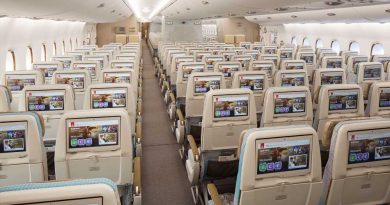 Emirates and Sabre are at an impasse