Home » Travel » 12 Mistakes to Avoid When Redeeming Airline Miles, According to an Expert 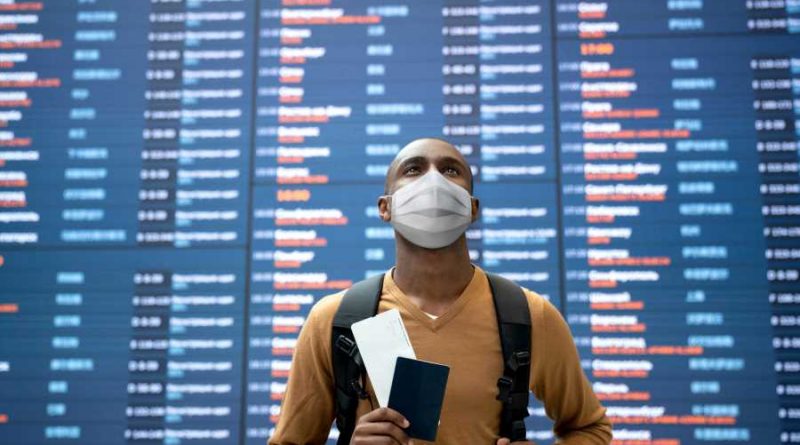 No matter how frequent a flier you are, chances are you’ve had your wings clipped by the COVID-19 pandemic. But just because you’re not earning or redeeming airline miles for flights right now doesn’t mean you won’t be back in the skies in the future. In the meantime, you can continue racking up rewards by using an airline credit card for everyday purchases, shopping through various airlines’ online portals, and other activities. When you’re ready to board again, here are 12 common mistakes to avoid when redeeming airline miles for flights.

1. Not Redeeming Miles Before They Expire

Due to the coronavirus pandemic, most airlines suspended mileage expiration for 2020 and 2021. They could reinstitute it next year, though, so it’s important to check the expiration dates on your various mileage accounts now. Delta, JetBlue, Southwest, and United miles do not expire at all. Air Canada Aeroplan, American Airlines, and Hawaiian Airlines miles disappear after 18 months without qualifying activity, while Alaska Airlines miles go poof after 24 months of non-activity. Don’t rush to hop on a flight, though. Usually, you can reset the expiry clock by earning or redeeming just a single mile. That includes making a purchase with an associated airline credit card, shopping through airlines’ online portals, or just transferring a small bundle of miles to another member’s account. There are lots of ways to keep your miles going for when you eventually want to redeem them.

2. Not Searching in the Right Place

One of the things that makes finding award tickets so difficult is that not all airline websites show the same amount of availability, especially on partner flights. “I always tell people to start by thinking about airline alliances,” says Spencer Howard, founder of the travel website Straight to the Points. “United is great for searching Star Alliance award space,” he says. “Start a search there, then run another one with Air Canada Aeroplan to confirm the availability. Delta.com can be used to find SkyTeam awards.” This includes flights on Air France, KLM, Korean Air, and others.

To take another example, both American Airlines and Alaska Airlines are partners with Cathay Pacific. However, neither U.S. carrier’s site allows you to search for Cathay award seats. Instead, you might need to use the British Airways site — another Oneworld airline partner — for your search, and then book your award over the phone with either American or Alaska.

3. Not Jumping on Limited-time Deals

Most airlines used to have award charts with fixed pricing for flights. For example, a domestic economy ticket would be 25,000 miles round-trip, while a business class seat from the U.S. to Europe would be 100,000 miles. Now, however, many have shifted to a revenue-based system that more closely ties the number of miles required to paid airfares on specific routes. While that means some awards have skyrocketed in price, others have dropped precipitously.

In fact, there have been some incredible award deals lately, including short Delta flights from just 2,000 miles each way, and United flights from 3,000 miles one way. If you see a deal like that, and it fits your travel dates and destinations, don’t hesitate to book, as these bargains tend to disappear fast.

4. Waiting Too Long to Book

Even at normal prices, airline awards can be tricky to pin down. “Once you’ve found award space, I don’t recommend waiting too long to book,” recommends Howard. “I’ve had too many clients and readers wait a few days only to find the award seats were gone.” If you find a ticket that fits your dates and destinations, he says, go ahead and hit that book button. Otherwise, your plans could remain up in the air.

5. Not Being Flexible on Dates

Although award tickets are plentiful at the moment, especially on shorter domestic flights, booking long-haul tickets in premium cabins can be a crapshoot at the best of times. “Flexibility is key. If you’re locked into traveling on specific dates, it can be tough to find award space in the most luxurious first-class cabins. Being open to different travel dates can make all the difference,” says Howard.

6. Redeeming Too Many Miles

When searching for award tickets on an airline’s website, you’re bound to be confused by the sheer range of mileage prices for the same flight on different days and different classes of service. That’s because airlines have become extraordinarily adept at adaptive pricing, adjusting the mileage levels based on things like search demand, airfare fluctuations, and more. Before cashing in your miles, think about this checklist. First, if your airline still publishes award charts, like American Airlines does, use the “saver” level awards as your benchmark for how much you should be spending. If your airline no longer displays award charts, like Delta and United, do a few different searches on routes you’re interested in flying, plugging in dates over several months, and check the range of mileage pricing. Aim for the lower end of the spectrum when you finally do end up booking something.

7. Using the Wrong Kind of Miles and Overpaying

Another way to overspend on award tickets is by not considering all the different types of miles or points you could use for the same ticket. These days, airlines have so many partners — both other carriers as well as credit card issuers — and by thinking about what Howard calls “arbitrage opportunities,” you can use the mileage currency that gets you the best return.

The example he offers is booking a one-way business class award ticket from the U.S. to Europe on Lufthansa. That would cost 77,000 United MileagePlus miles, but just 70,000 Air Canada Aeroplan miles, or a mere 45,000 Turkish Airlines Miles & Smiles miles. Don’t have Turkish miles? You actually might have some without realizing it, because Citi ThankYou Rewards — the type of points you earn with the Citi Prestige and Citi Premier, among other credit cards — transfer to the program. Sure, it takes a few extra steps to convert your points and then book through Turkish Airlines, but it’s worth it to save 32,000 miles.

To take another stark example, let’s say you wanted to fly from Los Angeles to Sydney in business class on Qantas. American Airlines AAdvantage would charge 80,000 miles in each direction, but Alaska Airlines (another partner) would only charge 55,000 miles — a much better deal if you have enough miles with both programs to decide between them.

8. Transferring Credit Card Points Too Soon or Too Late

“Before transferring credit card points to an airline, I strongly recommend confirming that there is award space, because once you do so, there’s no going back,” says Howard. You can’t turn those miles back into credit card points, if you eventually decide not to book.

“Additionally, remember that not all transfers process instantly,” he warns. “That can be an important consideration, since the award space you found could disappear if your points transfer takes several days to go through.”

So, if you have these types of points and are considering using them to book travel directly, or transferring them to an airline partner, you’re going to have to do a little math to maximize the value.

First, find the flights you want and look at how much paid airfares are versus mileage redemptions. Divide the cash price over the number of miles needed, and you’ll get your per-mile value. If that value is lower than what you’d get by simply redeeming your credit card points for the same flight (i.e. you’re getting less than a cent per mile and could use Amex, Capital One, or Citi points instead, or you’re getting less than 1.25 to 1.5 cents per mile when you could use Chase points), then you might be better off booking your ticket directly through your credit card portal.

Let’s say you have the Chase Sapphire Reserve and are looking at United tickets from New York to Chicago. If United is charging 15,000 miles or $150 for the ticket, you’re getting a per-mile return of one cent. But if you have the Chase Sapphire Reserve, you could book the same ticket for 10,000 Ultimate Rewards points, since you get a fixed rate of 1.5 cents per point. Why bother transferring to United in that case?

Certain frequent-flier programs, like British Airways Executive Club, are notorious for piling on surcharges of hundreds or even thousands of dollars on award tickets. “[They’re] the resort fees of the airline industry,” says Howard. “You get excited about using your hard-earned miles and points to book an award ticket only to find out you also owe over $1,000 in taxes and fees.”

“Fortunately, some airline programs don’t pass on those surcharges on award tickets,” he says. He suggests using miles from Air Canada Aeroplan, United MileagePlus, or Avianca LifeMiles to avoid high fees on Star Alliance partners. “Similarly, American Airlines AAdvantage can be used to book many Oneworld partners without surcharges,” he adds. Except on British Airways, of course, where you’ll still get slammed with fees.

11. Buying Miles Instead of Transferring or Pooling

Although frequent-flier programs often run bonuses or discounts on mileage sales, it’s rarely a good deal. That’s because they charge such a premium to buy miles, you would be hard put to get the same value back that you paid when it comes time to redeem them for flights. While you might want to consider doing this if you just need a couple thousand more for a specific, imminent flight, you might have other, better options.

First, if you have transferable credit card points that you can convert to miles with the airline you need, that’s generally the easiest, cheapest, and fastest way to top up your account. You could also consider transferring miles in from the account of a friend or family member, which tends to cost less than buying them outright. Some airlines even let you “pool” points with your family or household members for free. Among the ones that do are JetBlue, Frontier Airlines, Air Canada, and British Airways.

12. Not Using Them for What You Really Want

The key to making the most of your miles is to focus on the kinds of travel experiences you want to use them for, says Howard. “It’s so easy to lose sight of what’s important to you,” he begins. “If using miles and points for business and first-class flights is your priority, that’s great.” On the other hand, he continues, “If using as few miles as possible so you can take more trips, fly economy. If flying non-stop matters, use a few more points to avoid a connection.” Just decide what you really want, and then use your miles for it — don’t get caught up in trying to book the craziest, over-the-top options. Above all, says Howard, “Redeeming miles and points is a choose-your-own-adventure game, and you get to decide what you prioritize.”

Eric Rosen is a Travel + Leisure contributor based in Los Angeles, and the host of the Conscious Traveler podcast. You can find him on Instagram and Twitter. 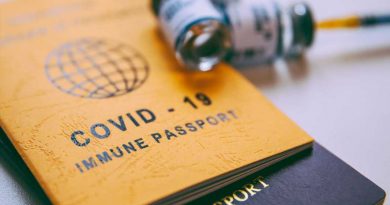 Vaccine passports: What you need to know

Chinese pilot suspended after woman poses in cockpit with drinks

How to save hundreds on airfare with the Alaska Visa companion ticket
We and our partners use cookies on this site to improve our service, perform analytics, personalize advertising, measure advertising performance, and remember website preferences.Ok