Home » Travel » 13 Famous Movie Landmarks You Can See in L.A.

13 Famous Movie Landmarks You Can See in L.A.

Traveling through L.A. can often feel like déjà vu: “Have we been here before? Where do I know this place from? Why does everything look familiar!?” The explanation is actually a lot simpler.

You do know these places because you’ve seen them in classic movies that you’ve watched a million times. And if you know where to look, you’ll see famous locales hidden in plain sight all over the city.

Head up to Pasadena and check out Gamble House, a stunning example of American Craftsman style. More importantly, it also happens to be Doc Brown’s house in Back to the Future. Close your eyes, and you can picture Michael J. Fox wearing an orange windbreaker vest as he runs up to the front door.

If you happen to be hanging out in Burbank after a tour at the Warner Bros. lot, head over to Circus Liquor, which is known for its 32-foot clown sign. More famously, however, it’s the parking lot where Cher Horowitz was mugged in Clueless. “It’s an Alaïa!”

One of L.A.’s most venerated landmarks, the Griffith Park Observatory
sits atop Griffith Park and looks over the entire city. Movie buffs will recognize it from countless films like Rebel Without a Cause
with James Dean, Charlie’s Angels: Full Throttle, and recent (almost) best picture Oscar winner, La La Land.

Sitting at the bottom of Rodeo Drive, the Beverly Wilshire Hotel
is iconic for many reasons–it was built in 1928 and famous guests have included Elvis, John Lennon, and Barack Obama. But it’s mostly known as the setting for Pretty Woman, starring Julia Roberts. Fans of the movie can take things up a notch and book the “Pretty Woman for a Day” experience at the hotel. This over-the-top indulgence includes one of the best suites in the house, a tour of Rodeo Drive, a special romantic dinner, and an uber-exclusive spa experience called “I want the fairy tale”–and so do we, Julia.

A grande dame of L.A.’s Downtown hospitality scene, the Millennium Biltmore
was opened in 1923 and was once the home of the Academy Awards Ceremony. Film geeks will recognize it for the endless movies it’s starred in like Splash, Beverly Hills Cop, Ghostbusters, Cruel Intentions, and many more.

Another behemoth Downtown hotel, the Westin Bonaventure
is actually the biggest in L.A. with more than 1,300 rooms. Its unique cylindrical towers have starred in a bevy of films including In the Line of Fire, True Lies, Interstellar, and Heat.

Driving out to Malibu is something anyone should do on a trip to L.A., and Point Dume
and Zuma Beach give you ample reasons with pristine sand, blue waters, and stunning slopes. Fans of the original Planet of the Apes
might recognize the bluffs from the film’s iconic ending, but the area is also featured prominently in The Big Lebowski
and Iron Man.

The University of Southern California is a private school that’s known for its big-time football team and stunning campus which also houses one of the best film schools in the country. So it shouldn’t come as a surprise that a number of its graduates and wannabe attendees have taken time to film here. You can see multiple campus sites and buildings in classic films such as Legally Blonde, The Social Network, The Graduate, and Forrest Gump.

Built in 1893, this DTLA architectural marvel is like an M.C. Escher painting come to life. With a series of interlocking wrought-iron stairs and caged elevators, the Bradbury Building
is the perfect backdrop for any number of classic Hollywood films. Most recently, it was featured in 500 Days of Summer, but film historians will also remember it in the original Blade Runner, Double Indemnity, and D.O.A.

Stepping through the gallant red door into this dark and brooding Koreatown bar with plush scarlet leather booths, 18th-century portraits, and figurine lamps is like entering a different time period. That will make sense to fans of Chinatown
and the Mad Men,
which were both filmed there. Fans of the Thank You For Smoking
will also recognize it as the bar where the movie’s leads often came to commiserate.

Anyone who has seen postcards of Los Angeles will instantly recognize the Santa Monica Pier
for its iconic Ferris wheel and spiraling rollercoaster. Movie-watchers will also remember it for scenes in The Sting, Forrest Gump, Iron
Man, and Not Another Teen Movie.

Towering over the 20th Century Fox studio lot in Century City is Fox Plaza, a 34-story skyscraper where former president Ronald Reagan once had an office. Savvy screen-watchers will undoubtedly know it by its more famous name–Nakatomi Plaza. Starring in the blockbusting juggernaut Die Hard, the building is shot at, blown apart, and set on fire as Bruce Willis takes down a German terrorist cell.

It’s hard to miss the Lego-like red, green, and blue buildings that make up the Pacific Design Center
in West Hollywood. Because of their fantastical facades, the buildings are perfect fodder for film and television when depicting the future. You can see them displayed in Her, Demolition Man, and HBO’s futuristic drama Westworld. 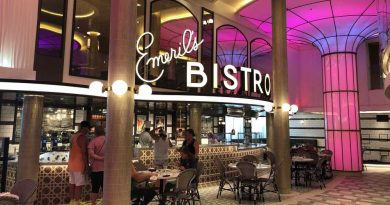 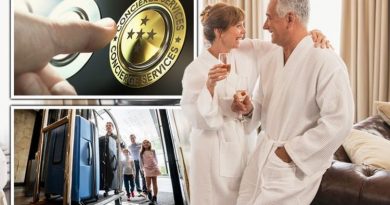 Hotel holidays: Expert shares when you should ‘never’ expect an upgrade & how to get one