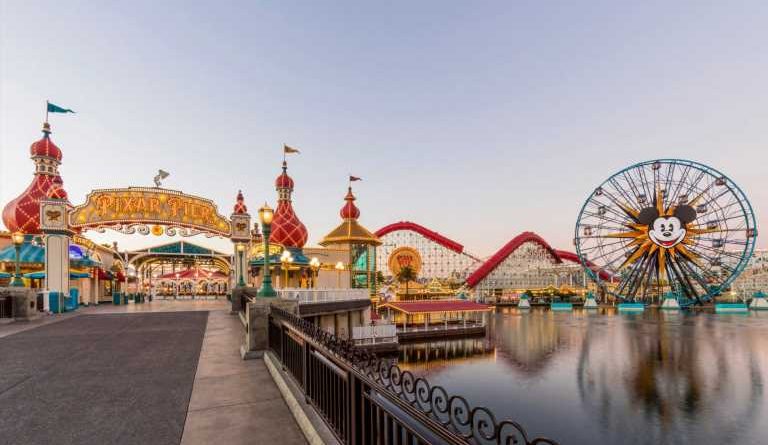 Come “late April,” it may be the best time ever to visit Disneyland. Yes, you heard that right. After being closed due to the coronavirus pandemic since March 2020, Disneyland received conditional approval from the state of California to reopen.

Other in-state California theme parks, such as Universal and Knott’s Berry Farm, can also open as soon as April 1 — as long as the counties the parks are located in first reach the benchmark of red/substantial tier 2 risk status.

On March 9, during Disney’s Annual Meeting of Shareholders call, CEO Bob Chapek said that he’s hopeful that Disneyland will reopen by “late April.” He elaborated that while other theme parks may open on April 1 (as first reported by the Orange County Register), it will take some time for Disneyland to get ready to once again welcome guests.

Of course, even once Disneyland swings open its gates, the experience will be different than it was before. Here’s how.

When Disneyland reopens, enhanced health and safety precautions to prevent the transmission of coronavirus will be employed. It will look very similar to what’s going on at Walt Disney World right now. New protocols will include:

All of these efforts combine to help keep guests and cast members healthy and safe.

Park reservations will be required

If you followed the reopening of Walt Disney World, you know that a park reservation is now required. Disneyland will implement a similar system when it reopens.

All visitors, including Annual Passholders, need to get a reservation for the day they wish to visit the parks. Reservations will be subject to availability based on Disneyland’s capacity limits.

Note that new ticket sales — even for Annual Passports and renewals — are still suspended at this time.

Don’t plan on Fastpass or MaxPass

The first thing to know about Disneyland’s reopening is that it’s put a pause on two popular services that help you maximize your time in the parks: FastPass and MaxPass.

FastPass is a service that traditionally helps visitors save time in line at the most popular attractions. Make a FastPass reservation and join a much shorter line when it’s time to experience the ride. At Disneyland Park, you could get a FastPass for about a dozen wildly popular attractions, including Big Thunder Mountain Railroad, Buzz Lightyear Astro Blasters, Space Mountain and more.

At Disney California Adventure Park, the list included Guardians of the Galaxy, Radiator Springs Racer, Soarin’ Around the World and more.

But, as of reopening day, FastPass service will be paused.

While the temporary departure of these services is disappointing, remember that Disneyland will reduce capacity so you won’t necessarily spend more time in line waiting for attractions — but that remains to be seen once the park reopens.

Cross Magic Morning and Extra Magic Hour off your list

When the parks and Disneyland hotels reopen, Magic Mornings — normally available to Disneyland Resort guests with a three-day or longer ticket — won’t be an option. In the past, Disneyland guests with the right admission tickets gained early admission to Disneyland Park an hour before the general public on Tuesdays, Thursdays and Saturdays.

That 60-minute jump meant being able to visit certain attractions, dining venues and stores before the crowds descended. It was a popular perk for guests with multiway tickets without having to stay on property, but one that will be temporarily curtailed when Disneyland first reopens.

The similar Extra Magic Hour program, designed for guests of the Disneyland Resort Hotels, will also be paused upon Disneyland’s reopening. This perk also allowed resort hotel guests staying any number of nights into Disneyland Park one hour before the general public (on Tuesdays, Thursdays and Saturdays) with the same benefit at Disney California Adventure Park on Mondays, Wednesdays, Fridays and Sundays.

But, if you visit Disneyland upon its reopening, neither Magic Mornings or Extra Magic Hours will be available until further notice.

Parades and nighttime “spectaculars” are on hiatus

To avoid drawing large groups of people together, events like parades and evening shows are temporarily suspended. You also won’t see traditional character meet-and-greets but Disneyland is preparing new ways for its guest to interact with Mickey, Minnie and the rest of the gang in a safer way.

When will Disneyland reopen?

Select stores and restaurants are open now in the Downtown Disney District. Buena Vista Street, inside Disney California Adventure Park, will debut A Touch of Disney on March 18. This is a new ticketed experience and admission must be purchased online, in advance, for a specific date.

The rest of Disney California Adventure Park, Disneyland Park and the on-property hotels remain closed at this time. There is no firm date for Disneyland’s reopening, but we’ll report it as soon as it’s announced.

For context, the county Disneyland is in — Orange County — is currently at “purple” tier 1 status, which indicates widespread risk. However, it could be lowered to the less-restrictive red tier in the coming days. That opens the door for Disney reopening its gates and visitors once again meandering down Main Street, U.S.A.

There are some other conditions for reopening the theme parks, too. At least for now, out-of-state visitors are out of luck. Only California residents will be admitted.

Park capacity will also be limited to 15%, which would mean that late-April may be a wonderful time to visit Disneyland and other California theme parks — especially if you are lucky enough to have already been vaccinated. For context, Walt Disney World has been operating at 35% capacity, according to a recent Disney investor call.

Even with the California visitor restriction, it is very likely that those wishing to visit the “happiest place on earth” will face some stiff competition for park reservations in the early reopening days given the pent-up demand and capacity constraints.

Related: What it was like the day Disney World reopened

Capacity restrictions will also be placed on indoor rides and attractions.

Even with those caveats, this is good news for Californians that are looking for life to begin the path back to normalcy.

This Coastal California Getaway Is the Big Sur You Haven’t Heard of . . . Yet