Anything that’s been abandoned is creepy to begin with, but abandoned Disney parks in particular have an unsettling quality to them that’s hard to shake.

Disney has ditched several projects over the years for various reasons, but often these parks have been left intact to decay naturally over time. The result are eerie remains of what once was part of “the happiest place on Earth.”

Take a look at a few of the parks Disney has abandoned over the years.

Discovery Island in Bay Lake has been abandoned since 1999.

The island could only be accessed from a Disney resort boat or a Walt Disney World Cruise, and was known as a premiere tourist destination from the 1970s to the 1990s.

It was originally called “Treasure Island” when it opened in 1974 as a bird sanctuary.

It was rebranded as “Discovery Island” in 1978, featuring a range of exotic animals, an aviary, flamingo pool, and a beach for tourists.

Reasons it closed included a fear of wild-roaming alligators, alleged mishandling of animals, and deadly bacteria found in the park’s waters.

When it closed, the animals were moved to Disney World’s Animal Kingdom Resort nearby.

The island has not been maintained since.

Visitors are prohibited from exploring the island.

Those caught trespassing could be arrested and banned from Disney World.

Even if visitors were allowed, you probably wouldn’t want to check out the area anyway.

After opening as the first water park at the Walt Disney World Resort in 1976, Disney’s River Country closed in November 2001.

You can check out more photos here.

It was designed to look like a swimming hole, with an artificial mountain featuring water slides.

As Disney’s first water park, it was very popular.

It was very successful when it first opened, but in 1980 a boy died there due to an amoeba that breeds in fresh water that attacked his brain and nervous system.

Disney was absolved for this because the amoeba could have bred anywhere.

Then, two years later, a boy drowned coming off of the Whoop n’ Holler Slide.

Disney was sued by the family, who claimed that there was no warning about how deep the water was. A lifeguard testified that they had to save dozens of kids from that slide daily.

However, the park continued to operate until 9/11, when a country-wide setback in tourism forced Disney to cut opening hours.

River Country then shut its doors for maintenance, but never reopened. Disney announced its permanent closure in 2005, despite it having laid abandoned for three years before that.

Now the park is overgrown and decaying, and the area has a haunting quality to it.

The area is much different than it was when originally advertised in 1976.

One of their advertisements said, “Bring a swimsuit and a smile. You’re likely to wear both out at River Country.”

Now that it’s abandoned, that advertisement sounds much creepier.

Nara Dreamland isn’t a “real” Disney resort, but it was built to resemble one.

It opened in 1961 as a Japanese version of California’s Disneyland, complete with its own Main Street USA and Sleeping Beauty’s castle.

Some of its Disney replicas include Matterhorn mountain, Sleeping Beauty’s Castle, a monorail, and Main Street USA.

It closed in 2006 due to dwindling attendance.

The desolate park has an eerie feel to it without any visitors.

The whole place is left to decay now, and visiting the area is prohibited.

Sign up here to get INSIDER’s favorite stories straight to your inbox. 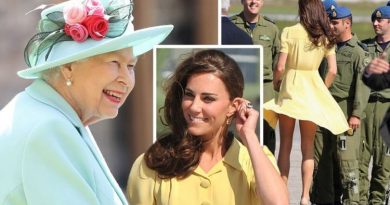