Ten atomic bombs of energy a second, winds of 250mph and diameters of over 1,300 miles: 20 amazing hurricane facts

Hurricanes are one of the most jaw-dropping – and destructive – forces on earth.

They can release mind-boggling amounts of energy and span areas the size of small countries. 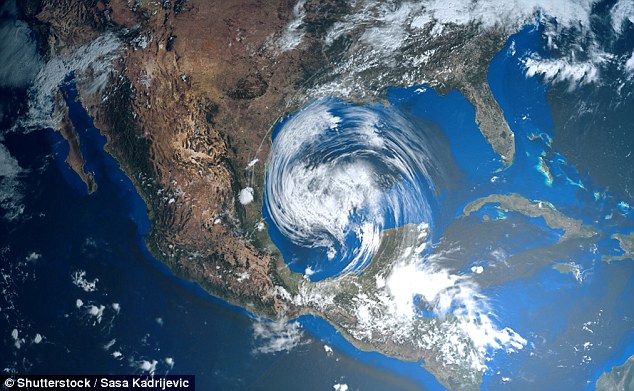 The very centre of a hurricane, also known as the eye, can be as big as 200 miles, or as small as two miles

Due to Coriolis Force, which is produced by the Earth’s rotation, hurricanes rotate in an anti-clockwise direction in the northern hemisphere. In the southern hemisphere, they rotate clockwise.

The very centre of a hurricane, also known as the eye, can be as big as 200 miles, or as small as two miles. In this area, speeds are often very low.

The most hurricanes and tropical storms recorded in a single Atlantic hurricane season was 28, in 2005. 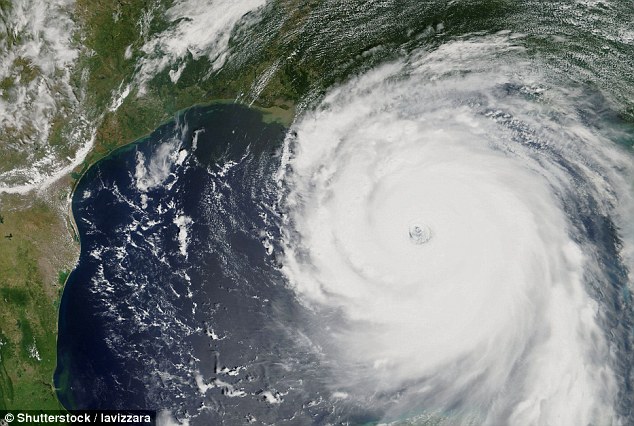 Katrina, pictured, was the most costly hurricane on record, causing an estimated $108 billion in damage in Louisiana and Mississippi 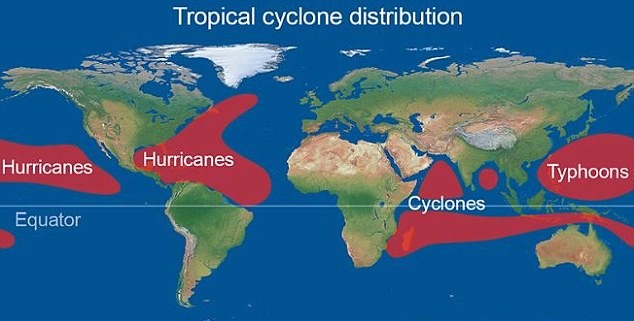 If a hurricane causes utter devastation, the name of the storm will never be used again. Hurricane names that have been retired are Katrina, Harvey, Irma, Maria and Nate.

Katrina (2005) was the most costly hurricane on record causing an estimated $108 billion in damage in Louisiana and Mississippi. It also caused an estimated 1500 deaths.

The most deadly tropical cyclone ever recorded hit Bangladesh in 1970 killing approximately 300,000 people as a result of the storm surge.

Patricia (2015) was a Category 5 hurricane in the eastern North Pacific with one-minute average winds of 215 mph. It was the strongest recorded tropical cyclone in the western hemisphere.

The highest wind speed ever recorded on earth was thanks to Tropical Cyclone Olivia, which smashed into Australia in 1996. It had wind speeds of 253mph.

The strongest near-surface winds ever recorded over the British Isles occurred on February 13, 1989 – a deep depression resulted in gusts of 142mph at Fraserburgh.

A mature hurricane can generate wind energy equivalent to about half the world-wide electrical generating capacity.

Another analogy for the amount of power they generate is that they can release the equivalent of 10 atomic bombs per second. 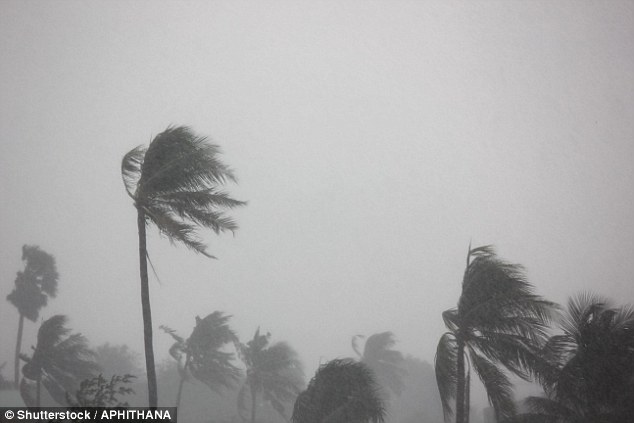 The most deadly tropical cyclone ever recorded hit Bangladesh in 1970 killing approximately 300,000 people as a result of the storm surge

There is a hurricane spinning on Jupiter that’s bigger than the earth itself.

The country where you’re most likely to experience a hurricane is China – it’s been hit by more of them than any other country. The Philippines ranks second for hurricane strikes, Japan third, Mexico fourth and the U.S fifth

The most powerful hurricanes can reach heights of 40 to 50,000ft.

Forty per cent of the hurricanes that make landfall in America do so in Florida.

The storm that covered the greatest distance was John in the East Pacific basin in 1994. It blew along for 7,165 miles.

The 10 costliest hurricanes in U.S. history have all occurred since 1992.

Hurricane Harvey (2017) was the wettest hurricane to hit the USA with an observing station in Texas recording over 64in (1640 mm) rain.