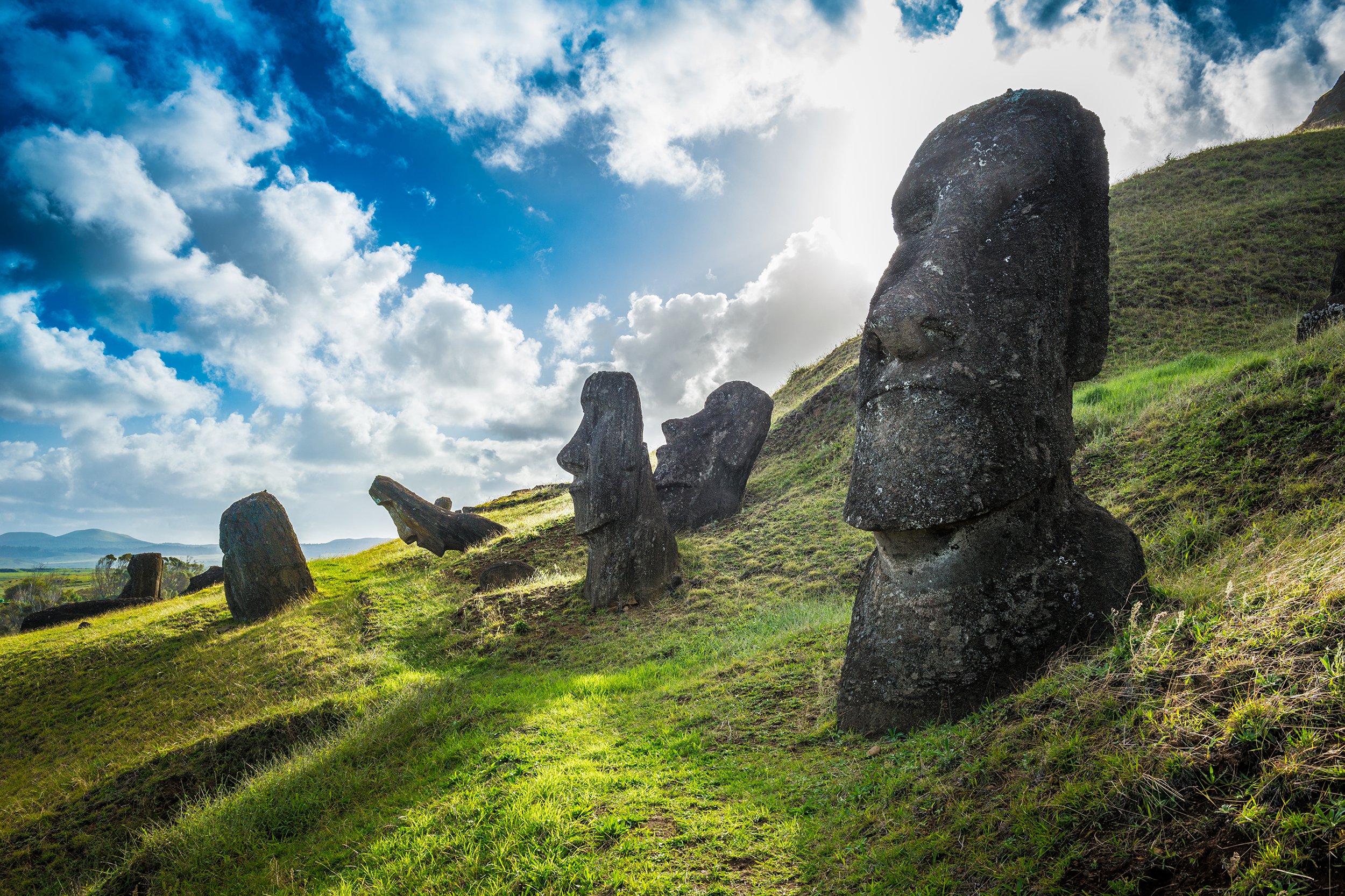 Cruise of a Lifetime

There’s way more to cruising than the Caribbean, crowded buffets, fruity drinks, and over-the-top onboard amenities. Today’s cruise companies have an itinerary for everyone — even, perhaps, the most jaded cruise skeptics among us — and in every corner of the globe. Whether you want to relax on a yacht in the Mediterranean, visit penguins in Antarctica, or explore ancient tombs along the Nile, they have you covered. Here’s a small sampling of cruises that are truly bucket-list material.

Christmas on the Danube

A cruise along the Danube through Germany, Austria, and Hungary sounds magical enough, but this elegant cruise allows you to explore the region during the holidays, enjoying the Christmas markets, snowy cobblestone streets, twinkling lights, and perhaps even attending a Mass in one of the historic churches along the way. Notable ports include Nuremberg, Germany; Salzburg and Vienna, Austria; and Budapest, Hungary. On-board amenities include a spa and fitness center.

This leisurely two-week cruise through French Polynesia allows you to explore three remote, pristine island chains: the Marquesas, Tuamotus, and Society Islands. One of the highlights is a day on Motu Mahana, Paul Gauguin’s own private island, where you can enjoy the white-sand beaches and a drink served in a coconut from the floating lagoon bar. Feeling more active? There are endless opportunities for snorkeling, kayaking, paddleboarding, hiking, and diving – especially because the ship has an onboard marina.

Who says you need to cruise somewhere warm? For a real taste of adventure, explore the frigid Arctic on this Abercrombie & Kent expedition that visits the remote Svalbard Islands, Greenland, and Iceland. Spy polar bears, walruses, whales, seals, and sea birds; enjoy expert lectures on wildlife and other aspects of the region; visit tiny, remote local villages; and more. You’ll be accompanied by a fleet of experts, including a historian, geologist, marine biologist, field naturalists, and even a photography coach.

Traverse the Mediterranean Sea, Red Sea, Persian Gulf, Arabian Sea, Bay of Bengal, Java Sea and more on this ambitious cruise spanning 11 weeks and more than 40 ports from Barcelona, Spain, to Auckland, New Zealand. Along the way, the possibilities are almost endless: You can see King Tut’s tomb in Egypt, explore ultra-modern architecture in Dubai, visit spice farms in India, meditate at temples in Bali, and spy koalas in Australia. On board, enjoy a full spa and fitness center, jogging track and sports area, pool deck, casino, theater, and several options for dining and toasting another packed day of exploration.

Don’t like the cattle-call feel of a large cruise? Hop aboard a luxury yacht for a tour of the dazzling Galapagos, and you’ll really get to know fellow passengers — the limit is just 18 guests. During twice-daily shore excursions, you’ll enjoy in-depth naturalist-led walks and see rare animals like giant tortoises, land iguanas, and blue-footed boobies. You can also swim, kayak, snorkel, or even enjoy an astronomy lecture on a crystal-clear night in the Pacific. On board, kick back at the open-air bar, enjoy the jacuzzi, work out in the small gym, and dig in to meals served al fresco on the top deck.

Love the links? Then this two-week yacht voyage off the coasts of Scotland and Ireland is the bucket-list cruise for you. You’ll have the chance to play nearly a dozen storied golf courses, including some of the top-ranked in the world, like The Old Course at St. Andrews, Royal County Down, Royal Dornoch, Royal Portrush and Carnoustie. The itinerary also allows for visits to castles and other points of interest like Northern Ireland’s remarkable Giant’s Causeway, plus tours of Edinburgh, Belfast, and Dublin. The Sea Cloud II, reminiscent of an old tall ship, is appointed with marble bathrooms and an elegant dining room that turns out gourmet meals night after night.

A Taste of the Peruvian Amazon

See one of the world’s mightiest rivers in style aboard the Delfin I, which gives new meaning to the word intimate: It hosts just four large suites, all with their own huge terraces, and two even have their own whirlpools. Activities along the way include trekking through the jungle, swimming with river dolphins, kayaking, and visiting Amazonian villages. On board, you’ll enjoy Peruvian cuisine in the dining room and unparalleled views from the top-deck bar and lounge.

Around the World in Style

This might be the bucket-list cruise to end all bucket-list cruises: A five-month journey beginning in Florida and ending in New York City that circumnavigates the globe, stopping at a whopping 54 ports in 34 countries along the way. Highlights include exploring isolated Easter Island and its mysterious Moai statues, flying in a helicopter over Bora Bora, taking cooking lessons in Tokyo, exploring Jordan’s ancient city of Petra, and discovering the romantic canals of Venice. The ship also boasts a spa, casino, theater, and several restaurants for those long days at sea.

Norway may be better known for its fjords, but Chile’s are just as breathtaking. Explore a long stretch of South America’s Pacific coast on this lengthy cruise, stopping to spy glaciers, sea lions, and penguins; the colorful alleys of Valparaiso; and even the perfect cone of Osorno volcano. After disembarking, you’ll get two big bonuses: A trip to the magnificent Iguazú Falls and a three-night stay on the beach in Rio de Janeiro.

Japan may not be the first destination to spring to mind for cruisers, but the Land of the Rising Sun has much to offer on this packed itinerary. You’ll get to explore zen gardens and temples in Kyoto, reflect at Hiroshima’s Peace Memorial, and even take a side trip to Gyeongju, South Korea, to see eye-popping tombs, pagodas, palace ruins, and more. An expert on Asian art, culture, and history accompanies cruisers; on board, there are lectures, cultural performances, a sun deck and pool, a salon and spa, and more.

Trade that luxury ship for a rugged six-cabin tug boat on this small-group trip of a lifetime that gives new meaning to the term “Alaskan cruise.” Get up close and personal with whales, sea lions, brown bears, and other wildlife, trek through the Alaskan rainforest, explore a glacier, raft along the coast, spy waterfalls, and much more. Pepper an onboard expert from the Royal Canadian Geographic Society with all your questions and relax in the hot tub after a long day of exploration.

This off-the-beaten-path itinerary guides cruisers from bustling Taipei down along the western coast of the Philippines to remote reaches of Malaysian Borneo and central Indonesia. Along the way are uncrowded beaches, pristine waters, temples and shrines, exotic wildlife, and an urban stopover in Manila. Included in your fare are ATV tours, guided hikes and tree canopy walks, snorkeling and kayaking, cave explorations, and more. Onboard, indulge in an omakase dinner from celebrity chef Nobu Matsuhisa, relax in the two-story solarium, let loose at the casino, or enjoy some pampering at the spa, salon, and sauna.

National Geographic and the Nile

While this tour only includes four nights cruising, the extra time gives travelers more opportunity to see some of Egypt’s most stunning attractions, including the pyramids at Giza, the Valley of the Kings, and the massive temples of Abu Simbel. Cruise stops include Luxor temple and the unfinished obelisk of Aswan. The intimate Sanctuary Sun Boat III has a stunning oasis-like rooftop pool that takes its cues from the surrounding landscape, and a National Geographic expert will be along for the ride.

Jewels of the Baltic and Viking Passage

Cruise for a month with Holland America for a highlight reel of the Baltic Sea and the North Atlantic, with stops in Estonia, Russia, Finland, Sweden, Germany, Denmark, Norway, Iceland, Greenland, and Canada. You’ll see breathtaking fjords, cosmopolitan cities, remote fishing villages, and more, with the chance to view Iceland’s geothermal wonders, go on a pub crawl in Copenhagen, visit St. Petersburg’s breathtaking Hermitage, and cruise among icebergs in Greenland. Spend at-sea days at the blues club or rocking out with Billboard Onboard, kicking back at the casino, or relaxing at the spa.

Cruises and wine are a match made in heaven, but a cruise designed around wine? Even better. Oenophiles will savor this relaxing yacht journey from Rome to Nice with the chance to savor complimentary wine tastings; enjoy a special Winemaker’s Dinner with specially paired food and wine; and explore wineries and vineyards while ashore. The intimate ship includes a pool, spa, bars and lounges, and several places to simply kick back and enjoy the view.

If your bucket-list cruise doesn’t involve sipping umbrella drinks but could easily include zipping between glaciers in a kayak or visiting massive penguin colonies, this National Geographic expedition cruise could be for you. Highlights include sailing through the remote Drake Passage, exploring the Antarctic coast on a rugged inflatable Zodiac boat, hiking and wildlife spotting on South Georgia Island, and visiting an albatross colony on the Falkland Islands. The surprisingly elegant ship boasts a spa, sauna, gym, and yoga studio; infinity-style hot tubs; lounge and bar; and expansive observation deck.

This ambitious cruise includes visits to some of the world’s most intriguing attractions, including the spectacular temples of Luxor, Egypt, and the Greek and Roman ruins of Ephesus, Turkey. Other highlights include stops in Mumbai, Cairo, and Jerusalem, and scenic cruising along the Omani coast and through the Suez Canal and the Bay of Bengal. The well-reviewed Viking Sun “feels like a floating boutique hotel,” according to Cruise Critic, and includes a top-notch theater, plenty of enrichment activities, a range of bars and lounges, and a show-stopping infinity pool that seems to hang off the back of the ship.

Most Caribbean cruises just scratch the surface, but this two-month voyage gives passengers a truly in-depth look at the region. Explore the Dominican Republic, Puerto Rico, the Lesser Antilles, Aruba and the ABC islands, the Florida Keys, Guatemala, Belize, Mexico, and the azure seas in between. Enjoy colorful colonial architecture, white-sand beaches, big-city fun in Miami, hikes to ancient Mayan ruins, snorkeling, deep-sea fishing, and much more. Of course, the ship offers its own diversions including a casino, culinary center, full spa and salon, plenty of fitness activities, and even a putting green.

Gondolas and the Grand Prix

The dazzling coasts of Italy, Croatia, France, and Montenegro, beckon, but this is more than your typical Mediterranean yacht cruise — you’ll get a prime view of the 2020 Monaco Grand Prix in Monte Carlo, plus the chance to see Saturday qualifying as well. Other highlights include a stop in medieval Dubrovnik, Croatia, the chance to explore Sicily’s Mount Etna, and an overview of Rome’s many historic treasures. Aboard the 310-passenger ship, there’s a watersports platform, plenty of spaces for dining and lounging, and even an open bridge where you can pepper the crew with questions.

Routes of the Great Explorers Cruise

Get an in-depth look at sub-Saharan Africa during this ambitious cruise that takes passengers from Florida to Singapore, sailing all the way down and around the Cape of Good Hope. Along the way, take a canopy walk in the Ghanaian forest, speed through the Namib Desert in an ATV, explore cosmopolitan Cape Town, and visit a spice plantation in Zanzibar. Stops elsewhere include Colombia, the Seychelles, Sri Lanka, and Thailand. Along the way, enjoy the casino, nightclub, spa and salon, putting green, fitness center, and observation bar with floor-to-ceiling sea views.

Holiday blues: how to stave off end-of-summer dread

When will international flights resume in Australia?