Home » Travel » 30 incredible photos of big cities seen from above 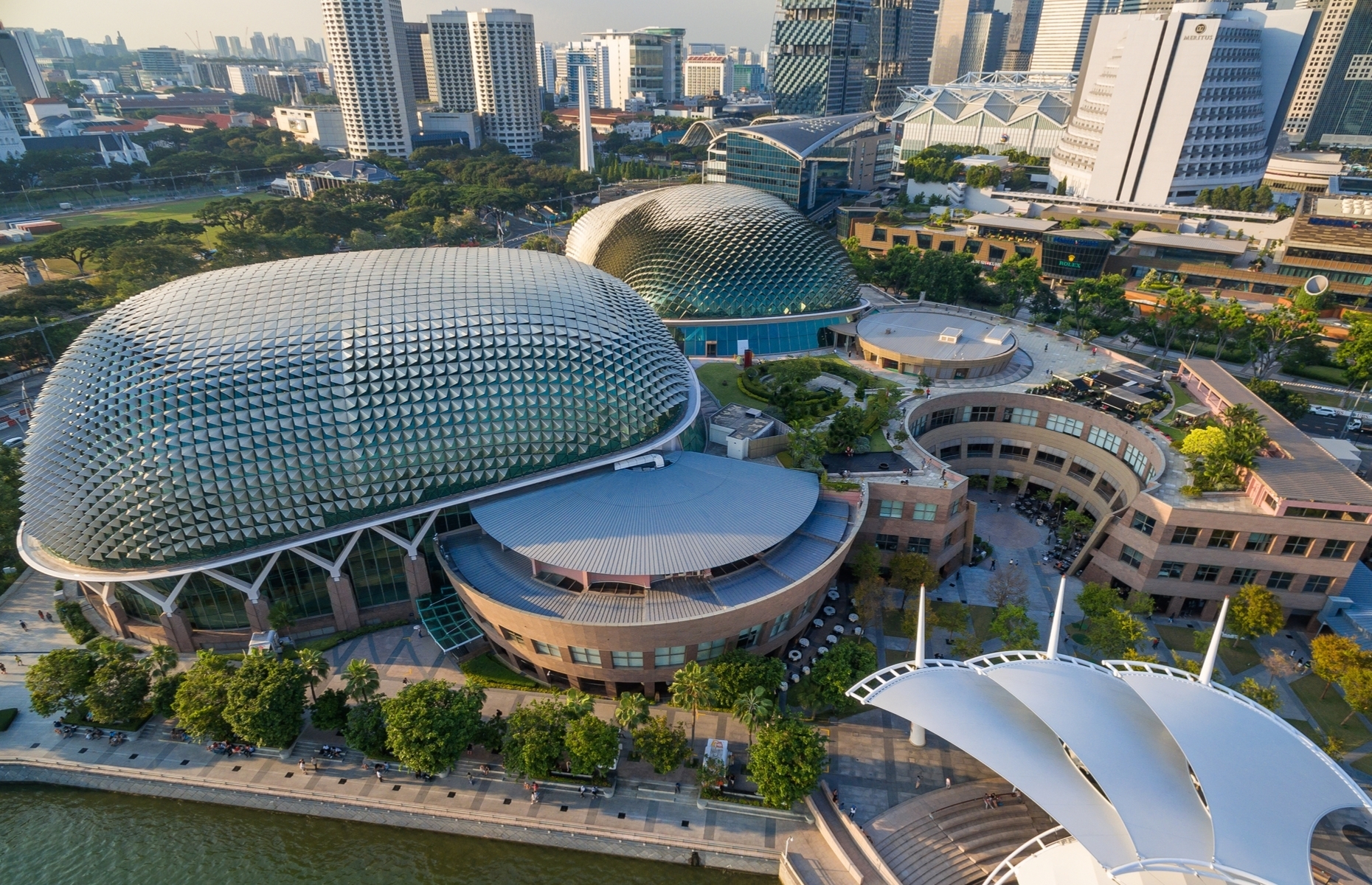 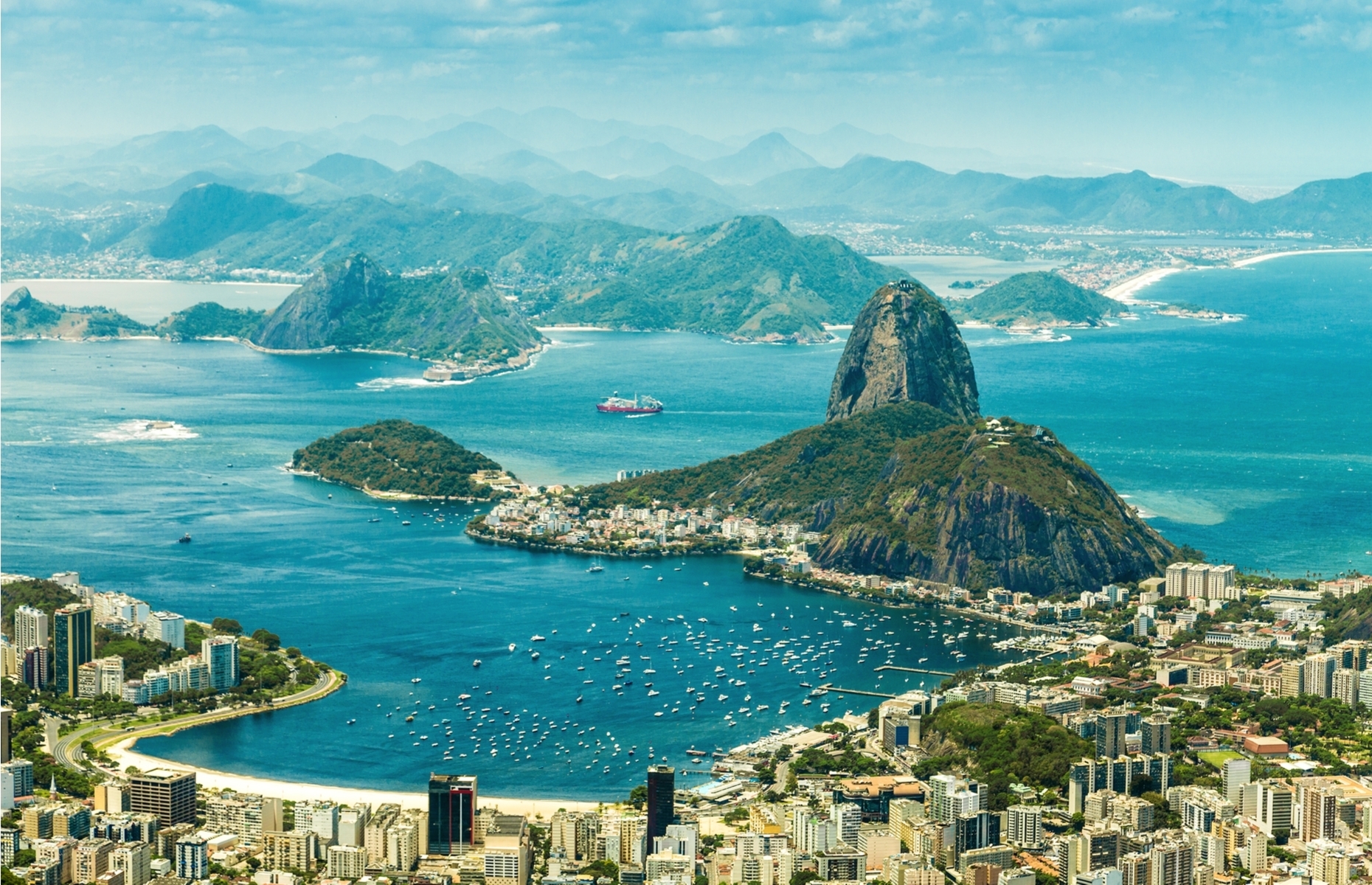 There are some incredible cities across the world—from historical centres to modern metropolises, via cultural hubs and stunningly scenic skylines. But sometimes the only way to truly enjoy what these cities have to offer is to get above the hustle and bustle to experience their beauty from the air…

India’s largest urban population has more than 22 million inhabitants, making it the world’s fourth-biggest metropolis. However, the soaring population has brought with it plenty of problems. Mumbai is surrounded by water on three sides, which means that overcrowding has become a very real, and very dangerous issue for its inhabitants.

Hungary’s historic capital city is one of the jewels in the European crown. In addition to its stunning skyline, which is punctuated by UNESCO heritage sites, the city is also home to several hot springs, which has helped to land it the nickname “City of Baths.”

Spain’s most famous city is also one of its most cosmopolitan. A glistening jewel on the Mediterranean, it is home to some truly remarkable architecture—most notably some of Antoni Gaudi’s masterpieces, including the infamous La Sagrada Familia, a church that has been under construction since 1892 and is not expected to be finished until at least 2030.

The Estonian capital boasts a wealth of medieval history which sits side-by-side with its modern-day architecture. The urban centre is also a breath of fresh air in comparison to the world’s other great cities—literally: in fact, the World Health Organization said that it has the cleanest air quality in the world!

Known as the “City of Light” and a mecca for romantics across the globe, Paris can trace its history back to 250 BC when it was settled by a Gallic tribe. Since then, it has become one of the world’s most recognizable locations with iconic buildings including the Eiffel Tower, the Louvre and the Arc de Triomphe.

Renowned for the Red Square, the Kremlin and St. Basil’s Cathedral, Russia’s capital is also the largest city on the European continent. It’s also one of the richest, at least in terms of billionaires, of which there are apparently 84 who call Moscow home.

Russia’s second-largest city, St. Petersburg, is also its cultural capital and boasts hundreds of museums, theatres, and galleries that are dedicated to promoting the arts.

With its 25 million inhabitants, India’s capital is the world’s second-most-populous city after Tokyo. And while overcrowding has become a very real problem for Delhi, it still does everything it can to maintain the environment, including protecting its forests, which cover more than 20 per cent of the area’s total landmass.

With a colourful history both past and present, Istanbul has always been a city defined by its location on the border between Europe and Asia. With more than 14 million inhabitants, it’s one of the world’s most populated cities, as well as the economic, cultural, and societal heartland of modern-day Turkey.

A city of seven million people nestled on the South China Sea Coast, Hong Kong has a history almost as diverse as its culture. The 1,100 square kilometres (426 square miles) that the city now stands on was originally ceded to Great Britain after the First Opium War in 1842, and remained in British hands until it became a Special Administrative Region of the People’s Republic of China in 1997.

Georgia’s ancient capital city can trace its ancestry all the way back to the mid-5th century AD. The legend says that it was formed after the then-monarch, King Vakhtang I Gorgasali, was hunting and discovered the nearby thermal springs after the pheasant he caught dropped to the ground near them.

The so-called “City of Tomorrow” is South Korea’s second-largest urban centre, and is located on the southeastern coast of the Asian country. The city of 3.6 million people was left largely untouched by the ravages of war with the North in the 1950s and actually became the country’s de facto capital until the conflict ended.

Malaysia’s capital is a kaleidoscope of gleaming skyscrapers, colonial architecture and stunning natural scenery. The city is also home to the 452-metre (1,483-foot) Petronas Towers, which were the tallest buildings on the planet until 2004.

A hodgepodge of modern and traditional Chinese influences, Shanghai (which literally means “On the Sea”) is China’s industrial engine room and the country’s biggest seaport. Stretching across an area of 6,340 square kilometres (2,448 square miles), it is also home to a staggering 22 million people.

The glistening city in the desert is home to the world’s tallest building, the Burj Khalifa, which stands at more than 828 metres (2,716 feet) tall. It’s also known for its wealth and opulence: even the police are minted, and lay claim to a fleet of squad cars that includes Lamborghinis, Ferraris and Bentleys.

This medieval metropolis, known as “The City of a Hundred Spires,” has a long and checkered history that can be traced back more than a millennium. It is the birthplace of the humble Pilsner, but the Czech city’s biggest claim to fame, however, is the fact that they drink more beer per resident than anywhere else in the world. Cheers!

The Ukrainian capital is one of Central Europe’s most picturesque cities. Founded more than 1,500 years ago, Kiev (or Kyiv as the locals know it) is situated on the banks of the Dnieper River and more than one half of its territory is occupied by parks and gardens.

Sometimes known as “The Phoenix City” after it was all but entirely destroyed during WWII, Warsaw is a city on the rise and one of the most exciting urban centres in all of Europe. Its beautiful Old Town, a UNESCO World Heritage site, was entirely rebuilt following the war and remains one of the city’s biggest attractions.

Not even an earthquake could slow the momentum of a city that has been leaving its mark on North America since the 1840s. Originally founded as a Spanish mission, it was all but levelled in 1906 before the gold rush, counterculture and Silicon Valley helped to elevate it to its status as one of America’s most recognizable locales.

This stunning city is actually a country all of its own. A former British colony, it has evolved into a thriving financial hub manned by a cultural melting pot of locals and immigrants—in fact, the latter, by 2030, will account for more than 50 per cent of the total population.

The stunning city located on Florida’s south coast is one of the world’s most recognizable metropolises, a skyline that has formed the backdrop for countless movies, TV shows and music videos over the years. But did you know that it was actually the only major U.S. city that was founded by a woman? That’s thanks to local businesswoman Julia Tuttle, who encouraged a railroad mogul to expand into the area in the late 1800s.

There are many reasons to visit this stunning Canadian city, but chief amongst them is poutine, the delicious concoction of fries, cheese curds and gravy that was originally cooked up here in the 1950s. Yum!

A stunning city packed to the brim with amazing architecture, history, and cultural delights, Berlin is truly one of the world’s greatest urban centres. It’s perhaps no wonder, then, that it is also currently home to the fastest-growing property market in the world with prices increasing by a whopping 20.5 per cent year-on-year.

Home to Big Ben, Buckingham Palace and St. Paul’s Cathedral, Britain’s capital needs no introduction. As well as being the country’s historical centre, it is also its economic capital and contributes a staggering 30 per cent of Great Britain’s entire GDP each year.

Home of the 2016 Summer Olympics, Rio is renowned across the globe for its party atmosphere and stunning natural setting. In addition to the annual carnival and its golden beaches, however, Rio is perhaps most famous for the Christ the Redeemer statue, which overlooks the city skyline. The 38-metre-high (125-foot-high) statue took nine years to build between 1922 and 1931 and cost more than $3.2 million to construct.

Located in the heart of beautiful British Columbia, Vancouver boasts some stunning natural scenery alongside its modern skyline. Framed by mountains and beautiful blue waters, there’s a chance that you’re more familiar with it than you might think, given that it provides the backdrop for a whole slew of hit Hollywood productions ranging from The X-Files to Deadpool.

So good they named it twice, New York is probably one of the most recognizable places on the planet. Originally founded in 1624, it’s beloved by visitors who flock to the iconic streets and skyline by the millions every year to see all of the sights and sounds that the city has to offer.

It wasn’t built in a day, not even close. In fact, Rome can trace its history back to ancient times, and as early as 753 BC. In the centuries since, it has undergone quite a transformation and has become the home of iconic landmarks such as the Coliseum, the 50,000-capacity gladiatorial arena that was built at the centre of the city during the peak of the empire.

Located on the banks of Lake Michigan, Chicago is known as “The Windy City” thanks to the cold gusts that rush in from the nearby water. Amazingly, however, Chicago is only the 12th-windiest city in the U.S., leading many to claim that its iconic moniker comes instead from the hot air that has been spouted by its politicians over the decades.