With the tight quarters, stuffy air and close proximity to strangers, flying generally does not have a soothing effect on passengers.

Add a storm to the mix – whether it be snow, rain or lightning – and travel anxiety only gets worse.

But when it comes to some of your flying fears, there’s a good chance they may be unwarranted.

Here are six myths about flying that, once debunked, should help you feel better about flying in less-than-ideal weather.

Although weather-related flight cancellations are fairly common in major storm events, it has more to do with the airport than the actual airplane.

“Usually your flight can’t operate because the airport shut itself down, or the airline decided to ground a large number of flights for operational reasons,” John Nance, veteran airline captain, told National Geographic.

Most airplanes, however, are certified to operate in “extreme conditions,” added Boeing spokesman John Dern.

Myth: Summer has fewer delays due to weather than winter.

Contrary to what you might think, summer is generally slightly worse than winter in terms of weather-related flight delays, according to data from the Bureau of Labor Statistics.

John Cox, a retired airline captain with US Airways, wrote in an article for USA Today that every season has its own unique challenges. According to Cox, the most challenging time of year to fly a plane is actually mid-March to mid-April due to high wind conditions, thunderstorms, and occasional blizzards.

Myth: When lightning strikes a plane it can cause serious damage.

Seeing lightning from an airplane can be quite terrifying. Yet, experts say there’s no reason to be concerned about lightning when you’re in a plane.

John Hansman, a professor of aeronautics and astronautics and director of the International Center for Air Transportation at MIT, told TIME magazine that commercial airplanes are actually built to handle lightning strikes.

In fact, the last time a US commercial plane crash was caused by lightning occurred in 1967. Since then, aircrafts have been more extensively tested and made significantly more lightning-proof, according to Scientific American.

When the seatbelt sign turns on mid-flight and the pilot announces you’re headed for a bumpy patch, it may catch you off guard. And odds are, you’re not the only one who was not expecting it.

Predicting turbulence, even from a pilot’s perspective, is not always an easy task.

Since turbulence is hyper-localized, it makes it more difficult to detect than say a thunderstorm, according to Helix, a magazine from the Northwestern University Research Center.

Although the NOAA Aviation Weather Center offers turbulence predictions, it is not always possible to pinpoint every pocket of air and wind that can cause turbulence in a certain location.

Myth: Rain is no problem.

When it comes to cold temperatures during the winter especially, the idea that rain is no big deal can be far off the mark.

Freezing rain is one of the biggest concerns for pilots as it can add weight to an airplane and alter the aerodynamics of its wings, according to Vaughn University.

If your flight is delayed on the tarmac during a rainstorm in the winter, it’s most likely because crews are working to de-ice your plane to ensure a smooth takeoff.

Myth: Turbulence is only caused by storms.

Turbulence is a difficult concept to grasp because it encompasses so many different variations. For instance, there are four levels of turbulence – light, moderate, severe, and extreme. And, there are four main causes – mechanical, thermal, frontal and wind shear, according to the National Weather Service.

Read more: Why you should expect more turbulence next time you fly

Although turbulence is most associated with differing air temperature pockets and changes in wind speed and direction, terrain can play a large factor as well. For instance, the way air travels up, down, and around mountain ridges can sometimes cause severe turbulence for a plane traveling over a mountain range, according to the National Weather Service.

The category of extreme turbulence is primarily comprised of an airplane riding into the core of a thunderstorm, which pilots avoid at all costs.

Hook & Cook opens at the Pointe in Dubai 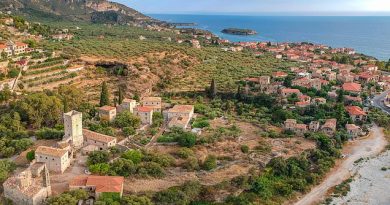