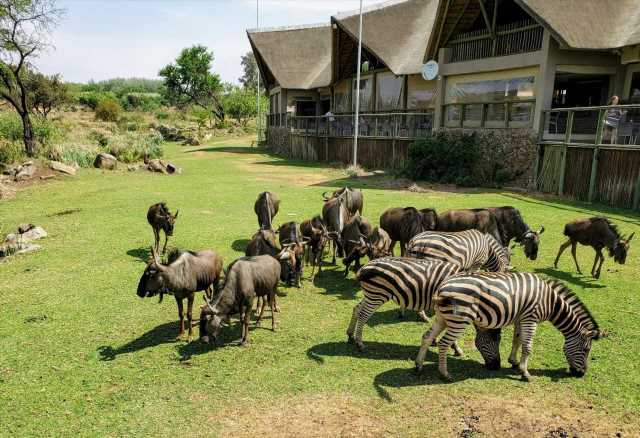 When you search for airfare from your home airport to your destination airport, you’re getting an inflated price. Google just shows you whatever predetermined fares the airlines have decided it costs to get you there, along with connections that are often either rushed and hectic or long and boring in places you’re not interested in going.

Last week I wrote about why I book one-way flights almost exclusively. One great reason is to build fun stopovers into your route. It can give you the opportunity to turn one vacation into many — while saving several hundred dollars in airfare! There’s a science to it.

I’ll show you the tools that’ll make it easy for you to sniff out a cheap route to your destination while adding exciting stopovers.

What is a stopover?

When most people plan for a trip, they’re only focused on point A and point B. Stopovers happen in between. Here are some helpful definitions, according to USA Today, of what happens to you on the way to your vacation:

Stopovers can either be really, really inconvenient (spending an extended period of time wandering the airport corridors), or very enriching (leaving the airport for some tourism in a city other than your destination). The latter is what this post is about.

When you build a stopover into your travels, you can make them for as long as you want (months, even!). It’s a fun way to turn a boring commute into a hopscotch of bucket-list items — and if you know the strategy, you can do it while paying far less for airfare than had you gone straight to your final destination!

As our example, I’ll search from my home airport of Cincinnati to Malta. The lowest price I can find is in early October for $952 round-trip. As you can see from the below screenshot, that’s quite low — Google even claims the price is $1,240 cheaper than usual (that seems a bit steep). No matter, we can handily beat this price, and throw in three or more fun stopovers while we’re at it.

Google Flights has this really cool map search function that allows you to enter an origin airport but not a destination. If you don’t know how to use it, read our post on how to use Google Flights to find cheap airfare. Just as a refresher, here’s how it works:

With this tool, you can basically mine cheap routes from any city. Once you figure out the notably inexpensive routes, you’ll just have to play with dates to find the best prices.

Note: Your actual dates will almost certainly be more expensive than what you find here by using the “Trip in the next 6 months” feature. I’ll explain that later.

Note that this entire post will be a series of one-way searches.

Enter your home airport to see cheap routes from your starting point. My home airport is Cincinnati. I simply leave the destination blank, search with flexible dates, and then slide that price filter as low as it will go to search flights costing $50 and under.

I’ve highlighted hub airports I wouldn’t mind having as a stopover: New York, Miami, San Francisco, and Washington, DC. I’ll keep these four airports in mind as I’ll need them in step 3.

I’m repeating step 1 except I’m searching from my destination (Malta) instead of my home airport. I’m looking to see which cities offer cheap service to Malta. There are plenty — most of Europe is super cheap once you get to the continent. I’ve again noted some fun options that I’d enjoy as a stopover, like Edinburgh, Vienna, Porto, and Rome.

Another fun feature of Google Flights is that you can search up to five origin airports at once. I’ll now enter my choice stopover destinations from step 1 (Miami, New York, Chicago) into Google Flights, but again keep the destination blank. I’ll then swing the map over to Europe to see any potential cheap transatlantic routes. I put the price filter at $300 or under, as that’s all I’m willing to pay.

This instantly gives me hundreds of permutations between all airports in Europe. Now all I have to do is cross-reference the cheapest European airports with the airports that fly to Malta, and then choose the one I want to visit the most.

As you can see, the cheapest flight to Europe is to Porto, Portugal. Clicking on the city reveals that the flight originates in Newark. For $167, I’ll gladly make a stop in Portugal, the magical land of castles, wine, and cobblestone streets.

Step 4. Enter your route into the Google Flights multi-city tool

The above steps have led me to the following itinerary:

I know it’s possible to score a deal on all these routes. I’ll pull up Google Flights again, and input these airports into the multi-city tool. Dates don’t matter yet.

Step 5. Check the dates for each leg separately

The next step is to check all three legs separately to find a cheap date for each. This may be the most time-intensive portion of your research, though I don’t find it to be a burden (it’s actually fun). Just open a separate tab and pull up Google Flights to do your pricing.

My first leg is Cincinnati to New York. I’ve highlighted the cheapest dates in yellow. After I find the cheap fare I want, I’ll look at the flights from New York to Portugal and Portugal to Malta. I’ll tinker with the dates until the prices are low and the time spent at each stopover is to my liking.

Step 6. Plug the cheap dates into your multi-city itinerary

Once you find your dates, head back over to your tab with the multi-city search, and begin plugging in your dates. From Cincinnati to New York, I chose October 4. It’s the cheapest date at $69 one-way.

Step 8. Use the same process to get home

You can use this exact same strategy for your return flight as well — though it would be understandable if you tried to find the most direct route home after all that traveling. After spending a few days in Malta, I built-in a four-day stopover in Paris, which set me up for a super cheap transatlantic flight back to New York. I tried to keep that connection as small as possible, as I’d already had a stopover in New York on my outbound journey. New York was just a necessary evil to cross the ocean for cheap.

Total cost for a round-trip?

The total cost of this ticket is $629 (plus potential bag fees, depending on the airline). That’s $323 cheaper than that fare to Malta we looked at earlier — a 34% savings! And if you’re traveling with a friend or family member, you’d collectively save nearly $650. Plus, you get free visits to:

For the same price, I could have strategically tossed in a few more destinations like Las Vegas, Italy, Lanzarote, and London. That’s even further removed from reality for the average traveler, though. Trying to keep it at least feasible over here.

Beware of booking flights too close together

Yes, booking your own routes can save several hundred dollars over allowing the airline to work it out for you. But you’re destined to spend a lot of money at your stopover cities.

If you’re purely trying to save money on the way to your destination, you’ll have to schedule each leg closely together. Just remember, you’ll have to re-check your bags and go back through airport security for each flight.

The biggest caveat here is that if one flight is delayed for some reason, you could miss a series of future flights. Be sure to use a credit card with travel insurance to buy your flights in case of trip delays or cancellations.

Search by city, not by airport

Google Flights allows you to enter city names instead of just airports. By entering the city, you’ll find discounts you otherwise wouldn’t have if you’d just typed in the airport code. For example, instead of typing in CDG for flights to Paris, you can just type “Paris,” and Google Flights will search for routes that include other airports that serve the Paris area:

Some of these airports specialize in low-cost carriers, so you’ll often see lower fares that don’t fly to Charles de Gaulle, the main airport serving Paris.

The same goes for any city served by multiple airports. Type New York instead of JFK, San Francisco instead of SFO, London instead of LHR, etc.

Use miles and points for the outbound or return

For example, a flight from Malta to Cincinnati costs 30,000 American Airlines miles and $111 in taxes and fees. Yeah, that means you’ll only save $258 over the return itinerary we pieced together — and you won’t get a stopover in Paris — but it’s effortless, and there’s nothing to think about. American will carry your travel-weary cadaver all the way back to your bed at home.

How to avoid the worst low-cost airlines

Some of these fares are ridiculously cheap. Like, fly across Europe for $12 cheap. The problem is that these airlines often nickel-and-dime you — sometimes it feels like they go out of their way to make your trip miserable, whether it’s charging to use the bathroom, lambasting you with advertisements, or meticulously designing seats for optimum discomfort. (Jokes!)

If flying Ryanair is out of the question for you, you can narrow your search by clicking the “Airlines” tab at the top of your Google Flights search map and checking all the alliances. Most low-cost carriers aren’t part of an alliance.

Skyscanner is a good supplementary tool

Similar to Google Flights, Skyscanner allows you to search for flights to anywhere, as well. It’s a little more functional than Google’s tool, in a couple of ways:

This can be a good tool for finding the long legs of your journey. If you enter the U.S. as the origin and Europe as the destination, and then select the “Cheapest month,” it’ll give you a very digestible list of European destinations, sorted by price. Click on the destination to see the specific route.

You can easily save hundreds of dollars by locating a series of cheap one-way flights to reach your destination — and swing by a few other enchanting locations while you’re at it. Be sure to book your flights with a travel credit card like the Chase Sapphire Preferred® Card, which covers you in case your flights are canceled or delayed.

Let me know if you’ve got a better way to build stopovers into your travels! And subscribe to our newsletter for more travel tips and money-saving tricks like this delivered to your inbox once per day. We’re trying to help you cross off as many bucket-list items as possible!

Either $5 or 5% of the amount of each transfer, whichever is greater.

The 50 Safest Cities in the World 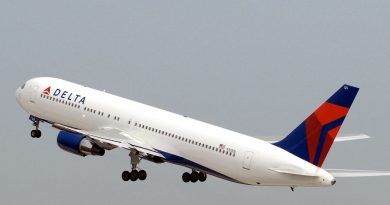