When
disaster struck, these crew members stepped up to help rescue
passengers and other sailors in need of assistance.

A Norwegian Cruise Line crew member who fell overboard was rescued by a Carnival cruise ship after treading water for 22 hours.

When a crew member fell off the Norwegian Getaway cruise
ship in 2018, the US Coast Guard
called off their search after looking for hours, ABC 7
Eyewitness News reported.

Then, passengers on the Carnival Glory spotted him in the water.
A rescue boat pulled him to safety and brought him onboard the
ship. The man had spent 22 hours treading water.

A Royal Caribbean ship rescued two sailors who had been adrift for 20 days.

The Miami Herald reported that the Royal Caribbean ship Empress
of the Seas
rescued two sailors who were lost at sea for 20 days in
December 2018. The sailors were found between Grand Cayman
and Jamaica along a route the ship had been diverted to due to
bad weather.

“Sometimes a little luck is all you need for a miracle,”
Royal Caribbean’s chief meteorologist James Van Fleet told the
Herald.

An MSC Cruises crew member dove into the ocean to save a woman who fell overboard.

According to Independent.ie, a woman reportedly fell off of the
MSC Seaview cruise ship while it was docked in Genoa, Italy. A
member of the ship’s crew
jumped in after her and brought her to safety within minutes.

“MSC Cruises wishes to commend the crew member and
shipboard teams that were involved in the salvage action and who
acted in the quickest and most effective way, securing the safety
of the concerned passenger,” MSC Cruises said in a statement to
Independent.ie.

A Carnival cruise ship turned around to answer a distress call from a man whose boat was sinking in Cozumel, Mexico.

The Carnival Paradise cruise ship was on its way back to Tampa
from Cozumel when it
received a distress call about a small boat with a man
overboard. The 2,400-passenger ship turned around and came to the
rescue.

“Carnival Paradise reversed course and lowered a rescue boat,
brought the mariner onboard and provided food, water and medical
treatment,” a Carnival spokesperson told USA Today. “Carnival
Paradise personnel coordinated with Mexican authorities to
transfer the mariner, a Mexican national, to a ferry boat and
take him ashore. He was in good condition.”

Crew members on a Princess Cruises ship worked with the US Coast Guard to rescue two people whose plane crashed in the Caribbean Sea.

When a small plane crashed off the coast of the Turks and Caicos
islands, crew members on Princess Cruises’ Regal Princess worked
with the US Coast Guard to rescue two people who had been inside.
7News Miami reported that the cruise ship
deployed lifeboats and pulled them from the water as the ship’s
passengers cheered.

“Princess Cruises can confirm that upon request from the US
Coast Guard, Regal Princess assisted in the rescue of two US
citizens, whose private aircraft went down southeast of Grand
Turk in the Caribbean Sea,” Princess Cruises said in a statement
to 7News Miami.

A Princess Cruises ship rescued fishermen from a lifeboat after their boat sank off the coast of England.

The Guardian reported that the Pacific Princess ship of Princess
Cruises
reversed course in order to rescue three fishermen whose boat
sank about 25 miles off the coast of Great Yarmouth,
England. The sailors had been clinging to a life raft for four
hours before they were picked up by the Pacific Princess.

A woman who fell overboard from a Norwegian Cruise ship was saved by the crew.

A 52-year-old woman fell off Norwegian Cruise Line’s Epic ship
and was
safely recovered by the ship’s crew, according to WFTV.
Passengers heard the woman calling for help from the balcony as
the ship sailed near the Bahamas.

“As soon as the report was made, the ship maneuvered to
allow the crew to begin a search,” a Norwegian Cruise Line
spokesperson told the outlet. “After recovery, the guest was
taken to the onboard medical facility for evaluation. It has been
reported that she is in stable condition.”

A Disney cruise ship rescued a man who jumped off a Carnival ship, reportedly after an argument.

A man who went overboard from the Carnival Sensation cruise ship
was
rescued with the help of the Disney Wonder ship, ABC News
reported.

A passenger reported hearing an argument where the man threatened
to jump off the balcony and a woman responded “Go ahead” before
the man’s cries for help were heard from the water.

The man treaded water for an hour and a half in the dark before
he was rescued by the Disney Wonder. 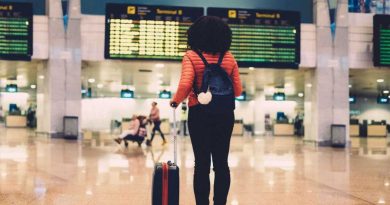 What to Expect When Flying This Summer