EXCLUSIVE for MoS readers – a D-Day date with Andrew Roberts and Lord Dannatt: Join a leading historian and the former head of the Army on this anniversary cruise from Paris to the battlefields of Normandy

Join one of Britain’s most eminent military historians and the former head of the British Army on this fascinating journey tracing one of the most seismic events of the last century – Operation Neptune in Normandy.

You will travel 75 years after Allied troops landed on the beaches of northern France – the largest seaborne invasion in history, now universally known as D-Day.

You will begin your journey in Paris, where you will board your superb Uniworld river cruise ship. 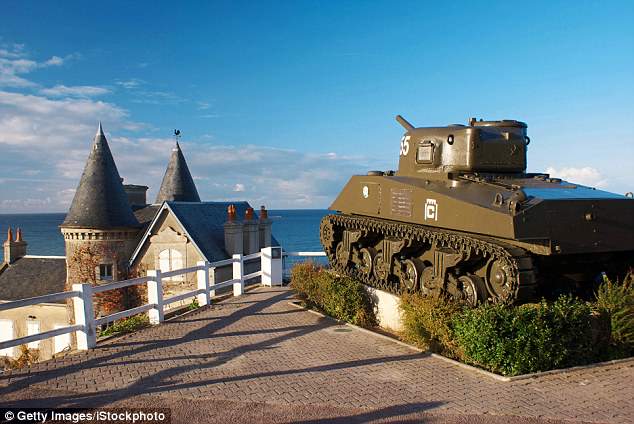 Memorial: A Sherman tank above Arromanches beach (above)

From there you will wend your way through the countryside, rich in chateaux, gastronomy and gardens, including the home of Monet, before approaching the coastal towns that played such a vital part in the Second World War.

Andrew Roberts will be there to share his expert insight into the extraordinary planning behind the invasion – and the courage witnessed on the five beaches of Normandy.

Then Lord Dannatt, founder patron of Help For Heroes, will give context to the events from a military perspective and explain their legacy today.

Travelling in the anniversary year – and in such knowledgeable company – will make for a unique and poignant journey that will live long in the memory. 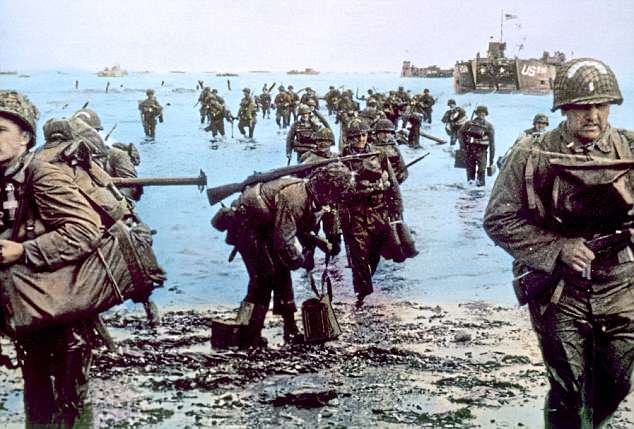 American troops land on Omaha Beach during the Invasion (above)

You will listen to two fascinating, exclusive talks with Q&A from Andrew Roberts, covering the grand strategy of the Allies during the Second World War, the role of D-Day and why Hitler lost.

As well as accompanying readers to Dieppe, where Operation Jubilee (the forerunner of D-Day) took place, Lord Dannatt will talk about the modern-day soldier and Help For Heroes.

You will sail on board Uniworld’s newest Super Ship – SS Joie de Vivre, one of the most luxurious ships in France. Featuring handcrafted furniture, antiques and artwork inspired by 20th Century Parisian design, this all-suite ship also has fine French cuisine. This is an all-inclusive itinerary, covering meals, drinks, tips and excursions.

Visit to the beaches

There’s nothing that can prepare you for the profound emotional experience of going to the beaches where the D-Day landings took place. You will also attend a remembrance of Operation Overlord, including a private ceremony at the Omaha Beach memorial.

As well as the military history, you will explore some of the many other cultural highlights of the region, including the magnificent Palace of Versailles, and the sites that inspired the great Impressionist painter Claude Monet. 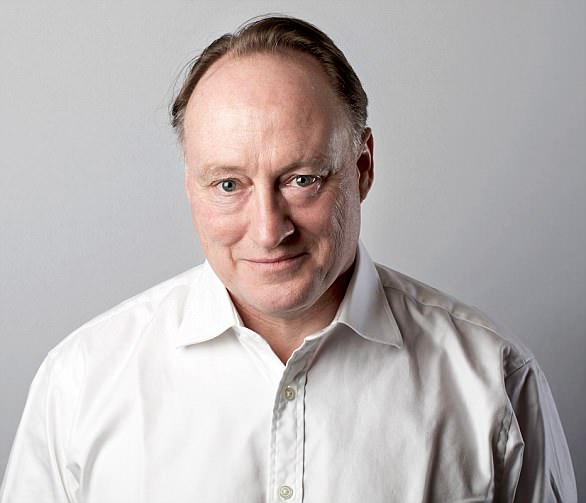 Join Andrew (above) on this special commemorative trip

One of the world’s leading historians and biographers, he has a PhD from Gonville & Caius College, Cambridge and is a Visiting Professor at the War Studies Department of King’s College, London. He has written 13 books, including the award-winning The Storm Of War: A New History Of The Second World War and Masters And Commanders. His biography, Churchill: Walking With Destiny, will be published in October. 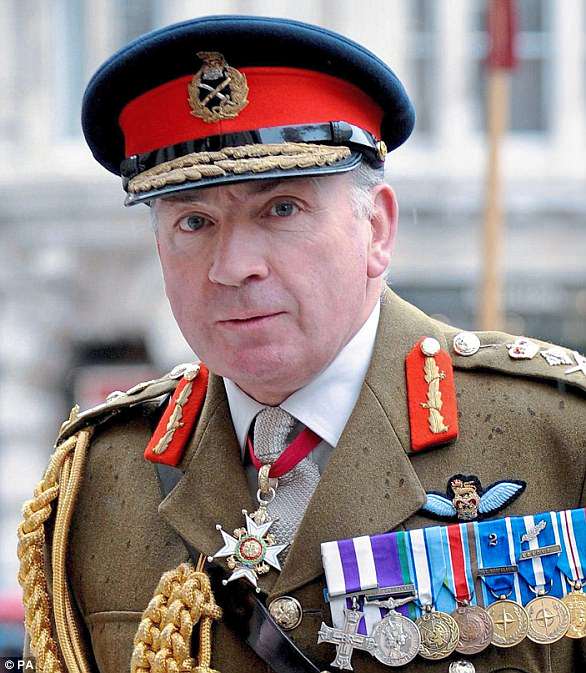 Lord Dannatt is a distinguished and decorated former British Army officer. He was commissioned into the Green Howards in 1971 and was awarded the Military Cross following his second tour of duty in Northern Ireland. He was Chief of the General Staff between 2006 and 2009 and since his retirement he served as a defence adviser to David Cameron. His autobiography, Leading From The Front, was published in 2010. He is also the founder patron of Help For Heroes.

Brazil lifts visa requirement for US, Canada, Japan and Australia

Delta sets goal to be carbon neutral. Here's what that does – and doesn't mean.