Home » Travel » A Guide to U.S. Airline Change Fees, from the Most Flexible to the Most Expensive 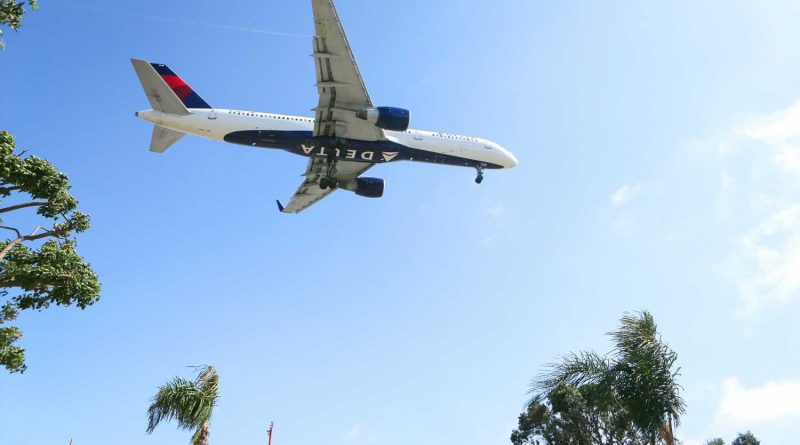 Airline change fees can be confusing—especially now, as widespread travel is restarting. During the pandemic, several major U.S. airlines dropped change fees for good in the majority of fare classes for most flights originating in North America. But that doesn’t mean all fares and carriers offer the same flexible policies. (Hint: If you’ve booked a basic economy fare, the rules are much more restrictive.)

It’s important to note that in special circumstances, like a storm or other foreseen situations that could interfere with travel, airlines may issue a travel waiver allowing fee-free changes for all fare classes on certain affected routes. (Many airlines had waivers for COVID-19, but most are coming to an end.) In those instances, it’s worth checking your airline’s website for such a waiver before you rebook.

Something else to keep in mind: the Department of Transportation’s 24-hour cancellation rule. This federal regulation that applies to all flights booked at least a week before the departure date. The rule stipulates that airlines operating within the U.S. must allow travelers hold a reservation at the quoted fare for 24 hours without payment, or allow a purchased reservation to be canceled within 24 hours without penalty and with a full refund to the original form of payment.

Here’s a rundown of all U.S. airline change fees, so you can plan accordingly.

For its main cabin and first class fares, Alaska Airlines has eliminated most change fees. (Any difference in fare, however, will be charged.) The only change that will incur a small fee—ranging from $25 to $50—is one made on the same day you’re scheduled to fly, which can be made during the check-in window. No difference in fare is charged for same-day changes. Most partner award tickets can also be changed online for free.

The key to avoiding cancellation and change fees on this budget carrier is Trip Flex, a trip-insurance policy that costs $29–$43 at booking. It’ll let you make changes or cancel free of charge. You’ll be refunded your base ticket price, minus any fees, though it goes back on your account as future travel credit. (That means you’ll have to be allegiant to Allegiant, at least for one more flight.)

If you don’t buy the insurance ahead of time and something comes up, you’ll pay $25 to change or cancel your itinerary, per segment. This is a temporarily reduced fee (down from $75 per segment) due to COVID-19, and it currently applies to tickets booked after May 1, 2021, with no announced end date as of yet.

In those four cabins—excluding basic economy—change fees have also been eliminated on most long-haul international flights. If your flight originates in North or South America and you’re flying to Asia, Australia, Europe, New Zealand, North America, South America, or the United Kingdom, there are no change fees.

Through June 30, 2021, American is waiving change fees for flights originating outside of North and South America. After that, it isn’t clear how much it will charge, but pre-COVID the fees ranged as high as $750 for international flights.

The new policies also apply to award ticket bookings. For any ticket changes, you will need to pay the difference in fare. If the new fare is lower, the difference will be issued as a travel credit. Basic economy fares on all routes are still subject to restrictive rules: they are non-changeable and non-refundable.

Upstart airline Avelo does not charge fees to change or cancel your flight. Passengers can change or cancel their reservations up to 15 minutes before departure. Canceled fares will be converted into a travel credit for future use. Flights booked at least a week before the departure date that are canceled within 24 hours of purchase are eligible for a refund to the original form of payment.

New carrier Breeze Airways also allows free changes or cancellations of flights up to 15 minutes before departure. “Flights cancelled within 24-hours of booking will be refunded to the original form of payment,” the airline’s policy says. “All other reservations will be refunded in the form of BreezePoints and reusable for up to 24 months.”

Delta no longer charges any change fees on flights originating in North America for tickets booked in main cabin, comfort plus, first class, premium select, or Delta One. Passengers only need to pay the difference in fare. Basic economy fares on all flights are not changeable or refundable.

For flights originating outside of North America, Delta is currently waiving change fees under its COVID-19 travel waiver for all cabins except basic economy. While it’s not clear what reservation changes will cost when that policy ends, the fees for international flights previously ranged between $200-$500, and changes within 24 hours were $75.

Booking farther out has its perks on Frontier: You can change or cancel your flight for free 60 or more days before your departure date. Changes or cancellations between 59 days and seven days from departure cost $39, and six days or less before your trip they cost $59 (including same-day changes). Like Allegiant, Frontier’s insurance policy, The Works, can be purchased for flight changes and refunds. (It’ll cost $49–$69 each way, but also includes one carry-on bag, one checked-bag, and priority boarding.)

There are no change fees for any bookings or award tickets made on any route in Hawaiian Airlines’ network for fares in main cabin or higher. Any difference in fare must be paid. Main cabin basic tickets cannot be changed, however they can be canceled seven or more days before departure without any penalty if requested within 24 hours of purchase.

JetBlue’s policy is based on both fare class and route. For Blue, Blue Extra, Blue Plus, and Mint fares, there are no fees to change or cancel your flight. Only the difference in fare is charged.

If you booked an award ticket with TrueBlue points, changes aren’t permitted. But you can cancel the fare and the points will be redeposited into your account (and any cash paid issued as a travel credit) at no charge. You can then rebook a new flight, however cancellations of a single leg of a roundtrip itinerary are not allowed.

Same-day switches can be made for $75 for all fare classes—including Blue Basic—and are free for Mosaic members or Blue Extra fares. Any changes are best made online: A $25 fee per person applies for changing or canceling a reservation by phone.

Budget carrier Southwest has never charged change fees or cancellation fees—ever—but you will have to pay the difference in fares. (If the new fare is cheaper, the difference will be issued as a refund or as a travel credit valid for one year from the original booking.) Changes are allowed up to 10 minutes before departure time.

Similar to Frontier’s policy, changes or cancellations on Spirit are free 60 days or more before departure. Between 15 to 59 days from departure the fees cost $39; from 7 to 14 days before your flight the fees jump to $59; reservation adjustments within 6 days or fewer from your flight will set you back $79.

Cancellations made within 24 hours of booking, for flights seven or more days away, are eligible for full refunds.

You have to pay change and cancellation fees per segment at Sun Country, but if you make changes 60 days or more before your departure, it’s free. Within 14 to 59 days of your flight the fee jumps to $50 per passenger, per segment, and changes made within 13 days or less from departure cost $100 per segment, per passenger. All Sun Country flights are non-refundable.

Similar to American, United has nixed fees for flight changes or cancellations for domestic and short-haul international flights in all cabins except for basic economy fares. That means free changes if you’re flying within the U.S. (including Alaska, Hawaii, the U.S. Virgin Islands, and Puerto Rico), or between the U.S. and Mexico or the Caribbean in economy, economy plus, first, business, Premium Plus. You’ll just have to pay the difference in fare.

Basic economy tickets are not changeable or refundable, but they are eligible for same-day standby—as are all other fare classes. Also Mileage Plus Premier members may now also be able to same-day confirm seats on an earlier flight at no charge.

One important note is for award tickets: United will still charge a miles redeposit fee with 30 days of travel for both domestic and international flights.

Jesse Mulligan: An ode to fish and chips

America's biggest travel nightmares (and how to avoid them)