After a seven-year repatriation case, a 2,000-year-old funerary sculpture looted from the ancient Libyan city of Cyrene has finally been returned to its original home. The case began in 2013, when the sculpture was seized at Heathrow Airport after being identified as an illegally excavated funerary relic—trafficked into the U.K. by an underground dealer.

When Peter Higgs, a curator at the British Museum, was called to investigate the scene, he was immediately able to identify the rare work. “It’s stunning,” Higgs recently recalled to the Observer. “It is a beautiful, three-quarter-length statue, very well preserved with just a few fingers missing. It is technically brilliant in the way it has been carved, with very sharp details, and the face is very well preserved considering many Greek statues have lost noses.”

Originally crafted to ornament a lavish tomb, the treasure is thought to depict the goddess Demeter or her daughter Persephone. As the queen of the underworld, Persephone was often incorporated into funerary scenes as an emblem of the afterlife. With a doll in hand and a snake bracelet around her wrist—a signifier of death and rebirth—the sculpture is perhaps “the rarest of the Cyrenaican funerary statues” out there, according to museum officials.

In 2015 a judge ruled that the statue was owned by the state of Libya. Since then, it has sat in the basement of the British Museum as the details of its return were sorted. The statue is now one of more than two thousand works that the institution has worked to help repatriate since 2009. “This is not a sculpture that is being returned from the British Museum collection,” a spokeswoman for the institution stressed. “[It] is part of our work in helping to identify and return illicit trade coming into the U.K. for potential sale.” After a history of repatriation-related controversies, most notably in their continued possession of the Elgin Marbles, it comes as no huge surprise that the British Museum would be particularly vocal and proactive when it comes to this matter.

Get a Sneak Peek at the Largest Plane in the World 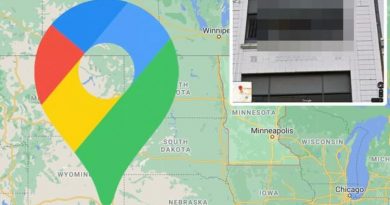