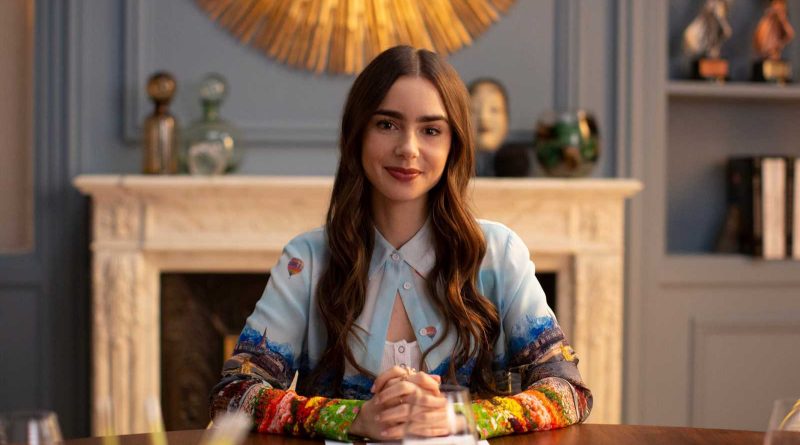 Sources close to the production of “Emily in Paris” are hitting back after the LA Times published a report that revealed over 30 Golden Globes voters were flown to Europe in 2019 for a luxurious tour of the show’s Parisian set.

The story, which reports on what the Times described as allegations of “ethical conflicts” within the Hollywood Foreign Press Association, the influential organization that runs the Golden Globe Awards, was published last week.

It said that Paramount – the original studio behind “Emily in Paris” – paid for HFPA members to attend a junket that included a two-night stay at the five-star Peninsula Paris hotel where rooms cost $1,400 a night before a private lunch at the Musée des Arts Forains, a private museum in the city.

A person familiar with the show’s production and the junket told Insider in a statement that “it’s unfair to say the conference is why the noms came through. In fact, several reputable publications predicted ‘Emily in Paris’ and Lily Collins would be nominated in both of their categories – including LA Times, Vanity Fair, Indiewire and Variety.”

“‘Emily in Paris’ is consistent with the type of shows the HFPA nominates (freshman series, international setting, they LOVE Lily Collins),” the statement continued. “Most importantly, it should be recognized and supported that ‘Emily In Paris’ is a hugely popular and successful show.”

The source continued refuted several claims that appeared in the LA Times report, saying that Paramount “did not fly the HFPA to Paris” but instead “worked directly with the HFPA and followed the rules and guidelines.”

The source also said that the hotel rooms provided to HFPA members at the Peninsula Paris were not $1400 a night and instead 30 rooms had a “nightly rate of $944 and the remaining [three] were $1000.”

“Thirty-three [HFPA] members attended, not all 90-something of them,” the source noted.

A source also made sure to note that other members of the press visited the Parisian set, including the LA Times.

Speaking about the two-day set visit, a source close to the HFPA told Insider that the trip wasn’t out of the ordinary in the entertainment industry and denied it had any effect on nominations.

“As is common with entertainment journalists from around the world, HFPA members attend set visits, premieres, and press conferences. The notion that these visits have any influence over nominees for the Golden Globes is absurd,” the statement read. “For example, from 2019-2020, members of the HFPA attended more than 60 different set visits or press conferences in different locations across the globe.”

The source continued: “The studio invited the HFPA as part of a general set visit for press, including press from many other publications who are not affiliated with the HFPA. We also want to be clear that non-HFPA members, including from many major publications in the US and abroad, are offered fully paid attendance by studios at junkets.  The HFPA, on the other hand, pays for the airfare of its own members, as was the case for this trip.”

“Emily in Paris,” which was acquired from Paramount by Netflix, premiered on the streamer late last year. The show follows the life of a young American ex-pat in Paris, who works at a high-end marketing firm.

Despite widespread critical panning, the show picked up two Golden Globes nominations earlier this month, including best TV comedy or musical, which shocked many viewers as well as industry insiders.

Deborah Copaken, who is a staff writer on the show, wrote in an op-ed for The Guardian that she was “stunned” that “Emily in Paris” received two nominations while Michaela Coel’s acclaimed drama “I May Destroy You” was completely snubbed.