Africa’s jumbo hike! Joining a four-day trek to find Uganda’s CAVE elephants – and they are worth every step

Today you’ll climb the ladders and cliffs known as the Wall of Death,’ says Peter, chief warden at Mount Elgon’s National Park office in Uganda. ‘Nobody,’ he adds, ‘has yet died on them.’

My daughter, Anya, 22, and I look at one another. It’s too late to turn back. We’ve already flown eight hours to Nairobi, then another 75 minutes to Entebbe. 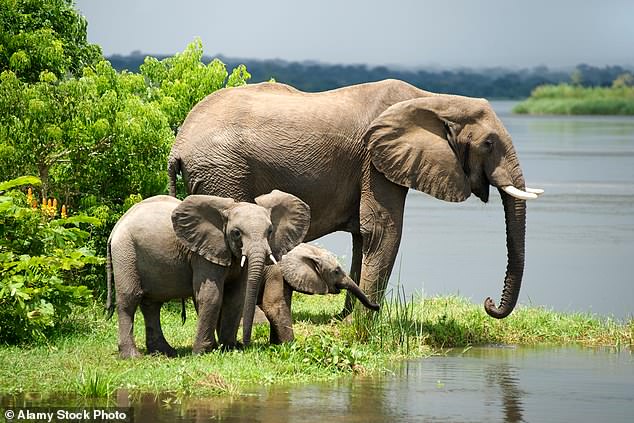 Majestic: Cave elephants are known to spend nights in caves and scrape salt off the rocky walls with their tusks

Eventually we reach Mbale town, sleep six hours at Mt Elgon Hotel — with its panoramic view of Mt Elgon, a 24 million-year-old extinct shield volcano — then get up at 5am to start our expedition.

Our goal is to hike for four days in this little-explored area of Uganda, and then across to Kenya. We’re searching for cave elephants. They’re unusual because they tend to spend their nights in caves, scraping salt off the rocky walls with their tusks.

Soon we’re bumping along a dirt track to Bumasola, the trailhead for the Sasa Trail. It’s the park’s most popular route, although a mere 908 people walked it last year.

‘Dinner,’ he explains. We start our hike, clambering up a slippery, rocky path alongside sweet potato and cassava plots. Will the 32 miles from start to finish be as strenuous? Children and barefoot Bagisu tribesmen stagger down with sacks of ‘Irish potatoes’ on their heads. ‘Mulembe [hi],’ they say. Three miles on, we reach the ‘ladders’ ascending the 984 ft-high Mudange Cliffs — the ‘Wall of Death’.

‘People used to climb the cliffs by rope,’ explains Alex, head guide. The terrain is so difficult that we take five hours to walk 3.4 miles on the first day. But despite that, you don’t have to be super fit.

At Sasa River Camp, the first of our two overnight camps, the porters pitch our tent inside a hut. The chef cooks beans and rice over a big log fire, and the chicken lives to see another day.

That night, I shiver in three pairs of trousers, four T-shirts and an anorak in our lightweight sleeping bag. It’s three degrees in June. 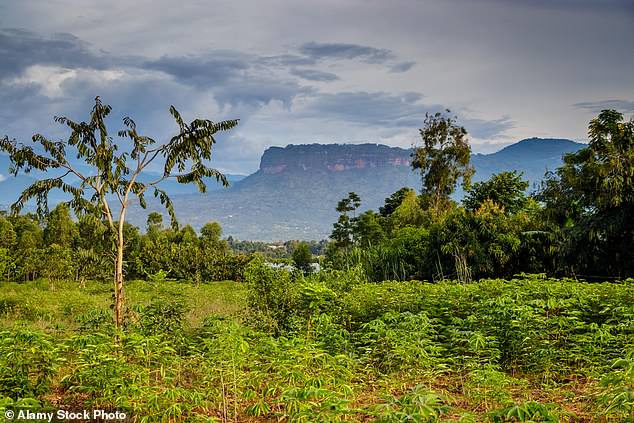 Epic trek: Climbing Mt Elgon in search of cave elephants is tough but the views along the way are spectacular

‘Monkeys came when you were asleep,’ Alex tells us, over breakfast. It’s possible to spy leopards, baboons and buffalo, too.

Then there’s Suam Gorge, dotted with coffee smugglers’ caves and the five-mile-wide caldera with its Jurassic Park-style landscape.

Finally, we reach Kenya, Kitum Cave’s location, where elephants and antelope go for their salt lick. It’s pitch-black, the ground carpeted with elephant dung, the air filled with fruit bats screeching. As we shine phone torches, a thousand yellow eyes gleam spookily from the ceiling.

We marvel at the ‘tusk art’, where elephants have scratched off the walls for salt. When these ‘etchings’ were first discovered, they were reckoned to be the work of ancient Egyptian gold diggers.

At last the rangers locate the elephants. After an hour’s bumpy car ride, we scramble with 40 locals to the top of a rocky hillock. Soon Babar and family hove majestically into view 50 ft away, moving slowly, tearing down branches. It’s an awesome sight — and a grand finale. 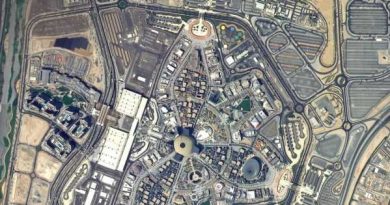 Inside the $4bn masterplan to keep Expo 2020 Dubai moving

France quarantine will not apply to Britons after u-turn