An Air India pilot who failed two breathalyser tests before he was due to operate a flight from Delhi to London on Sunday 11 November has lost his pilot’s licence.

Directorate General of Civil Aviation (DGCA), the Indian civil aviation regulator, confirmed Arvind Kathpalia, who is also the airline’s operations director, has been suspended from flying for three years.

“I am going to contest this.”

However, since the DGCA’s ruling, Kathpalia has said it “is a rule and so it is meant to be followed” and that he “doesn’t see how” to contest it.

“The privileges of his license have been suspended for a period of three years from 11 November 2018 as per the provisions of applicable regulations,” a spokesman at the DGCA said of Kathpalia in a statement.

It’s not the first time he has fallen foul of a breathalyser test. Kathpalia was suspended for three months in 2017 after allegedly refusing to take a test before a New Delhi-Bengaluru flight.

He blamed the missed test on scheduling issues and claims he is a victim of internal politics.

Kathpalia said “everyone is fighting with everyone” at Air India and that “there is a lot of animosity after the merger,” between the airline and Indian Airlines, which took place in 2007.

Some 132 pilots in India have failed mandatory pre-flight breathalyser tests from 2015 to 2017, the Indian parliament heard in August.

Minister of Civil Aviation Suresh Prabhu said that 112 of these received three-month suspensions for first-time offences, while 15 were repeat offenders who were suspended for three years.

This follows an incident on 1 November when a Japanese pilot admitted to being almost 10 times over the alcohol limit shortly before a flight from Heathrow Airport.

Drunk first officer Katsutoshi Jitsukawa, 42, was arrested at the airport after failing a breath test just 50 minutes before Japan Airlines (JAL) flight JL44 to Tokyo was due to take off with him in the cockpit.

He pleaded guilty to exceeding the alcohol limit at Uxbridge Magistrates’ Court, according to a Metropolitan Police spokesperson.

Tests revealed he had 189mg of alcohol per 100ml of blood in his system – nearly 10 times the legal limit of 20mg for on-duty pilots. The drink-drive limit in England, Wales and Northern Ireland is 80mg.

Jitsukawa was remanded in custody and will be sentenced at Isleworth Crown Court on 29 November.

How much hand baggage can you take on a Ryanair flight? Where should you be travelling in 2019? Can you claim compensation for a delayed flight?

Travel expert Simon Calder will be answering all your questions at our upcoming event, Ask Simon Calder.

Register your place today by logging into Independent Minds

How We're Thinking About Money for Future Trips: Women Who Travel Podcast

Discounted Universal Orlando Packages Available for One Day Only 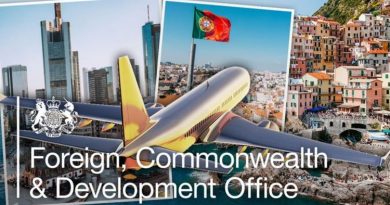