A BOSTON couple flew nearly 5000km for a relaxing holiday in California, only to find themselves in the middle of nightmare.

Medical residents Jaleesa Jackson, 29, and Chiedozie Uwandu, 28, wanted to take a break from their hectic schedules and decided to rent a small guesthouse in Los Angeles through holiday website Airbnb.

The couple chose a short-term rental from “super host” JJ for the weekend.

The two were greeted with a bottle of chilled wine and a welcome note from JJ. The couple were enjoying their time together, The Boston Globe reports, until around 5.30am on their first morning.

Dr Jackson told The Globe she woke to a loud banging on the door and got up to see what was happening.

“I know you’re in there, Kevin,” the voice allegedly shouted from outside.

Dr Jackson said she opened the door to see an angry man yelling and told him to go away. She then called JJ for help and heard the phone ringing outside the door.

“Yeah, that was me,” JJ told Dr Jackson of the knocking incident. “Sorry about the confusion. Life’s too short for me to give you an explanation. Have a nice time in LA.”

The couple were shocked by their experience.Source:Facebook

Dr Jackson said JJ hung up and she and Dr Uwandu put it in the back of their minds.

Then at around 2am the next morning, the sleeping couple was woken by a man crashing through a large window into the bedroom.

Dr Uwandu said he pinned the man on the ground and told Dr Jackson to call police.

“I had no idea what was happening,” Dr Uwandu told the outlet. “But I reacted like we were under attack.”

The man was able to get himself loose and ran out of the house — but not before Dr Jackson recognised him as their host, JJ. Dr Jackson said she and Dr Uwandu grabbed kitchen knives and hid in the kitchen while they waited for police to arrive.

Soon after, officers came to the house carrying JJ in handcuffs. According to police officers, JJ had told them he acted the way he did because Airbnb ordered him to evict the couple over “cleaning fees”.

Their Airbnb experience was memorable — for all the wrong reasons.Source:istock

However, the couple’s strange experience did not end there — during the incident, an elderly woman came out of the main house and started questioning the two about who they were and why they were there. Dr Jackson and Dr Uwandu explained they were Airbnb guests, to which the woman, who owned the property, said JJ was not authorised to rent it to others.

“But he rents it all the time,” the couple told her. “Didn’t you notice all the people coming and going?”

“I thought those were JJ’s friends visiting him,” she said.

The couple said they called Airbnb to refund the $A1000 they paid for the trip, and that the company agreed, but they did not pay them until last week — nearly four months after the incident.

The company allegedly offered the couple a stay at another Airbnb, but Dr Uwandu said they refused and went to a Hilton, where they had to spend $3260 for the room, parking and hotel expenses.

They got a lot more than they’d bargained for.Source:Facebook

The couple is asking Airbnb for $7000 in compensation — an offer the company countered with at $3500.

Airbnb has apologised for the incident.

“Our original handling of this incident fell well below the high standards we set for ourselves,” a spokesperson said.

“We have apologised to Dr Jackson and Dr Uwandu for our insufficient response. We are currently working with them to make this right, and we are reviewing every aspect of this case from the reports of the host’s disturbing behaviour to our response.

“Our community’s safety is our priority. We are deeply sorry for the anguish and inconvenience our guests have experienced and again we are working to make it right.”

This story originally appeared on Fox News and was republished with permission. 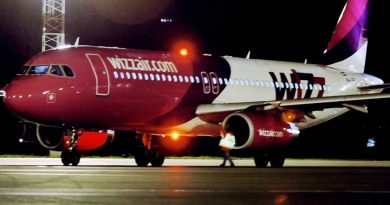